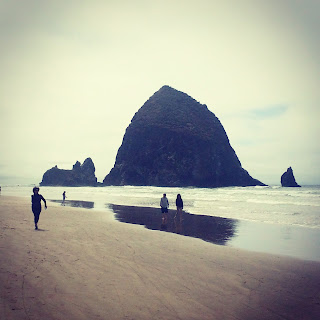 After attending a wedding in the Portland, Oregon area we took a couple of extra days to visit the Oregon Coast. We visited Cannon Beach with its iconic Haystack Rock and then traveled up to Seaside, Oregon where we spent the night. 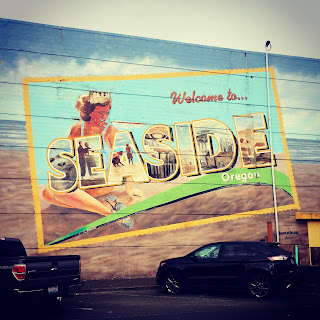 The next day we made a number of stops along the way to Astoria. As we visited various sites along the way I was remembering a trip that we took to the same area in 1975. I really enjoyed visiting the same places over 40 years later and remembering times long ago. One of the places that we revisited was Fort Clatsop, where the Lewis and Clark Expedition stayed near the mouth of the Columbia River during the winter of 1805-1806.

Photos of Fort Clatsop from 1975 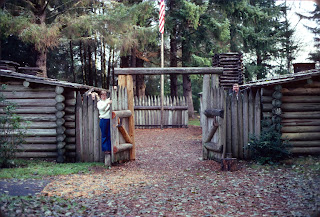 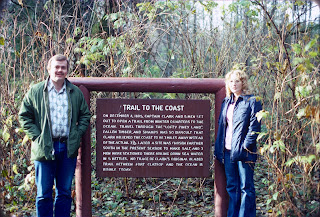 Lewis, Clark, and their men had made the difficult trip from the upper Missouri River across the rugged Rockies, and down the Columbia River to the ocean. They wintered in the relatively mild climate of the Pacific Coast while winter raged in the mountain highlands.

The men finished building a small log fortress by Christmas Eve; they named their new home Fort Clatsop, in honor of the local Indian tribe. During the three months they spent at Fort Clatsop, Lewis and Clark reworked their journals and began preparing the scientific information they had gathered. Clark labored long hours drawing meticulous maps.

Rain fell all but twelve days of the expedition’s three-month stay. The men found it impossible to keep dry, and their damp furs and hides rotted and became infested with vermin. Nearly everyone suffered from persistent colds and rheumatism.

The expedition headed back home, leaving Fort Clatsop on March 23, 1806. The region they explored later became the state of Oregon–Lewis and Clark’s journey strengthened the American claim to the northwest and blazed a trail that was followed by thousands of trappers and settlers.

Photos of Fort Clatsop from 2016 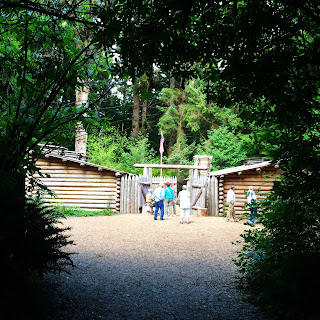 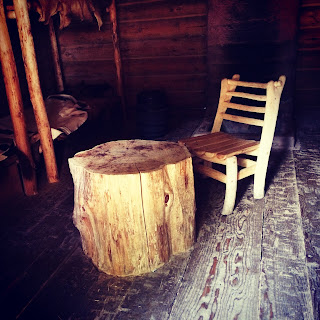 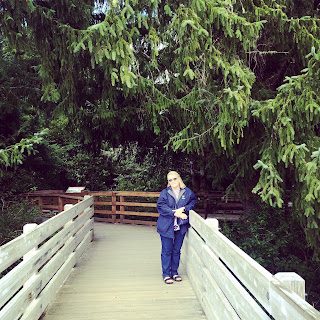 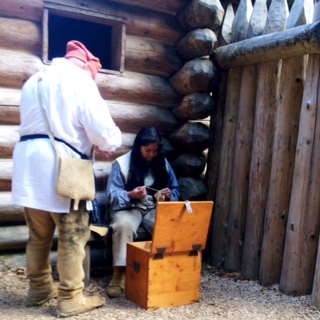 Another place that we revisited was the shipwreck of the Peter Iredale. On September 26, 1906, the Iredale left Salina Cruz, Mexico, bound for Portland, where it was to pick up a cargo of wheat for the United Kingdom. Despite encountering heavy fog, they managed to safely reach the mouth of the Columbia River early in the morning of October 25. The captain of the ship, H. Lawrence, later recalled that, as they waited for a pilot, “a heavy southeast wind blew and a strong current prevailed. Before the vessel could be veered around, she was in the breakers and all efforts to keep her off were unavailing.” The Iredale ran aground at Clatsop Beach, hitting so hard that three of her masts snapped from the impact. Fortunately, none of the crew were seriously injured. Captain Lawrence ordered that the ship be abandoned. 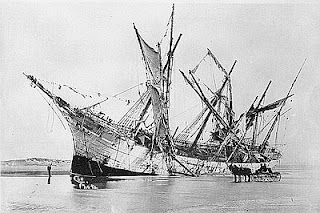 All twenty-seven crewmen made it safely to the shore. Captain Lawrence stood at attention, saluted his ship, and said “May God bless you and may your bones bleach in these sands.” The British Naval Court later ruled that the sudden wind shift and the strong current were responsible for the stranding of the ship, and that the captain and his officers were “in no wise to blame.”

The shipwreck became an immediate tourist attraction. The day after the ship ran ashore the Oregon Journal reported that the wreck “proved a strong attraction…and in spite of the gale that was raging scores flocked to the scene of the disaster.” They noted that the Astoria & Columbia River Railroad was already planning to run excursion trains to the site.

Although the ship has been broken up by wave, wind, and sand over the years, the wreck of the Peter Iredale continues to be a popular tourist attraction.

Photos of the Peter Iredale through the years 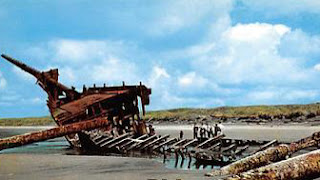 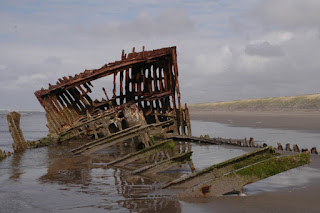 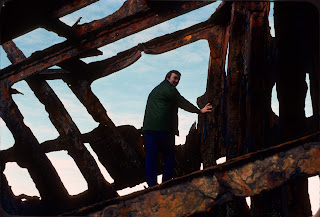 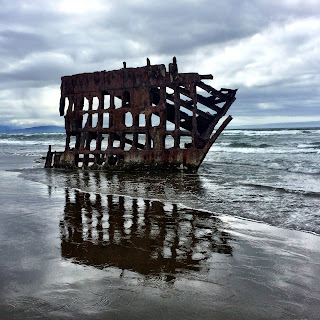 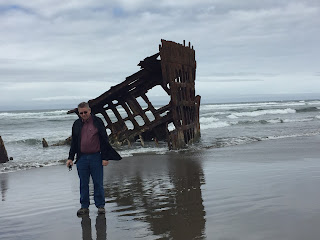 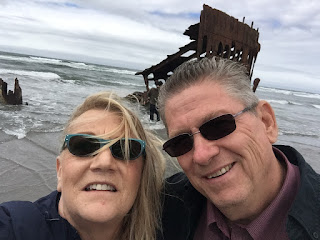 Another place that that we revisited was South Jetty. Construction began on the first jetty on the south side of the Columbia River in 1885, and the system was completed by 1917. The U.S. Army Corps of Engineers built the jetty to concentrate the flow of water from the river into the ocean, thereby creating a deeper, more stable channel through which ships could navigate. Railroad tracks were laid on top of the jetty so that trains could bring more material as the jetty was extended. Railroad ties were still there when we visited in 1975 but are no longer there. 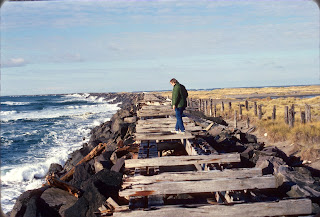 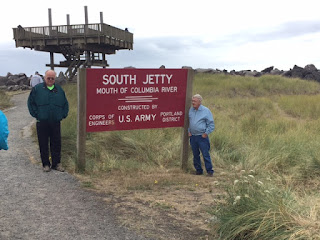 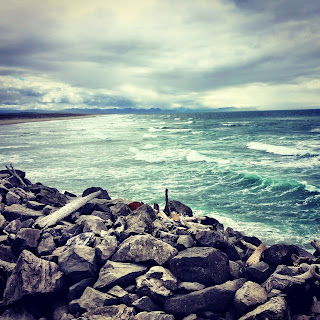 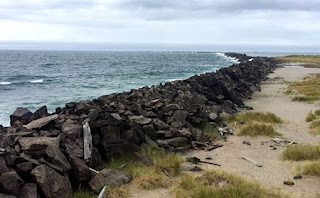 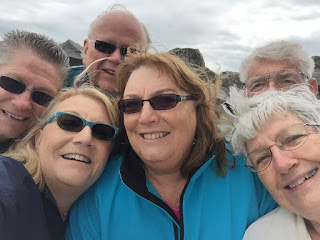 At the end of a lovely day we visited Astoria. I know that we were there in 1975 but I couldn't find any photos from then, Here are photos from Astoria from this year. 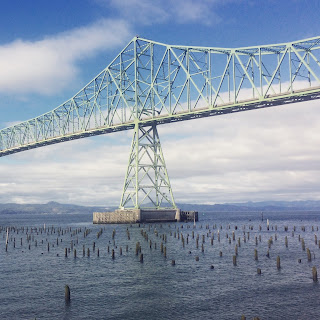 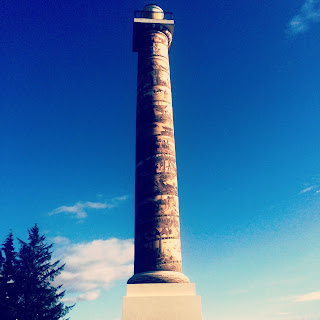 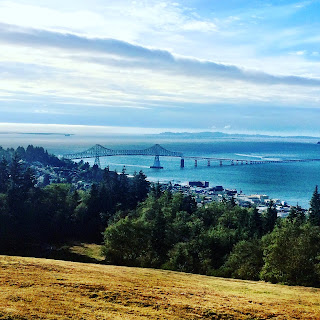 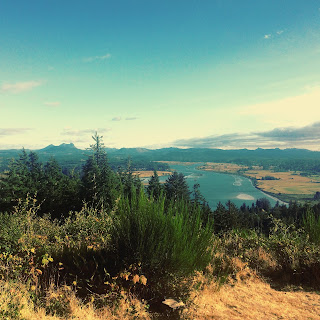 I want to say thank you to my brother-in-law and sister-in-law for making both the 1975 trip and the 2016 trip so special!
Posted by Richard Lawry at 9:14 AM