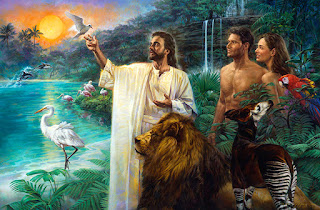 In Genesis chapters 1 and 2, we read the story of creation. During the week of creation God created material spaces on the first three days, and then on the next three days He filled those spaces with life.

God did not need to rest because of physical exhaustion, but rested in the sense of satisfaction. God wasn’t tired, He was happy, He was pleased, He was fulfilled. He had been giving, giving, giving; pouring out His energy to create. Now He had completed the task and was experiencing the pleasure of His creation.

So God “sanctified” the seventh day. The word means set apart; that is unique or distinct. God gave us the Sabbath as a unique space in time for the enjoyment of fellowship between Himself and us, as a constant recurring reminder that the nature of our relationship with Him is one of fellowship and reciprocal love.

Human beings were created during the latter half of the sixth day, after all of God’s “work” of creation was already “finished.” Therefore, they did not participate in the work of Creation, nor did they even witness God engaging in the act of creating. Imagine the scene. Adam awakes to life, and the first thing that he sees is the face of his Creator. They make eye contact. What a moment! God says something like, Hello! Welcome to existence! I’m your Creator, and I made all this beauty for you.

Adam senses that he is loved. God then creates Eve. But he doesn’t turn to Adam and say, “Watch this,” and poof, she is created in Adam’s sight. No. He puts Adam to sleep, and then He creates Eve. She, like Adam, awakes to live by faith and Adam opens his eyes a second time to trust His Maker’s word that this most beautiful of all creatures standing before him came forth from God’s creative power. 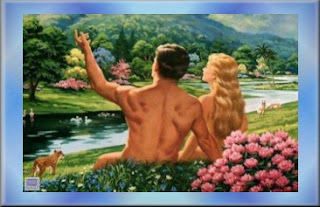 There they stood, the man and the woman, in a beautiful garden receiving by faith, as a gift, all that surrounded them. And think about this, Sabbath was their first full day of life. They rested first, contemplating the reality of their utter dependence on their Creator, and then, energized by His love, they went to work tending the garden on the first day of the week.

Love is the fundamental principle of the character of God. It is how His kingdom operates. Through the prophet Jeremiah God declared both His heart toward us and His method of saving us: “Yes, I have loved you with an everlasting love; therefore with lovingkindness I have drawn you” (Jeremiah 31:3). 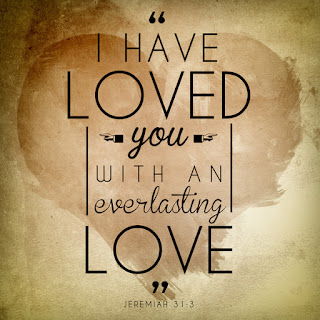 You and I are free to say no to God. So He has taken up the delicate task of saving us from sin while leaving our free will unmolested, intact, and operable.

Grace is the form God’s love takes in relating to sinners. The genius of grace is that it simultaneously frees me and captivates me. I realize there is absolutely nothing I can do to earn God’s favor. I am free to say No to Him and yet I want to say Yes. But if I believe, intellectually or even emotionally, any form of the salvation-by-works lie, I am morally crippled, and defeated. I labor toward God under feelings of guilt, and guilt weakens rather than strengthens my will. 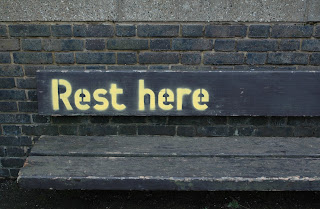 There is a wonderful peace and security in knowing that my salvation is His work and not mine. That is the Sabbath rest Jesus offers. But it’s more than just rest He offers, because with rest comes energy! When I rest in Christ alone for my salvation, His grace energizes me and motivates me with the powerful motive of love as the only true basis for obedience.

Religion says: If I obey, then God will love and accept me.
The Gospel of the Sabbath says: I’m loved and accepted. Therefore I wish to obey.

A few years ago my friend Richie Owens spent a year of his life writing and recording an album. I remember his enthusiasm as he would bring me new songs to listen to. Songs just seemed to pour out of him as he focused on this project. One of my favorite songs that he wrote was titled "Day of Rest." The song talks about the same themes as this blog post.

This is My world, and now it's yours too
And your job is taking care of these things
That I've made pure and true
Six days I've labored, the seventh I've blessed
This will always be our day of rest.

He said, "Sir I have beaten them senseless
Still I can't make them work on this day
They don't seem to care that I'll kill them"
And then Pharaoh asked, "what do they say"

They say it's God's will
what He's asked them to do
Seems Moses and Aaron have told them things
They say their fathers once knew
Six days they'll labor, the seventh is blessed
They say it's their God's day of rest

This is their world, God's made it anew
And their job is taking good care of these things
He has made, sin is through
The conflict is over, and all things are blessed
And they still keep the Sabbath
Cause Sabbath is God's day of rest

Posted by Richard Lawry at 8:33 AM