My An Arkie's Faith column from the October 5, 2016, issue of The Mena Star 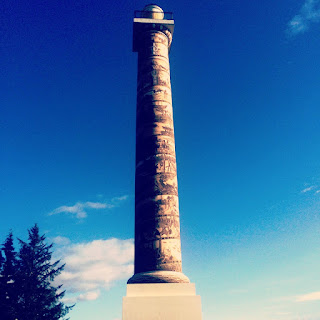 On a recent trip to the Oregon coast, my wife and I visited the Astoria Column. The city of Astoria, Oregon is located at the mouth of the Columbia River and has a population of about 10,000 people. The Astoria Column is one of the most visited parks in the state of Oregon and is the city’s most popular attraction with more than 400,000 visitors each year.

The Astoria Column is part of a series of 12 historical monuments that Ralph Budd, president of the Great Northern Railroad, erected in the early 1900’s between St. Paul, Minnesota and Astoria, Oregon. In 1925, he announced that he wanted a memorial in Astoria that would, “properly salute Astoria’s explorers and early settlers for their critical role in the United States’ stretch to the Pacific Coast.” 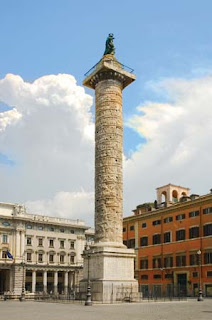 The final design for the monument was modeled after the Trajan Column, a Roman triumphal column in Rome, Italy, which commemorates Roman emperor Trajan's victory in the Dacian Wars. The Trajan Column tells the story of two military campaigns fought between the Roman Empire and Dacia, modern day Romania, between AD 101-106. 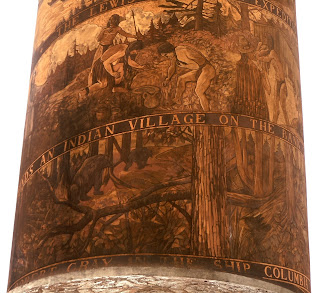 The Astoria Column, as the monument was called, featured a hand-painted spiral around the column that would stretch more than 500 feet if unwound. The artwork commemorated the historical events that transpired at the mouth of the Columbia River. Scenes depicted on the column include events such as the discovery of the Columbia River by Captain Robert Gray; the wintering of the Lewis and Clark Expedition; the arrival of the ship Tonquin, and the completion of the railroad. Work on the monument began in March 1926, and it was dedicated on July 22, 1926.

Towering above Astoria, the Column sits on top of Coxcomb Hill, 600 feet above sea level. From this vantage point, the 125-foot tall column provides an incredible view of Young’s Bay, the Coast Range, the mighty Columbia River, and in the distance, the Pacific Ocean. 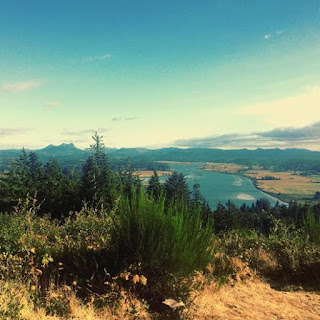 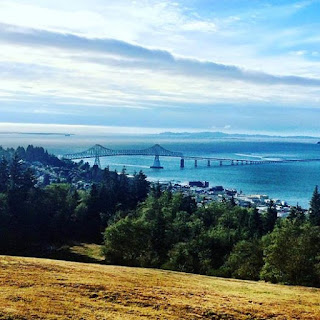 As I visited The Astoria Column, I was amazed by the beautiful views. I enjoyed taking photographs and immersing myself in the scenery. I was also quite interested in the history that the column depicts. Before visiting the site, I hadn’t realized that the column was intended to be a memorial.

A memorial is something that serves as a focus to help remember an event.  Are there memorials in the Bible? There is a memorial right in the Ten Commandments.  Exodus 20:8-11 (NKJV) says, “Remember the Sabbath day, to keep it holy. Six days you shall labor and do all your work, but the seventh day is the Sabbath of the Lord your God. In it you shall do no work: you, nor your son, nor your daughter, nor your male servant, nor your female servant, nor your cattle, nor your stranger who is within your gates. For in six days the Lord made the heavens and the earth, the sea, and all that is in them, and rested the seventh day. Therefore the Lord blessed the Sabbath day and hallowed it.” 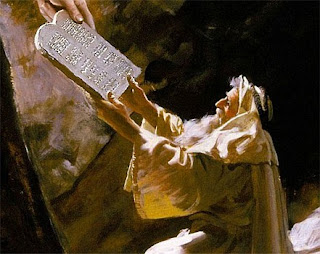 One of the main topics of the book of Revelation is worship. In Revelation 14:6,7 (NKJV) it says, “Then I saw another angel flying in the midst of heaven, having the everlasting gospel to preach to those who dwell on the earth—to every nation, tribe, tongue, and people—saying with a loud voice, ‘Fear God and give glory to Him, for the hour of His judgment has come; and worship Him who made heaven and earth, the sea and springs of water.’” God wants people who will worship Him as the Creator. 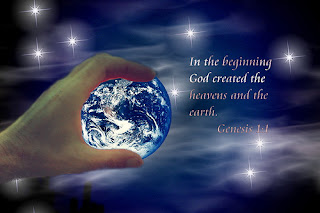 Hebrews 11:3 (NCV) tells us that, “By faith we understand that the entire universe was formed at God’s command, that what we now see did not come from anything that can be seen.” Faith is important to the Christian, and by faith, we understand that God created the universe. By faith, we realize that because God is our Creator, He deserves our worship.

Gentle Reader, creation is important; It is the reason we worship God as our Creator, and the seventh day has stood as a memorial to God’s creative power from creation week until today.

Posted by Richard Lawry at 8:21 AM