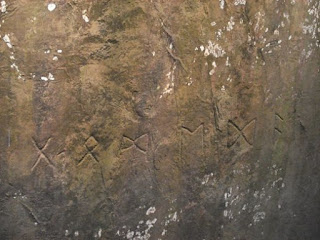 Last weekend my wife and I attended the Viking Festival held at Heavener Runestone Park in Heavener, Oklahoma. The most prominent feature of the park is a large, vertical sandstone slab (ten feet wide and twelve feet high), bearing strange carvings.

The Heavener Runestone is veiled in mystery and controversy. According to the Oklahoma Historical Society, "the stone was first discovered in the 1830s by a Choctaw hunting party and was reportedly seen by white trappers in 1874. Locally it became known as Indian Rock, because it was generally believed that American Indians had made the markings. In 1928 Gloria Farley of Heavener saw the stone and realized that the carvings were similar to characters of the runic alphabet. Since 1953 she has led a group of individuals who believe that Vikings traversing the Mississippi, Arkansas, and Poteau rivers made the inscription.

Over the years scholars have given various opinions as to the possibility of Scandinavians having passed through present Oklahoma by the eleventh century. Others contend that the inscriptions were made by a member of La Salle's expedition party circa 1687, or by a Swedish captain leading German colonists as part of a French colonization effort in the Mississippi Valley between 1718 and 1720. 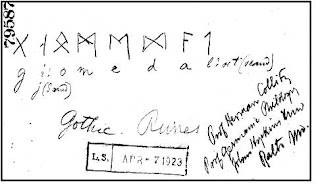 In 1923 the Smithsonian Institute identified the eight symbols as Scandinavian runes. Originally the characters were interpreted to read GNOMEDAL, with "Gnome" and "dal" translated as sundial valley or monument valley. In 1986 Dr. Richard Nielson at the University of Denmark determined that the markings should be translated as GLOMEDAL, meaning Glome's Valley, indicating a land claim. Another interpretation involves the belief that the markings are encryptions to represent the date November 11, 1012. But the question remains as to who carved the characters and when they were carved. Other stones with runic inscriptions have been found in Oklahoma at Poteau, Shawnee, and Tulsa." 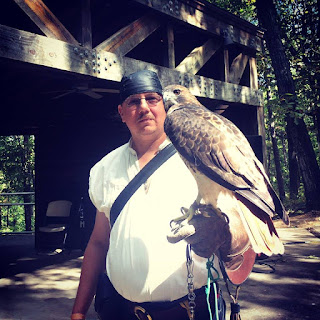 The Runestone Park was a lovely place to hold the Viking Festival. There were vendors with many handmade items along with activities such as ax throwing, horse rides, and a blacksmith. We really enjoyed the Royal Gauntlet Birds of Prey show. Royal Gauntlet is a rescue, rehabilitation and release organization that provides care and rehabilitation of sick or injured wildlife. 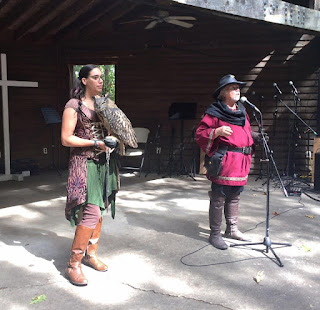 All afternoon there was music at the stage and amphitheater. We really enjoyed listening to the Celtic and Medieval music. The groups that we listened to were Black Oak Shillelagh, Einini, Bear Creek Troupe and Native Souls. 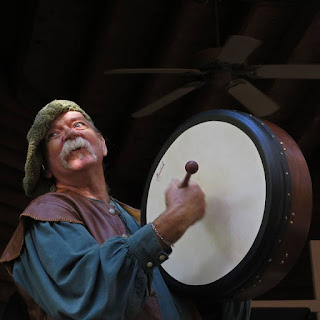 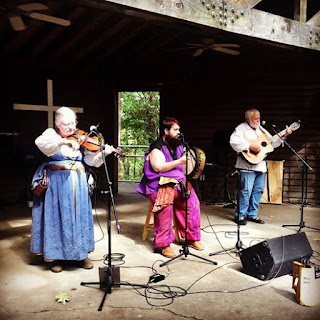 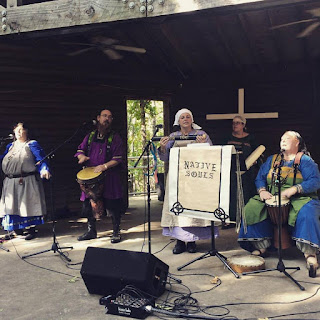 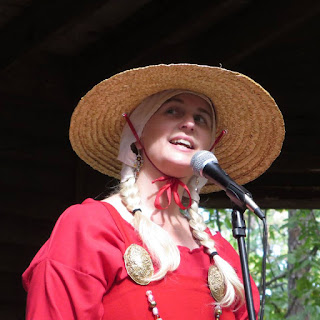 The Viking Festival is a twice a year event with spring and fall festivals. I'm looking forward to attending again next year. 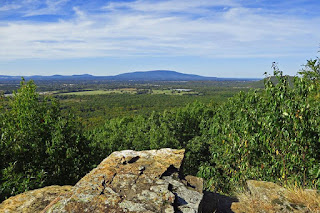 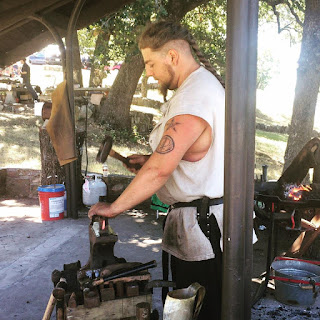 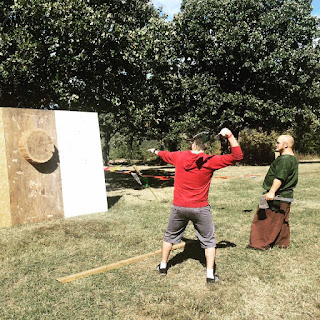 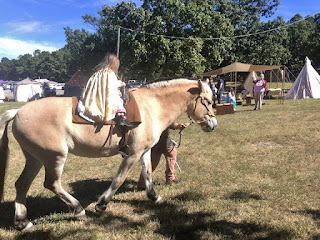 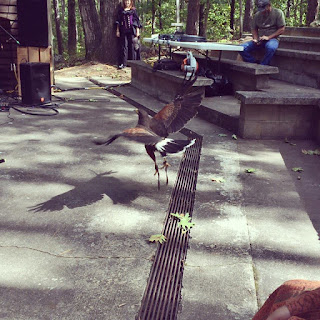 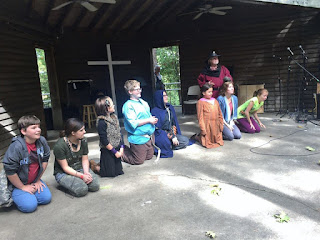 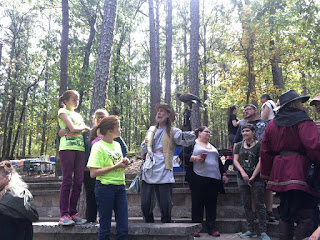 Posted by Richard Lawry at 4:55 PM