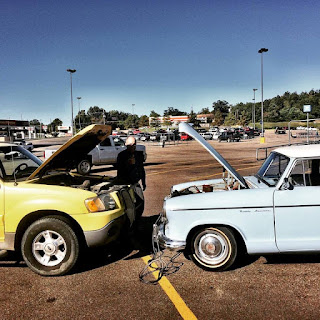 A few days ago I received a call from a friend. “We are at Wal-Mart,” she said, “and our battery is dead. Are you busy right now? Can you come and give us a jump start?” I grabbed my jumper cables, put them in my little Rambler, and headed for Wal-Mart.

My friend had left the headlights on, and the battery had run down. It didn’t have enough power to start the vehicle. When I arrived, I ran the jumper cables from the battery in my little Rambler to the battery in my friend’s vehicle and in just a few seconds the engine came to life.

A couple of months ago I had a similar experience in my wife’s car. While my wife and daughter were shopping, I stayed in the car with my granddaughter who was not feeling well. While we were in the car, my granddaughter wanted to listen to her favorite podcast, Tales from the South. The podcast features true stories told by the Southerners who lived them, in front of a live audience. I plugged my phone into the car’s stereo system, and we enjoyed listening to some great stories. When my wife and daughter came back to the car and were ready to go, the battery was dead, and the car wouldn’t start. 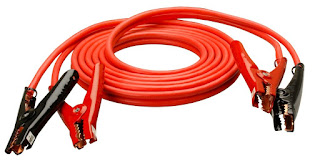 When we first purchased the car I had placed a set of battery cables in the compartment under the rear floor. We had never needed to use the cables before, but I was glad that we had them with us. With the cables, we were able to jump start the car and be on our way again. 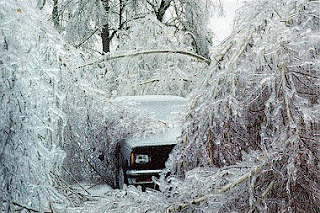 Even though our house still had all of its electrical wiring, outlets, and switches nothing worked. Habits are hard to break, and even after days without power I still found myself trying to turn on the lights. Even though everything looked fine, there was no power.

Just like a house without power or a car with a dead battery, we have no power in ourselves to follow Jesus. We have no energy to serve Him. We have no power to change ourselves. I’m sure that your experience verifies the fact that sheer will power cannot conquer sin. On our own, living like Christ is not difficult; it’s impossible. Jesus explains this in John 15:5 (NLT) “I am the vine; you are the branches. Those who remain in me, and I in them, will produce much fruit. For apart from me you can do nothing.” 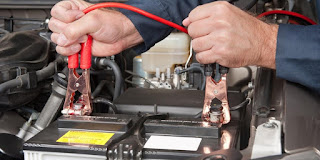 Jumper cables have no power in themselves. Their only job is to connect the dead battery to a battery that works. When the car starts, no one says, “Wow, what powerful jumper cables you have!” It doesn’t matter if the jumper cables are new and shiny, or if they are old and rusty and dirty and tied in knots. All that matters is that they connect the dead battery to a battery with a full charge. The power is in the fully charged battery. The cables are just a conduit; the working battery does all the work of bringing life to the dead car.

Our only job in this life is to be connected. We need to be connected to the Source of power and be willing to reach out and touch anyone who is broken down. Do you know someone who is broken down, hurting, in need of power in their life? Do you feel unable to help them? Remember, the burden to be the battery, to bring energy to them, is not yours. Your job is to be the cables that connect them to Jesus through love. 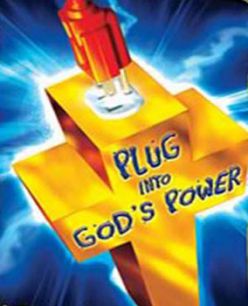 Gentle Reader, just like we take our electrical power for granted, we also often take God's power for granted. We expect Him to love us. We expect Him to be there for us, but how often do we think about His power? I want to say with King David, "I will sing about your power. Each morning I will sing with joy about your unfailing love. For you have been my refuge, a place of safety when I am in distress.” Psalms 59:16 (NLT)

Posted by Richard Lawry at 6:37 AM