My An Arkie's Faith column from the December 7, 2016, issue of The Mena Star 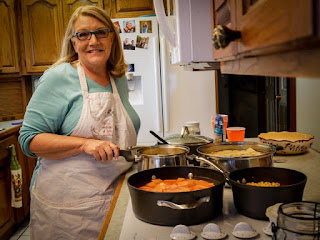 This Thanksgiving holiday weekend we had a wonderful time with family and friends. There were seventeen at our traditional Thanksgiving meal that included a smoked turkey, dressing and homemade cranberry relish, mashed potatoes and gravy, sweet potatoes, creamed corn, vegetarian turkey loaf, Christmas salad and five varieties of pie. For parts of the weekend, we had twenty-five people in our home.

Just before Thanksgiving, I purchased a fire pit for the backyard. My granddaughters and my sister’s granddaughter enjoyed “camping” around the fire and playing with it as much as the adults would let them. They roasted lots of marshmallows and even ate a few. 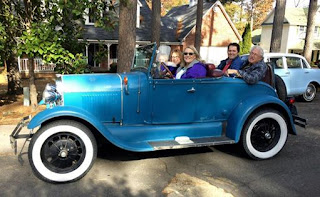 My Dad brought his Model A roadster, and everyone enjoyed taking turns going for a ride. The rumble seat was especially popular. My granddaughters and their cousin also liked riding in my little 1960 Rambler American. The wanted to know if they could steer the car as we drove on our street. 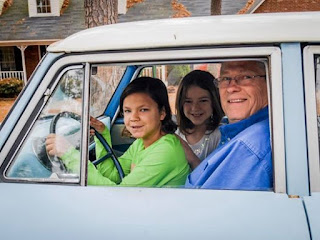 Because the Rambler is small, and not because my stomach is too large, they were not able to sit in front of me and steer while I operated the pedals. We developed a method that had me sitting tight against the driver's door and one of the girls sitting next to me behind the steering wheel. From this position, I was able to operate the clutch while the driver could operate the gas, brake, and steering wheel. Since I was in control of the clutch, I was in control of the power. I was in a position to operate the brake if I needed to, but it was never necessary. They quickly learned to give the car enough gas so I could smoothly let out the clutch. They enjoyed driving up and down the street and even mastered driving into a driveway, putting it in reverse and backing out.

Teaching them to drive the Rambler brought back memories of learning to drive when I was a kid. We lived in the country, and when I was ten years old, I learned to drive a tractor and move vehicles around on our ten-acre “farm.” When I was twelve, I would ask my Mama to let me drive on the dirt roads near our house. One day a policeman in an unmarked car saw us change drivers when we reached the dirt road, and he followed us home. He gave Mama a ticket for letting me drive. It was a long time before I was able to talk her into letting me drive again. 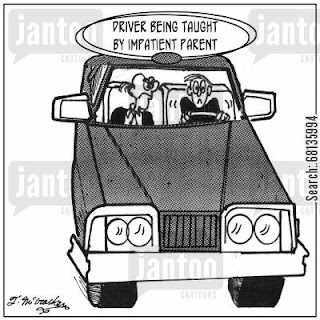 I remember when my kids learned to drive. Teaching them to drive was a bit of a bumpy ride. My son had driven a bit when I purchased a car for him to drive. His first time in the car he drove a few minutes and then we returned home. As he drove into the driveway, he didn’t slow down and ran right through the garage door. After learning to drive an automatic, my daughter was having trouble with the finer points of a manual transmission. Her boyfriend thought that it would be a good idea to teach her to drive a standard using her Mom’s car. While he was “teaching” her on the Talimena Drive, she drove off of the road seriously damaging the car. I’m sure many parents have stories to tell about teaching their children to drive. 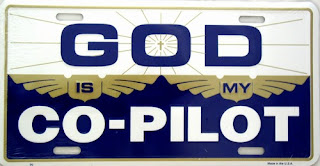 Inspirational author and speaker BJ Gallagher writes, “my dad was an Air Force pilot. He taught me the difference between a pilot and a co-pilot. The pilot calls the shots; the co-pilot is the number two guy (or gal). The pilot is in charge; the co-pilot assists him – supporting, helping, and providing an extra pair of eyes, ears, and hands. The co-pilot’s job is important, but he never forgets who’s in charge.” 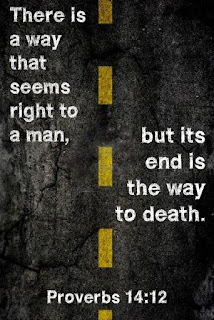 When we say that “God is my co-pilot,” we are saying, “I drive and God is my helper. I call the shots and God does my bidding.” Proverbs 14:12 (NKJV) tells us, “there is a way that seems right to a man, But its end is the way of death.”

Gentle Reader, when life isn’t going the way we would like it to, it’s easy to try and take the wheel from God, and try and force Him to do things our way. But doing so shows our lack of faith and trust in God. Psalm 46:10 (NASB) says, “Cease striving and know that I am God.” Trying to be in control and trusting God at the same time just doesn’t work. When we let God drive our lives and trust that He knows best, we can rest and stop striving, which means that we will ultimately experience peace. Jesus came to earth “to guide our feet into the way of peace.” Luke 1:79 (NKJV) Let Him be your pilot.

Posted by Richard Lawry at 6:35 AM