Jesus and the Second Death 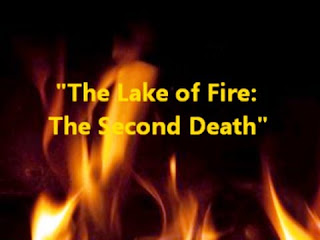 The lake of fire, or hell, is equivalent to the second death. God will not subject the wicked to eternal torture in the flames of some underworld. They will be resurrected to face the record of their lives in one final reckoning, then they will be eternally annihilated “as though they had never been” (Obadiah 16). 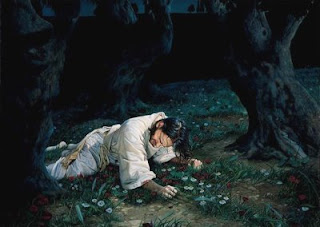 Jesus has suffered no physical abuse and yet He is dying. No blood has yet been spilled from His body by violence and yet He is bleeding. Luke tells us in Luke 22:44, “And being in agony, He prayed more earnestly. Then His sweat became like great drops of blood falling down to the ground” He is bleeding through His pores due to the intense internal stress the shame of our sin is imposing on Him.

Jesus is staggering under the weight of some invisible burden. The disciples can see that something is wrong. Jesus explains what’s happening to Him: “My soul is exceedingly sorrowful, even to death.” (Matthew 26:38)  Here Jesus opens to our understanding the nature of His suffering. Notice that He used the same word He had employed earlier to describe the second death as distinct from the first death: “And do not fear those who kill the body but cannot kill the soul. But rather fear Him who is able to destroy both soul and body in hell.”

Again, the word here translated “soul” is psyche in the Greek text and that is precisely the word Jesus uses now to communicate what He’s enduring. In Gethsemane, Jesus says He is dying at the psyche level of His being. He is dying from the inside out, under the lethal power of our sin and guilt.

No physical abuse has yet been inflicted upon Him. And yet, He is dying! No blood has yet been drawn from His flesh by violence. And yet, He is bleeding! Luke tells us: “And being in agony, He prayed more earnestly. Then His sweat became like great drops of blood falling down to the ground.” (Luke 22:44) He is bleeding through His pores due to the intense internal stress our sin is imposing on Him. 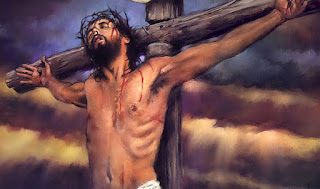 Jesus is taken to the cross. Yes, nails were hammered through His hands and feet. Yes, His body was tortured. And yet, He never uttered a word about the physical pain, because His mental suffering was so intense that it nearly eclipsed His physical pain.

For a sustained period of time, as our guilt enveloped His heart in impenetrable emotional darkness, Jesus could not see life for Himself beyond the grave. But here’s the amazing thing: He was not trapped. His back was not up against a wall with no way out. There are two things He said before the cross that indicate that He was not trapped:

Don’t miss what all this means. Jesus faced the prospect of eternal death, and yet, because He loved you and me, He did not pull back. He was willing to die forever to save us. No wonder Paul called what happened at Calvary, “the love of Christ that surpasses knowledge” (Ephesians 3:19). When Jesus gave His life on the cross, He showed that He loves us more than His own existence. 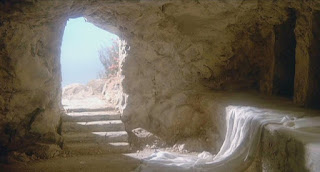 But here's the glorious good news: Jesus didn’t simply experience the second death. He conquered it as He experienced it. Peter declared: “Whom God raised up, having loosed the pains of death, because it was not possible that He should be held by it” (Acts 2:24).

Notice the language here. “It was not possible” for death to hold Jesus. But why? For one simple reason: “The sting of death is sin, and the strength of sin is the law” (1 Corinthians 15:56)... but Jesus never sinned. Under the fiercest temptations to save Himself, He kept on loving all of us at any cost to Himself.

By love alone, Jesus triumphed over the second death. Therefore, it was impossible for the second death to hold Him. His resurrection is proof of His victory over our sin, our guilt, and our death. How could He love me so deeply, so selflessly? Is this really what God is like? The story of Calvary shows us the true loving character of God.

Posted by Richard Lawry at 7:21 AM