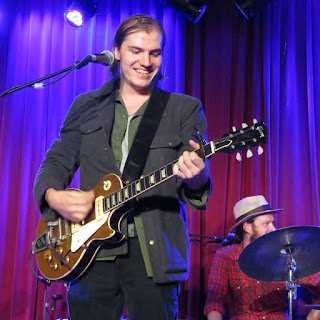 I recently saw Shreveport, Louisiana native Dylan LeBlanc in concert at South on Main in Little Rock, Arkansas. My favorite band is Smokey and the Mirror. When I found out that they would be opening for Dylan LeBlanc I made plans to attend.

I hadn't heard of him, but before the concert I listened to his newest album, Cautionary Tale. I enjoyed the album with it's stripped down simplicity. 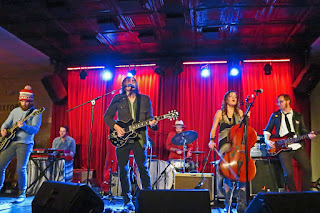 The concert wasn't quite what I expected. I am a big fan of singer songwriters and acoustic music. In this show Dylan had a full band and they were loud. On the album, Dylan's voice is expressive and evocative. His lyrics are deep and personal. In the concert the band overpowered his voice to the point that the lyrics were not understandable. The band was tight but I found myself wondering what a more stripped down quieter version of Dylan LeBlanc would sound like. 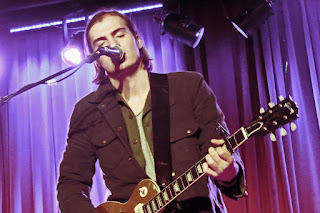 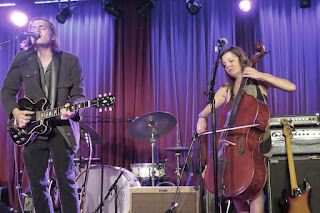 The title track of his album Cautionary Tale features Dylan's haunting vocals accompanied by a stripped down arrangement. It is becoming a favorite of mine.

After the concert I watched a YouTube interview of Dylan by Jon Hart at KCPT in Kansas City, Missouri.

While I was listening to the interview I realized that I had heard Dylan's dad in concert. The concert was at the Shreveport House Concert Series at Fairfield Studios.  In March 2013, my son-in-law took us to the James LeBlanc concert for my birthday.

James LeBlanc was born and raised in Shreveport, Louisiana. Throughout his teen years, James started writing songs and playing in several bands. 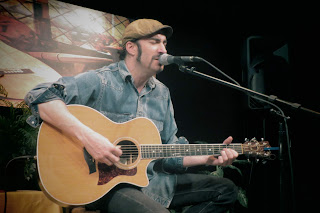 James moved to Muscle Shoals, Alabama where he signed his first publishing deal with Fame Music. James first hit single was released by Travis Tritt. The song was entitled “Modern Day Bonnie and Clyde. He also wrote the title cut on Jason Aldean's album, Relentless. His songs have been recorded by artists such as Rascal Flatts, Kenny Chesney, Thompson Square, Gary Allan, Sara Evans, and Martina McBride.  To close out the concert he sang "Where You Are" which was recorded by Rascal Flatts as the first song on their Feels Like Today album.

When he was just a baby, Dylan LeBlanc's mother and father divorced. Until the age of nine, he lived with his mother in Blanchard, Louisiana, a small town in the northeast corner of Shreveport. Working full-time cleaning houses, LeBlanc's mother raised Dylan and his two siblings. At the age of ten, LeBlanc relocated to Muscle Shoals so his father could pursue his musical career as a professional country music songwriter. In Muscle Shoals, Dylan spent late nights watching musicians record at the studios where his father played on sessions for the songs that he wrote.

After a record deal at the young age of twenty, Dylan didn't handle fame very well and according to his website; "he slipped into a blur of booze and self-doubt. Exhausted and damaged at just 23-years-old, Dylan came home to Muscle Shoals, Alabama to write a new life for himself. In between the moments of clarity and a few familiar falls, he also wrote a new album, Cautionary Tale: a collection of shimmering, arresting songs with the same haunting vocals." 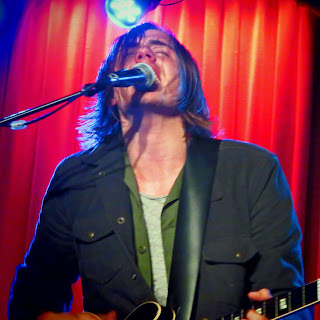 Dylan played a couple of songs solo accompanied only by a cello. It was my favorite part of the concert. I recorded the song Emma Hartley from his 2010 debut album, Paupers Field. You can listen to it here.


If you have a chance listen to the album Cautionary Tale, I highly recommend it.
Posted by Richard Lawry at 11:12 AM