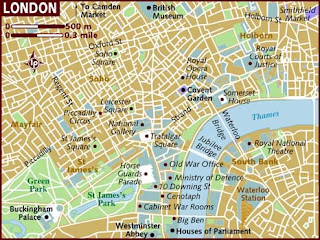 Matt McCabe is a tall, muscular man, standing 6-foot-2. He is good-looking, with blond hair and a big smile. He loves to talk about his city, London. McCabe had spent three years of his life thinking about London’s roads and landmarks, and how to navigate between them. In the process, he had logged more than 50,000 miles on a motorbike and on foot. He is studying to become a London taxi driver. To become a London taxi driver, he will need to pass a test called simply, The Knowledge.
The Knowledge has been around since the 1800s. Taxi-driver candidates, known as Knowledge boys and Knowledge girls, are issued a copy of the Blue Book; a guidebook that contains a list of 320 trips around London. To be licensed as an “All London” taxi driver, Matt will need a thorough knowledge of all the streets, parks, hospitals, restaurants, places of worship, sports stadiums, hotels, club, theatres, museums, schools, police stations, and any other places of interest to tourists.

The Knowledge focuses on the six-mile radius from Charing Cross, center-point of London. The area has over 25,000 streets. London cabbies need to know all of those streets; the direction they run, which are one-way, which are dead ends, and where to enter and exit traffic circles. But cabbies also need to know everything on the streets. When Matt takes his test, the examiner may ask him to identify the location of any restaurant in London. Any pub, any shop, any landmark, no matter how small or obscure are all fair game. He may be asked to name the whereabouts of flower stands, of laundromats, of commemorative plaques or statues. Matt understands that the test will be a challenge. That is why he has worked so hard for the last three years learning the streets of London. 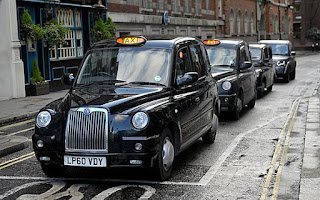 The trial a London cabbie endures gaining his qualification has been called the hardest test, of any kind, in the world. It is an intellectual, psychological and physical ordeal, with thousands of hours of immersive study, as would-be cabbies attempt to commit to memory all of London, and demonstrate their knowledge through a very difficult series of oral examinations. The process takes on average four years to complete, and for some, much longer than that. Matt McCabe hopes to pass “The Knowledge” soon and become a London taxi driver.

According to a BBC News article, “the structure of a London taxi driver's brain changes during the grueling process of learning the quickest way around the capital. Dozens of trainee drivers had MRI scans before and after they acquired "The Knowledge," memorizing thousands of journeys and street names.” 79 taxi driver trainees were given brain scans by scientists at University College London just before they started to learn “The Knowledge,” which usually takes four years to complete.

Throughout the learning process, any changes to their brains were mapped by regular MRI scans. Research published in the journal, “Current Biology,” stated; “Compared with similar scans from non-taxi drivers, those who had attempted The Knowledge had increased the size of the posterior hippocampus - the rear section of the hippocampus which lies at the front of the brain.” This is a part of the brain associated with navigation in birds and animals. 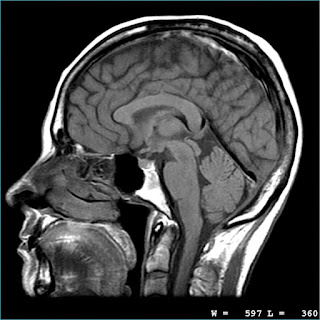 "There seems to be a definite relationship between the navigating they do as a taxi driver and the brain changes," said Dr. Eleanor Maguire, who led the research team. She said: "By following the trainee taxi drivers over time as they acquired - or failed to acquire - the Knowledge, a uniquely challenging spatial memory task, we have seen directly and within individuals how the structure of the hippocampus can change with external stimulation. The human brain remains 'plastic,' even in adult life, allowing it to adapt when we learn new tasks. This offers encouragement for adults who want to learn new skills later in life."

When we exercise our brains, we can improve our brains abilities. Are you exercising your brain? Can you exercise just once a year and expect improvement? Thanksgiving is the time of the year that we exercise our feelings of gratefulness and thankfulness for everything in our life. But what about all the rest of the year? Isn't it important to be thankful all year round, and not just one day?

With so much negativity in the world, it can be hard to acknowledge all of the great things going on in life around you. But if we exercise thankfulness in our brains, it can change our perception. Therapist Valeria Moore thinks it’s something that should be routine, something we should teach children to do, too. "We need to make expressing gratitude a daily practice," she says. "It would make us and our interactions, not just our holidays, much more positive." Moore tries to incorporate gratitude in her counseling sessions with patients and makes it a point to teach her 7-year-old daughter about gratitude every day. 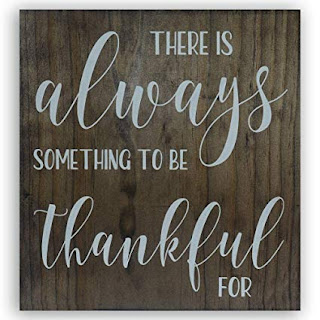 When you approach life with thanks or appreciation, you acknowledge what you have instead of what you wish you had or what you want. Research has shown that people who regularly practice gratitude are more relaxed, more resilient, have a more positive outlook on life. Being grateful can impact every part of your life.

Gentle Reader, when Paul was writing to the Philippians, he told them, “I thank God every time I remember you. And I always pray for all of you with joy.” Philippians 1:3,4 (ICB) Thankfulness was a daily part of Paul’s life. He wrote about being thankful dozens of times. He believed that thankfulness should be exercised every day, not just once a year. “Always give thanks to God the Father for everything, in the name of our Lord Jesus Christ.” Ephesians 5:20 (NCV) Even when the Thanksgiving holiday is over let’s resolve to follow Paul’s advice found in 1 Thessalonians 5:18 (NKJV); “in everything give thanks; for this is the will of God in Christ Jesus for you.”

Posted by Richard Lawry at 7:39 AM