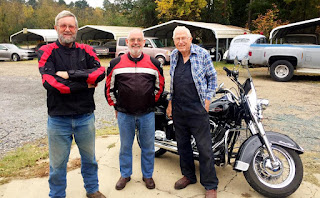 I could hear the distinctive throaty rumble of Harley-Davidson motorcycles as they pulled up the driveway to my shop; an uneven, syncopated rhythm that sounded like potato, potato, potato, potato. The two bikers had been traveling on Highway 71 when they spotted the old cars at my shop and stopped to look at them. They enjoyed looking at the cars and visiting with Daddy and me. They were especially excited to see our right-hand drive 1954 Ford Popular that had been imported from England. As we visited with them, we learned that they were from the United Kingdom; one was from London, and the other from Belfast, Northern Ireland.

One day a visitor was looking at our cars. As I visited with him, I wondered what type of accent he had. I asked him where he was from, and he replied, “Texas.” I didn’t press the issue, but I knew that he had not been born and raised in Texas. After visiting with him for a few minutes, he became more comfortable with me, and he said, “earlier you asked me where I was from. I told you Texas because I now live in the Dallas Fort Worth area. But I was born and raised in Iran.” He told me that because of the hate and prejudice that he has experienced, he usually doesn’t tell people that he is Iranian. I told him that with his accent, I was sure that he wasn’t a native Texan. He went on to tell me that he was a young man when he and his family were able to escape from Iran during the Iranian Revolution of the late 1970’s. 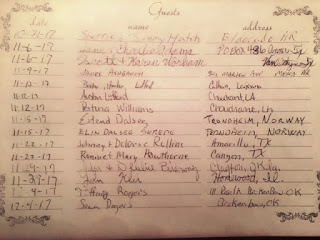 We have had visitors from all over the world stop by our shop. I remember one man and his story very clearly. As I visited with him, he told me how he came to the United States as a child. His father was a high-ranking officer in the Laotian Army who cooperated with the Americans during the Secret War. From 1964 to 1973, the U.S. engaged in a “secret war” in Laos. During that time U.S. forces dropped more than two million tons of bombs on Laos during 580,000 bombing missions. The bombings were part of the U.S. Secret War in Laos to support the Royal Lao Government against the Pathet Lao and to prevent the movement of traffic along the Ho Chi Minh Trail. When the U.S. was pulling out of Vietnam, his family was able to get out of Laos with the help of clandestine U.S. operatives. No one from his family has ever been able to return to Laos because there is a price on their heads. He was very emotional as he told us his story even though we had just met.

Over the years we have had people from all over America and the world sign Daddy’s guestbook. There was the young man from Switzerland who flew to New York City and purchased a Ford Transit Connect Van and was driving across America even though he didn’t own a car back in Switzerland. And the German man who purchased the old Mena Fire Truck. There was the Australian who was purchasing cars, trucks, and motorcycles to ship back home. People from South Africa, Mexico, Norway, Canada, The Netherlands, Jamaica, Grand Cayman, and Romania have also signed the guestbook. 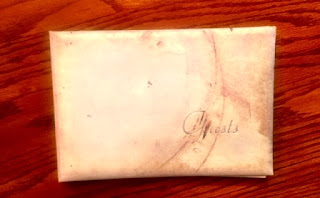 My Daddy would love to have you stop by and sign his guestbook, but having your name written in it isn’t very important. There is a book where it is important to have your name listed. Writing about the New Jerusalem, the Apostle John said that “only what is pure will enter the city. No one who causes people to believe lies will enter it. No one who does shameful things will enter it either. Only those whose names are written in the Lamb’s book of life will enter the city.” Revelation 21:27 (NIRV) and in Revelation 3:5 (NKJV) Jesus tells us; “he who overcomes shall be clothed in white garments, and I will not blot out his name from the Book of Life; but I will confess his name before My Father and before His angels.”

In Bible times, the Israelites kept records of the names of the citizens of their cities. Genealogies were important to determine legal rights and social and religious functions. To have your name deleted from those records was a severe legal punishment. The book of life shows that those who belong to Christ are citizens of heaven. Their names are already written in the heavenly ledger, and they are considered citizens of that kingdom, with all its privileges. God’s forgiving grace makes it possible for the believer to have his name listed in the book, and if they confess and ask for forgiveness, their names will not be blotted out. “If we confess our sins, He is faithful and just to forgive us our sins and to cleanse us from all unrighteousness.” 1 John 1:9 (NKJV) 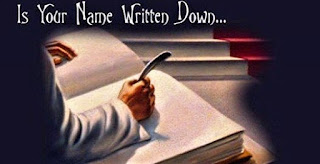 Gentle Reader, if you would like to have your name in my Daddy’s guestbook, then come by and visit him. He would be happy to have you sign his guestbook. But ask yourself the question that is asked by the old hymn; “Is my name written there, on the page white and fair? In the book of Thy kingdom, is my name written there?” In Luke 10:20 (NKJV) Jesus told His disciples: "Rejoice, because your names are written in heaven." The most important place to have your name listed is in heaven in the Book of Life.