My An Arkie's Faith column from the November 7, 2018, issue of The Mena Star. 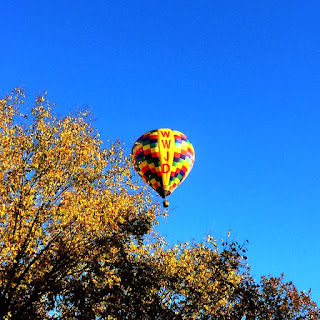 “Look over there,” my wife exclaimed, “there is a hot air balloon.” We were driving back to the house we had rented in Branson for the weekend. I pulled into a parking lot so that we could get a better view of the balloon and take some photos. As I got out of the car I noticed another balloon, and then two more. As the balloons drifted by, they were close enough to the ground that we could hear when the pilot activated the propane burner.

The balloons seemed to be headed in the same direction that we were going, so we followed them. When we pulled into the driveway of our rental, we saw that a balloon was flying right over us. The balloon was low enough that the people in the basket saw us taking photos and waved to us, yelling “hello.” The balloon was made of brightly colored rectangles with a vertical yellow strip with the bold letters WWJD. After the balloons had passed over us, we got back in the car to see if we could follow them. 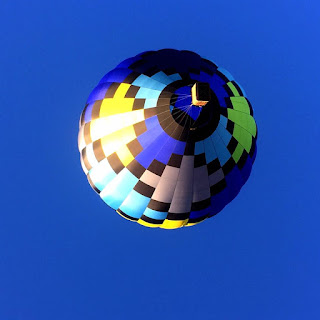 We wound around the streets of Branson trying to keep the balloons in sight. Before long, we saw them landing in an open field between the local hospital and the Yakov theater. One of the balloons came in so low that the basket with its occupants brushed the tops of the trees. I imagine that was an interesting ride. We could see the basket being knocked around as it went through the treetops. We watched for a few minutes as the people got out of the baskets, and the balloons slowly collapsed to the ground.

We watched as the WWJD balloon slowly deflated, and its handlers started preparing to put it into the enclosed trailer they were pulling behind a van. I thought about the popular catchphrase, WWJD; "What Would Jesus Do?" WWJD is found on jewelry, emblazoned on bumper stickers and has made its way into popular culture. In any situation in our lives, it is important to ask ourselves, “what would Jesus do?” But I don’t think that most of us ask the question. 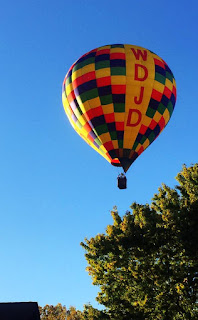 As I watched the WWJD balloon land, I noticed that one side said WWJD, but the other side was slightly different. It said, WDJD. That puzzled me for a moment until I realized that it stood for “What Did Jesus Do?” The only way to determine what Jesus would do is by learning what Jesus did. 2 Peter 3:18 (KJV) says, “grow in grace, and in the knowledge of our Lord and Saviour Jesus Christ.” Whatever decisions we make in life, whether large or small, can best be made by asking ourselves what Jesus would do. But before we can do that, we must know what Jesus did.

As Christians our example is Jesus.  If we are to follow the example of Jesus, how should we relate to others? In Matthew 9:35,36 (NLT) the Bible tells us that “Jesus traveled through all the towns and villages of that area, teaching in the synagogues and announcing the Good News about the Kingdom. And he healed every kind of disease and illness. When he saw the crowds, he had compassion on them because they were confused and helpless, like sheep without a shepherd.” 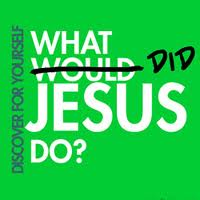 What did Jesus do? He had compassion on others. If we follow the example of Jesus, we will have compassion. It seems to me that many Christians have lost their compassion. As I look around, I don’t always see Christians dealing with others with compassion. I am more apt to see hate than compassion.

I don’t want to meddle, but maybe I will just a little bit. Just think about a few of the hot button topics of our day and see what your response is toward the following groups. Gays, Muslims, Adulterers, Abortionists, Immigrants, Welfare Recipients, Thieves, Drug Dealers, Socialists, Prostitutes, Atheists, etc. Do you have compassion on them, or is your response something different? Can you hate someone when you are praying for their salvation?  Should we hate someone that Jesus loves and was willing to die for? 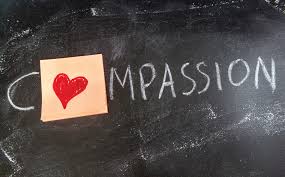 Following the example of Jesus and having compassion on others is very liberating. It allows us to leave the judging up to God while we practice the self-sacrificing love He demonstrated on the cross. It allows us to hold ourselves to a high moral standard without feeling that we must hate those who do not see things the way we do.

Daniel Darling states, "we must not allow our protest against values with which we disagree to overshadow our responsibility to show Christ's love for the world. It may very well be the person who offends us the most whom God is in the process of saving. And our gracious response might be the bridge that the Spirit uses to usher him from death to life.” 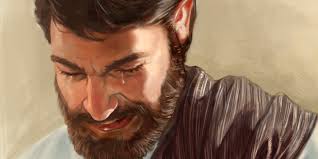 Jesus cried for a city that rejected him. He asked his Father to forgive those who tortured and killed him. We should love the "sinner" as Christ loved us sinners and, by our conduct and words, show a better way. When we uplift the right and the good, sin will appear in its true colors. However, if we do not model the love of Christ and give no evidence of His power in our lives, no amount of argument will induce the "sinner" to give up his sin. Holding a sign that says “God Hates You” is not an effective way to witness.