Article from the January 2017 issue of the Southwestern Union Record 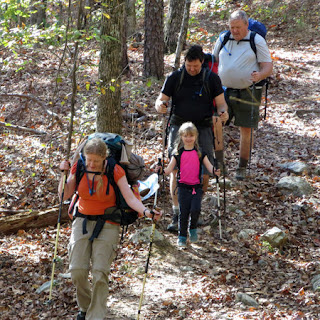 These Pathfinders and Adventurers spent most of September and October learning about backpacking and preparing for this hike. David Grant organized the trip, selected the location and taught the necessary skills needed to survive. He stressed the importance of being prepared and of bringing what was needed but not carrying unnecessary items. 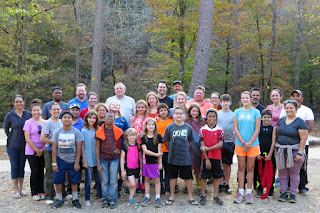 The group reached Winding Stairs, the beginning point of the hike, on Friday afternoon. The group set up their camp and prepared supper. That evening as the group sat around their camp fire, Bill Grant led out in the evening vespers. He discussed the stars and that Jesus would return through the open space in the Orion nebula. As the group hiked the trail on Sabbath, John Anderson and David Grant talked about Jesus saying that, “my yoke is easy and my burden is light.” They also discussed the difference between choosing a hard path and an easy path. Another topic of discussion was the importance of teamwork and of being a part of the church. During Sabbath evening vespers, Bill Grant led out as the kids discussed their favorite parts of the trip and God’s creative power.

After a second night under the stars, the group finished the last leg of their fifteen-mile journey. At the end of the rigorous hike, the young people enjoyed playing in the water of Little Missouri Falls. Those on the trip completed the hiking requirement of the backpacking honor: “participate in a weekend backpack trip of at least five miles to a site not accessible by a vehicle and cook your own meals.” They also completed the hiking requirement of the pioneering honor: “with an experienced leader, participate in a two-day, 15-mile backpack trip, carrying all needed supplies.”
Posted by Richard Lawry at 6:32 AM