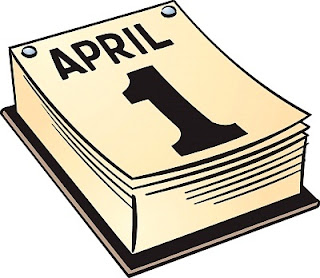 This year, April 1st passed by without much notice on my part. There was an announcement that a local man was running for governor, but other than that no one I knew tried to play any April Fools pranks. I have never been much of a prankster, but last year I did fool a lot of people.

On April 1, 2016, I posted the following on my blog, An Arkie’s Musings, under the title Brilliance in Blogging Award. “I was shocked and surprised to receive the Spring 2016 Brilliance in Blogging Award. Over 150,000 blogs were nominated this year, so it is a huge achievement that An Arkie's Musings won this prestigious award. The award celebrates great writing, great photography and great commitment to storytelling.

I am thrilled to win the award. I'm still in shock that my blog has been recognized for its brilliance. It feels like a dream come true. Who knew that a little blog from Mena, Arkansas was being noticed? This is a big deal for me. Winning this award has confirmed that what I am doing is important. All those late nights busily tapping away at the keyboard were not wasted. I'm just a bit worried about the date of the award, April 1, but any day is a good day for an award.” 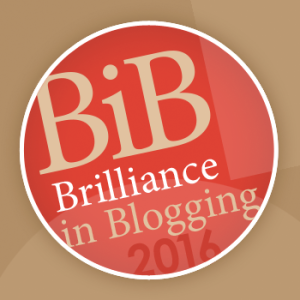 Many people congratulated me and told me how much I deserved the award and how happy they were for me. Not one person who talked to me or contacted me caught on to the prank. I intended the post to be tongue in cheek and thought that most people would understand that it was an April Fool’s post. I felt that I had to respond to all of the nice things people were saying to me, so in the evening I posted the following comment on the Brilliance in Blogging Award post. “It's been a great April Fool's Day, but tomorrow I have to go back to being a blogger who has never won an award.”

Over the years there have been many April Fool’s Day hoaxes perpetrated by the media. The tradition goes back a very long time. The earliest known instance that I could find of an April Fool's Day hoax reported by the media was in the London paper, Dawk’s News-Letter in 1698. On April 2 of that year, they reported, “several persons were sent to the Tower Ditch to see the Lions washed.” There were no lions being washed in the moat of the Tower of London. For more than one hundred years after this, getting people to go to the Tower of London to see the "washing of the lions" was a favorite April Fool's Day joke. In the mid-nineteenth century, official-looking tickets were distributed around London on April 1st, promising admittance to the annual lion-washing ceremony. 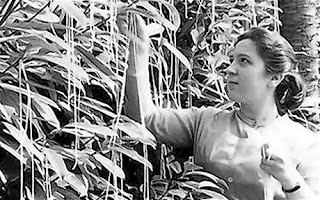 In modern times, newspapers, radio, television, and internet media outlets have used April Fool’s Day to report stories that have fooled their audiences. On April 1, 1957, the British Broadcasting Corporation broadcast a segment on Swiss farmers and their record spaghetti crop. The segment showed footage of the farmers harvesting spaghetti from trees. The BBC seems to enjoy April Fools Day hoaxes. On April 1, 2008, they announced that the camera crew of the nature show, Miracles of Evolution had photographed Adélie penguins flying through the air. It even offered a video clip of these flying penguins, which quickly became one of the most viewed videos on the internet. Presenter Terry Jones concluded that “instead of huddling together to endure the Antarctic winter, these penguins took to the air and flew thousands of miles to the rainforests of South America where they spend the winter basking in the tropical sun." 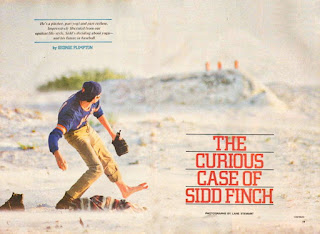 Other media hoaxes include the Sports Illustrated article from the April 1985 issue about a New York Mets pitching prospect named Sidd Finch who could throw a baseball at 168 mph. Supposedly Finch had never played baseball but had learned to throw in a Tibetan monastery. On April 1, 1996, a full-page ad appeared in major newspapers announcing that Taco Bell had bought the Liberty Bell and was renaming it the Taco Liberty Bell. BMW has a long history of April Fool’s Day hoaxes. In 2004, ads touted the new "Retina-evaluating sensory technology" (R.E.S.T.) option available in its cars. This system scanned the eyes of the driver to detect sleep. When sleep was detected, the system took control of the car, allowing the driver to sleep peacefully. "Lose consciousness, not control," was the ad tagline.

There are always people who are trying to deceive you. The Apostle John wrote to the believers in the first century, “these things I have written to you concerning those who try to deceive you.” 1 John 2:26 (NKJV) God has given us the Bible to keep us from being deceived. In Colossians 2:4 (NLT) Paul wrote, “I am telling you this so no one will deceive you with well-crafted arguments.” Christians need to be on the lookout for those who would deceive them. Things haven’t improved since the first century. In his letter to Timothy, Paul wrote, “evil men and impostors will grow worse and worse, deceiving and being deceived.” 2 Timothy 3:13 (NKJV) 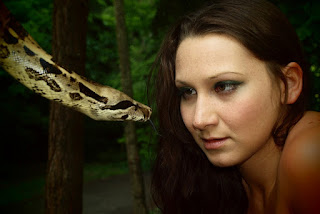 Gentle Reader, Satan is the great deceiver. He wants you to believe lies about God and his character. In John 8:44 (NLT) Jesus is referring to Satan when he said, “he has always hated the truth, because there is no truth in him. When he lies, it is consistent with his character; for he is a liar and the father of lies.” In the Garden of Eden, God asked Eve, “What is this you have done?” She answered, “The serpent deceived me, and I ate.” Genesis 3:13 (NKJV) Humanity has known from the beginning that Satan is a deceiver and yet we consistently fall for his deceptions. Don’t be fooled by Satan. April Fool’s Day comes just once a year, but when we fall for Satan’s hoax, it is for eternity.
Posted by Richard Lawry at 6:44 AM