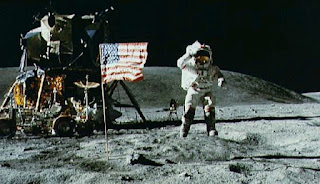 When I attended school during the 1960’s, I had two passions that consumed me. I loved baseball. I chewed lots of bad gum to collect baseball cards. As much as I loved baseball, what intrigued me the most was space exploration.

My heroes were the astronauts in NASA’s space program. I read everything about them that I could get my hands on. In 1969, my interest in space was at a fever pitch. Everyone was talking about the race to land on the moon. When Neil Armstrong and Buzz Aldrin walked on the moon, the entire world was captivated. Every newspaper covered the story. I soaked it all in. I couldn’t believe what a marvelous world I was living in. The moonshot was a part of pop culture. After watching the Apollo 11 landing on TV, the Moody Blues drummer, Graham Edge, penned the poem "Higher and Higher," which was used to open their next album. "Blasting, billowing, bursting forth, with the power of ten billion butterfly sneezes. Man, with his flaming pyre has conquered the wayward breezes.” 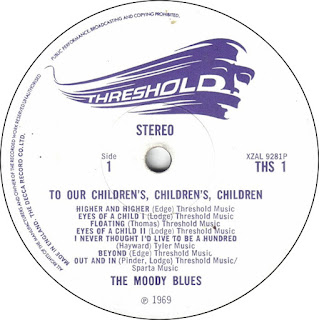 As I listened to these words, I realized even as a boy that this optimism that space exploration would make the world a better place wasn’t the way things would be. I read in my Bible in Obadiah 1:4 (NLT), “’But even if you soar as high as eagles and build your nest among the stars, I will bring you crashing down,’ says the Lord.”

As a Christian, I had always looked at space exploration as a way to learn more about the awesome things God had made. I was excited by the new discoveries and what they could show me about how awesome God is. As I studied science and read about space, I always kept God in the picture.

The Apollo 11 Moonshot was an amazing achievement, but does God care about moonshots? Somebody will always come along and do it better, faster and higher. What God cares about is you. “The Lord your God is with you; the mighty One will save you. He will rejoice over you. You will rest in his love; he will sing and be joyful about you.” Zephaniah 3:17 (NLT) 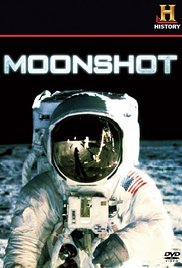 The term moonshot has entered into America’s vocabulary. Although it refers to the Apollo 11 mission to the moon, it is now most commonly used to mean fantastic, almost impossible to achieve, the best, reaching the highest point. In modern business usage, a moonshot is an ambitious, exploratory and ground-breaking project undertaken without any expectation of near-term profitability or benefit. But there is another use of the term moonshot that predates even the Apollo 11 mission to the moon.

Meet Wally Moon, major league baseball player. It is 1954 and Wally made the St. Louis Cardinals’ spring training roster. He had already determined that if he did not make the team, he would head back to his native Arkansas and take a teaching job that he had been offered. Wally had his Master's Degree in teaching. He was ready to pursue his second career if baseball didn’t work out. Wally not only made the team, but at the end of the season, he was voted the National League Rookie of the Year. 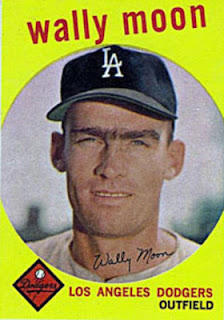 Wally was traded to the Los Angeles Dodgers for the 1959 season. He was concerned about batting in the Los Angeles Memorial Coliseum because right field was 440 feet away, making it difficult for a left-handed batter. However, the left field seats were only 251 feet away, protected by a 42-foot high screen. Wally adjusted his batting stance to emphasize hitting to left field. He developed a swing that he described as an inside out golf swing, to launch the ball up and over the 42-foot high screen in left field. The results were very successful. Dodger announcer, Vin Scully, called the towering home runs moonshots.

When Wally Moon retired from baseball, he returned to Arkansas to teach and coach at John Brown University. A friend of mine was a student of his. One day as Professor Moon was teaching, two girls were talking in the back of the class. Professor Moon was agitated with them for disturbing the class. He picked up an eraser and with a perfect strike, hit one of the girls on the forehead creating a cloud of chalk dust. They paid attention for the remainder of the class. I think that just maybe we can call the eraser strike to the forehead a moonshot. 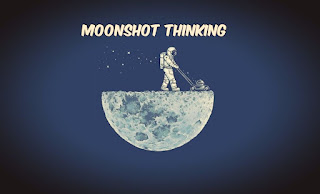 What is your moonshot? What is your most important goal? People set goals for different areas of their lives such as careers,  finances, and spiritual growth. Is it your goal to have a lot of friends? To be popular? To be good at your job? To be healthy and happy? It is your ultimate goal that determines the direction of your life.

Jesus gives us some guidance on our goal setting in Matthew 6:33,34 (CEB) “Desire first and foremost God’s kingdom and God’s righteousness, and all these things will be given to you as well. Therefore, stop worrying about tomorrow, because tomorrow will worry about itself. Each day has enough trouble of its own.”

We are all in pursuit of something. Everyone has a goal, and that goal determines the direction of their life. Paul wrote about his goal in Philippians 3:14 (NCV), “I keep trying to reach the goal and get the prize for which God called me through Christ to the life above.”

Gentle Reader, What is you moonshot? What is your ultimate goal? Just like the Apollo 11 moonshot, we need to put our focus on the heavens. 2 Corinthians 4:17,18 (VOICE) explains what our moonshot should be. “You see, the short-lived pains of this life are creating for us an eternal glory that does not compare to anything we know here. So we do not set our sights on the things we can see with our eyes. All of that is fleeting; it will eventually fade away. Instead, we focus on the things we cannot see, which live on and on.”