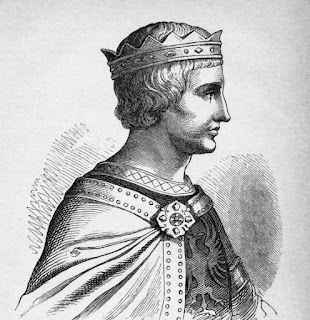 I love reading history and learning new things. Recently I came across a historical person I had never heard of before. As I learned about him, I became quite fascinated with his life. His name is Frederick the second.

Frederick II was a man of extraordinary culture, energy, and ability. He was king of Sicily and Germany during the first half of the 13th century. He was crowned Emperor of the Holy Roman Empire in 1220. Frederick is considered by modern historians to be the most gifted of the medieval Holy Roman Emperors.

Frederick astonished his contemporaries who called him Stupor Mundi, ‘wonder of the world.' His court blended Norman, Arabic, and Jewish elements. He was witty and entertaining in six different languages, Latin, Sicilian, German, French, Greek and Arabic. Frederick was a man of intellectual distinction, and he was friendly with Jewish and Muslim scholars. He encouraged scholarship, poetry and mathematics, and original thinking in all areas.

Frederick’s openness to ideas kept him at odds with the Roman Catholic Church. His demands that the Church renounce its wealth and return to apostolic poverty and simplicity did not sit well with the papacy and its supporters, who called him the Antichrist. He was excommunicated not once but four times.

Frederick was a patron of science and the arts. He had an unlimited thirst for knowledge and learning. He considered himself to be an equal of the greatest scientific minds of his times. Frederick carried out some cruel experiments on people. 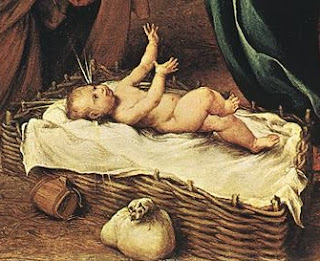 One of his experiments used babies. The purpose of the experiment was to discover what language children would naturally grow up to speak if they were never spoken to. So King Frederick took babies from their mothers at birth and placed them in the care of nurses who were forbidden to speak in the babies hearing. Along with the prohibition on speaking, the nurses were not allowed to touch the infants other than to clean or feed them.

To his great dismay, Frederick’s experiment was cut short without finding out what language the babies would speak. The babies grew up to speak no language at all because they died. In the year 1248, an Italian historian named Salimbene di Adam wrote, “They could not live without petting.” The babies died for want of touch.

Modern medicine calls this phenomenon, “failure to thrive.” For some reason, humans flourish under the influence of love, and we gradually die without it. Dr. Dean Ornish in his national bestseller, “Love and Survival,” presents study after study demonstrating that love is a chief influence for mental, emotional, and physical health. He says, “The scientific evidence leaves little doubt that love and intimacy are powerful determinants of our health and survival. Why they have such an impact remains somewhat a mystery.” 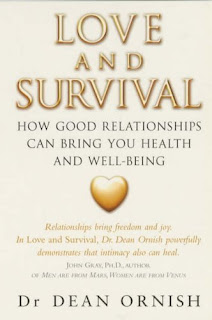 Modern science is now proving through controlled studies that human beings are engineered for love. We are made for love, as if our DNA contains the message, “You must love and be loved to survive.”
The problem for many scientists is that they are trying to understand the human need for love within the context of Darwinian evolution. Evolution begins with a survival-of-the-fittest premise; it states that self-preservation is the highest law and the main factor in our survival. Love is self-giving rather than self-preserving, and, therefore, makes no sense in the evolutionary context.

If evolution is the truth of human origins, then human beings are merely biological animals, and there is no such thing as love. And yet, here we are; creatures who thrive on love and are utterly dependent on it. Every human has a desire to love and be loved.

Scientists may feel that the reason that love and intimacy have such an effect on our health and survival is a mystery, but I don’t. God made us to love and be loved.

We will never thrive until we learn to express and receive affection. But we have another need—one that may seem counter-intuitive: we need to have a healthy love for ourselves. 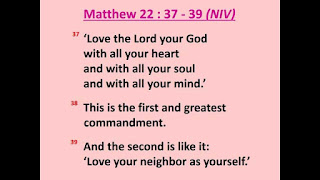 You would probably agree that loving God and others is important, but is loving yourself important? Self-love is often associated with pride and self-centeredness—and there are plenty of both in our world. However, that’s not what Jesus meant. He was saying we should recognize and appreciate our worth. God created us in His image so we could have a relationship with Him. Jesus died for us so we could be forgiven and reconciled to the Father. Since the Lord values us so highly, shouldn’t we love ourselves? I’m not talking about a boastful attitude, but a quiet peace that comes from knowing we’re deeply loved by our heavenly Father.

A healthy self-love is essential. If it is missing or in some way incomplete, we can’t love the Lord or others as we should. A nagging sense of unworthiness leaves us empty and prevents us from looking up to God in devotion and reaching out to others with affection. God does not want us to have low self-esteem. He wants us to thrive. To thrive, we need to love God, to love others, and to love ourself. We also need to be loved by God, others and ourself. 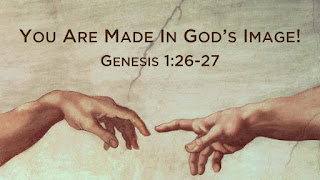 The Bible has many passages that tell us what God has to say about our worth and our value in His eyes. Genesis 1:26-27 says “’Let Us make man in Our image, according to Our likeness; let them have dominion over the fish of the sea, over the birds of the air, and over the cattle, over all the earth and over every creeping thing that creeps on the earth.’ So God created man in His own image; in the image of God He created him; male and female He created them.”
You were made in the image of God.

Psalm 139:13-14 says “You made my whole being; you formed me in my mother’s body. I praise you because you made me in an amazing and wonderful way.”

God made you in an amazing and wonderful way.

Ephesians 1:4 says that “God chose us before the world was made so that we would be his holy people—people without blame before him.”

God chose you even before the world was made.

In Romans 5:8, the Bible tells us that “while we were yet sinners, Christ died for us.”

Jesus died for you not because you were good enough, but because he loved you.

John 3:16,17 “For God so loved the world that He gave His only begotten Son, that whoever believes in Him should not perish but have everlasting life. For God did not send His Son into the world to condemn the world, but that the world through Him might be saved.”

God loved you so much that he sent Jesus not to condemn you but to save you.

If we focus on how much God loves us and the price He paid to redeem us, we’ll come to see ourselves as God sees us, and that will help us understand just how much we’re worth as children of God. 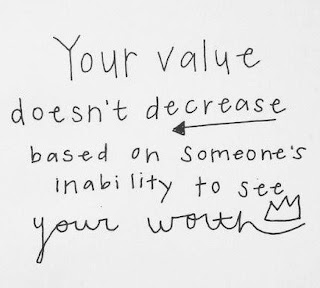 Too often our self-worth is based on what other people tell us about ourselves. The one, true authority on our self-worth is Jesus Christ, and since He gave His life for us by dying on a cross, that should tell us just how valuable we are.

For us to thrive, we must be fully aware of just how much God loves us. When we fully accept God’s love for us, we’ll have a healthy appreciation for ourselves, an ever-growing love for Him, and the ability to love and care for others.

How much are you and I truly worth? What value should we place upon each other? Often we'll look at what someone is doing, and if they're doing a poor job, making mistakes; then we view that person as of little value. But is this the correct way of seeing value in someone?

The key to seeing and understanding the value of you and me and all other people in the world is to see our value in light of what Jesus did to save us! 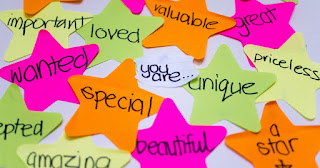 We all need to grow in this area because everybody needs to know they are loved. You especially need to know how to show love if you are a follower of Jesus because He said, "All people will know that you are my followers if you love each other." John 13:35

1 John 3:17-18 the Bible says, “What if a person has enough money to live on and sees his brother in need of food and clothing? If he does not help him, how can the love of God be in him? My children, let us not love with words or in talk only. Let us love by what we do and in truth.”

God's Word is His love letter to us. The love of Jesus waits in each page! Don’t leave your love letters unopened and unread. God loves you, and he wants to tell you just how much. Open his love letter to you and listen to what he has to say to you.

The greatest love poem found in the Bible is in John 3:16,17. “ For God so loved the world that He gave His only begotten Son, that whoever believes in Him should not perish but have everlasting life. For God did not send His Son into the world to condemn the world, but that the world through Him might be saved.”

What beautiful words. We need to keep in mind that it is the world that God loves, not a single nation, not a single race. Not just the “good” people, not just the people who love God back. “God so loved the world.” This includes the lovable and the unlovable; those who are popular, and those who have no one else to love them; the ones who love God, and the ones who never think of God.

Gentle Reader, let’s remember how valuable we are in God's eyes! All of us! God wants you to thrive. He also wants you to help others thrive. May our lives be the proof of God’s love.