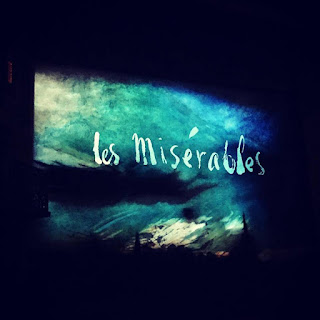 When my wife learned that the musical theatre production of Les Miserables was coming to Little Rock, we made plans to attend. We had attended a production of the show around twenty years ago and had enjoyed it very much. We asked my Mom if she would like to go with us and she was excited to be able to attend. She had studied Les Miserables in French class when she was a girl.

The December day that we traveled to Little Rock to see the production was a warm 75-degree day. After some Christmas shopping, a great meal at Cantina Laredo, and seeing an awesome sunset, we headed to The Robinson Center in downtown Little Rock. As we were driving, we watched the dramatic supermoon rise over downtown. The state capitol was striking with Christmas lights outlining the building. 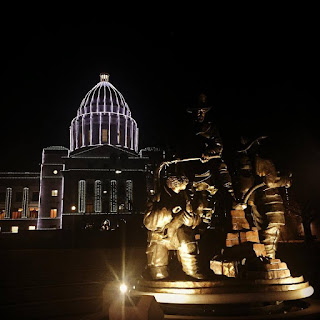 The Robinson Center was a bustle of activity as we made our way to our seats. The set with its towering buildings on either side of the stage, made us feel like we were in France in the early 1800's. The audience of the sold-out show waited in eager anticipation for the performance to begin. When the first strains of music started, a hush fell over the theater. For over three hours the performers held the audience in rapt attention. Every line of the musical is sung through, so there is no spoken dialogue. Across the board, the vocals were amazing. The vocal power displayed by every member of the cast kept the audience enthralled.

The musical Les Miserables is based on a French historical novel by Victor Hugo that was first published in 1862. It is considered one of the greatest novels of the 19th century. The novel tells a story of broken dreams, sacrifice, and redemption. It is an examination of law and grace, and a timeless testament to the survival of the human spirit.

Victor Hugo wrote in the preface; “So long as there shall exist, by reason of law and custom, a social condemnation, which, in the face of civilization, artificially creates hells on earth, and complicates a destiny that is divine with human fatality; so long as the three problems of the age—the degradation of man by poverty, the ruin of women by starvation, and the dwarfing of childhood by physical and spiritual night—are not solved; so long as, in certain regions, social asphyxia shall be possible; in other words, and from a yet more extended point of view, so long as ignorance and misery remain on earth, books like this cannot be useless.” 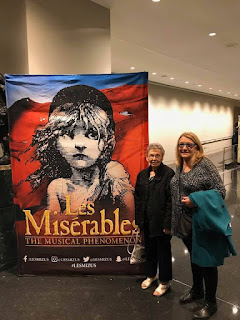 The musical revolves around the story of two men; Jean Valjean, who was imprisoned for stealing a loaf of bread to feed his family, and Inspector Javert who is always looking for Valjean and seeking to arrest him after he breaks his parole.

To me, the most intriguing part the story of Les Miserables is the different way the main characters deal with law and mercy. The story starts when Jean Valjean is released after 19 years in jail. Valjean is rejected in every place he seeks refuge until he finds a priest who gives him food and a place to sleep.

Jean Valjean steals all the finest silver from the priest. He is caught and brought back and made to admit his sin in front of the priest. The police are ready to put Jean Valjean in jail when the priest stops them. He explains that he did give all of the silver to the man and, in fact, the man forgot to take the most precious silver. As the priest hands over his valuable candlesticks, it is clear that his grace is greater than Jean Valjean could have ever imagined. Having experienced such forgiveness, he spends the rest of his life trying to replicate the grace that was given to him. 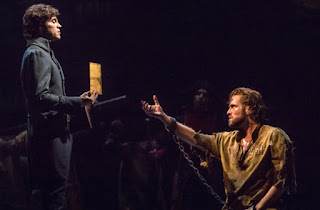 Javert is the legalist, and he holds strictly to the letter of the law. There is only one way to treat others, and it is by strict justice. The story leads up to a climactic scene when Jean Valjean has the opportunity to kill Javert. But instead of retribution for the lifelong struggles and pain Javert has inflicted on his life, Jean Valjean shows him mercy, cuts his bound hands loose, and sends his enemy off as a free man.

The mercy shown to him by Valjean sends Javert, the legalist, into a tailspin from which he cannot recover. For him, mercy proves to be an unsolvable problem. He sings, “I am the law, and the law is not mocked! I’ll spit his pity right back in his face!” And then continues, “my thoughts fly apart. Can this man be believed? Shall his sins be forgiven? Shall his crimes be reprieved? Does he know that granting me my life today, this man has killed me even so.” After experiencing unmerited mercy, Javert the legalist jumps off a bridge and kills himself. 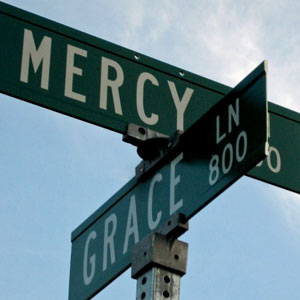 Gentle Reader, Les Miserables is a story of the contrast in how sinners respond to the offer of free mercy. At a profound level, this is the story of two responses to mercy: one man is broken and lives, and one man is hardened and dies. Titus 3:5 (NIRV) tells us that “He saved us. It wasn’t because of the good things we had done. It was because of his mercy. He saved us by washing away our sins. We were born again. The Holy Spirit gave us new life.” Don’t be an Inspector Javert and refuse the mercy that is shown to you, be a Jean Valjean and live a life showing mercy to others because of the mercy you have been given.

Posted by Richard Lawry at 5:38 AM