Have you ever received a letter asking you to report for jury duty? If so, what was your reaction? From talking to people, I have found that many people try to find an excuse that will allow them to be released from serving. When my letter came in the mail, I must admit that I wasn’t pleased. As a small businessman with no employees, If I am on jury duty, my business is closed.

I believe in our justice system, and I believe in each citizen doing his or her part, but that doesn’t mean that I don’t find serving inconvenient. When I received the phone call telling me to report to the courthouse on Thursday at 9:00 AM, my heart sank. I was in the middle of a very busy week and had been going in to work early and working late. Why did it have to be this week? I called customers to let them know that there might be a delay in completing their jobs. 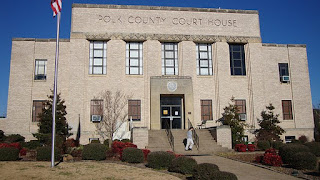 When I arrived at the courthouse, I had to park a few blocks away because all the parking places near the courthouse were full. When I stepped into the courtroom, every seat was filled, and people were standing in the back. Sheriff’s deputies brought chairs to sit across the back of the room and along the sides. I looked around and saw how many potential jurors were there, and thought that I had a good chance of not being picked for the jury. I hoped it wouldn’t take too long so I could get back to work.

After roll call to find out who was present, the judge asked questions of the potential jurors to find out if they would be able to remain unbiased. His questions were simple. Several people were dismissed during this stage of the jury selection process. When the twelve jurors were picked, I breathed a sigh of relief. My name hadn’t been chosen. But after the prosecution and defense attorneys met, four jurors were dismissed. After the four were replaced, and my name still hadn’t been chosen I thought that would be it. But three of those jurors were dismissed. After one of next group of replacement jurors was replaced, the jury was finally seated, and I was able to go back to work.

As I was driving back to work, I thought about the verse in Hebrews 9:27 (NLT) where the Bible says, “each person is destined to die once and after that comes judgment.” Even though I was a bit frustrated that the process of picking the jury had taken up two and a half hours of my time, I realized how important it was to the defendant that the jury was impartial so that he would receive a fair trial.

As much as I wanted a fair trial for the defendant, I don’t want a fair and impartial trial when it is my time to be judged by God. “We must all appear before the judgment seat of Christ, so that each of us may receive what is due us for the things done while in the body, whether good or bad.” 2 Corinthians 5:10 (NIV) And Romans 3:23 (KJV) tells us that, “all have sinned, and come short of the glory of God.”

Fortunately, the Bible tells me that I have a mediator. “There is one God and one Mediator between God and men, the Man Christ Jesus. 1 Timothy 2:5 (NKJV) And it also tells us that Jesus “is able, once and forever, to save those who come to God through him. He lives forever to intercede with God on their behalf.” Hebrews 7:24,25 (NLT)

In this heavenly trial, who is the judge, who is the accuser, who is the witness, and who is the defense attorney? “The Ancient of Days was seated … the court was seated, and the books were opened. Daniel 7:9,10 (NKJV) God the Father, the Ancient of Days, presides in the judgment. 1 John 2:1 (NKJV) tells us that “we have an Advocate with the Father, Jesus Christ the righteous.” Jesus is our defense attorney, our advocate. But in a strange twist, Jesus is also our judge. “The Father judges no one, but has committed all judgment to the Son.” John 5:22 (NKJV) 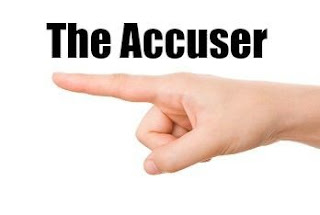 Who is our accuser? Many people think that God accuses us. But even though we all have many things to be accused of, God isn’t our accuser. The Bible tells us that “Satan, who deceives the whole world” is “the accuser of our brethren, who accused them before our God day and night.” Revelation 12:9,10 (NKJV) Satan is your only accuser. In the heavenly court, Jesus, who loves you, and is your best friend, will be your attorney, judge, and witness. I like my chances before that court.

You and I are no match for Satan, but with Jesus as the judge and our defense attorney, we can face the judgment without fear. Throughout history, Satan has presented God as a harsh, demanding, and relentless God, who is ready to condemn us. Many of us as Christians have helped Satan in his quest to paint God as a harsh, demanding tyrant. Don’t listen to Satan’s lies.

Gentle Reader, instead of being afraid and dreading judgment, we can look forward to judgment because we know that “there is now no condemnation for those who are in Christ Jesus.” Rom. 8:1 (NIV) The Bible makes this very clear in John 3:16-16 (NKJV) “For God so loved the world that He gave His only begotten Son, that whoever believes in Him should not perish but have everlasting life. For God did not send His Son into the world to condemn the world, but that the world through Him might be saved. He who believes in Him is not condemned; but he who does not believe is condemned already, because he has not believed in the name of the only begotten Son of God.” I hope that you believe in Jesus as your Saviour. You can’t have a better defense attorney.

Posted by Richard Lawry at 5:55 AM