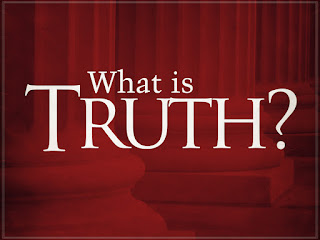 The dictionary states that truth is “the quality or state of being true.” But as I looked at another definition that is listed in the dictionary I read, “A fact or belief that is accepted as true.”

When you ask a Christian what is the truth you will get some different answers but most of the time there will be something like this; "My church teaches the truth."

To answer the question, what is truth, I’m afraid that I have to tell you that no denominational doctrines individually, nor all of them collectively, constitute the truth. Did you hear me? None of them constitute the truth… unless they are centered in, informed by, and presented with the love of Christ. 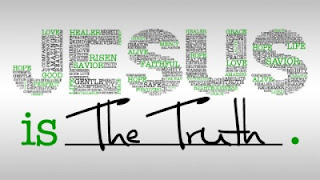 In Ephesians 4:21,22 (NCV) Paul wrote, "I know that you heard about Him, and you are in Him, so you were taught the truth that is in Jesus. You were taught to leave your old self—to stop living the evil way you lived before."

I want us to go back to the dictionary definition. The one that I actually think most of us mean when we use the word truth. Truth is a fact or belief that is accepted as true. All humans believe in the truth….as long as we used that definition. Paul added a layer of meaning when he wrote, “you were taught the truth that is in Jesus.” 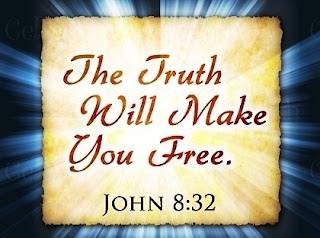 I hope that you see that truth isn’t just a bunch of abstract factual information to memorize, quote, and argue about. Truth is a person, and His name is Jesus. So what is the “truth” like when it is preached outside of Jesus? For one thing, truth apart from Jesus is merely raw data void of personality and character. It doesn’t have a face, a heart, or a personal desire for you. Secondly, truth apart from Jesus is emotionally brutal because all it can do is impose guilt and arouse fear. It cannot save, heal, or transform the heart.

As a matter of fact, preaching a list of doctrinal truths and behavioral standards while failing to preach Jesus as the Truth actually kills. I know that is a bold statement but I have seen it happen. In 2 Corinthians 3:6 (NIV) we read, "He has made us competent as ministers of a new covenant—not of the letter but of the Spirit; for the letter kills, but the Spirit gives life." 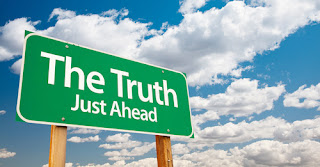 Paul is telling us that the bare facts of the truth, preached without Jesus as the living, loving, compassionate center, have the effect of killing people on a spiritual, emotional, and relational level. Truth that does not magnify Jesus can only drive people away from God in despair or produce in them a spirit of condemnatory Pharisaism.

We read in John 1:14 (NCV), “The Word became a human and lived among us. We saw his glory—the glory that belongs to the only Son of the Father—and he was full of grace and truth." Grace and truth! Why is that combination so important? Truth without grace can only heap shame upon sinners, but grace combined with truth brings healing.

We don’t merely need truth—the bare bones of doctrinal facts -- we need the truth as it is in Jesus—the living example of God’s love and grace.

Posted by Richard Lawry at 9:18 AM