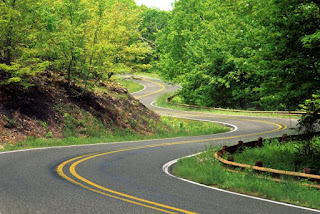 The sun shone brightly on the winding road as it snaked along the mountain’s crest. Magnificent views with varying degrees of hazy blues and greys in the distance were around almost every corner. Tall grass and weeds concealed old rusty guardrails. Occasionally, patches of wildflowers lined the edges of the road. It was a beautiful summer day, and I was going on a picnic.

I have always enjoyed picnics. When I was a boy living in Colorado, my family often went on picnics in the mountains. I loved being outdoors and was frequently too excited to eat much. My favorite food was watermelon that had been chilled by putting it in a cold mountain stream.

As we were driving to our picnic spot on top of the mountain, I thought, “I’m not a kid anymore, but I’m still happy and excited to be going on a picnic with my family.” When we arrived at the picnic area, family members had already found a great spot under a gazebo. It was a warm summer day, but with the shade of the gazebo and light mountaintop breezes, It was very pleasant.

We fried potatoes and onions on the camp stove, and they were very tasty with the hot dogs and black bean salad.  Of course, there were chips and cookies; it was a picnic after all. We spent several relaxing hours there, eating, visiting, and watching the miniature train as it passed by our picnic spot several times filled with happy waving passengers. 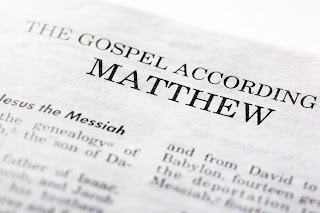 While we were on our picnic, we had a family Bible study from the book of Matthew. As we were reading and talking about the life of Jesus, I thought about a time that Jesus was at a picnic. The dictionary definition of the word picnic is, “an occasion when a packed meal is eaten outdoors, especially during an outing to the countryside.” The picnic that Jesus was at was a meal eaten outdoors in the countryside.

We find the story in Matthew chapter 14. Jesus’ cousin, friend, and fellow itinerant preacher, John, had just been put to death by King Herod. “As soon as Jesus heard the news, he left in a boat to a remote area to be alone. But the crowds heard where he was headed and followed on foot from many towns. Jesus saw the huge crowd as he stepped from the boat, and he had compassion on them and healed their sick.” Matthew 14:13,14 (NLT) Even though Jesus was in mourning and wanted to spend some time alone, when people came to him and needed help, he had compassion on them. 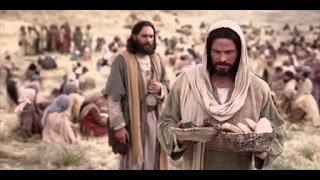 The crowd that followed Jesus that day was very large. “Those counting the people reported approximately 5,000 men—not including the women and children—sitting in the crowd.” John 6:10 (VOICE) “That evening the disciples came to him and said, ‘This is a remote place, and it’s already getting late. Send the crowds away so they can go to the villages and buy food for themselves.’ But Jesus said, ‘That isn’t necessary—you feed them.’”Matthew 14:15,16 (NLT)

“Then Andrew, Simon Peter’s brother, spoke up. ‘There’s a young boy here with five barley loaves and two fish. But what good is that with this huge crowd?’ ‘Tell everyone to sit down,’ Jesus said. So they all sat down on the grassy slopes. Then Jesus took the loaves, gave thanks to God, and distributed them to the people. Afterward he did the same with the fish. And they all ate as much as they wanted.” John 6:8-11 (NLT) At every family picnic that I have ever been on, everyone ate as much as they wanted. But as many family members, as I have, there have never been thousands of people at one of our family picnics.

This story shows us how much Jesus loves people. He was trying to get away from the crowds to rest for a while without interruption. But when the crowds wouldn’t let him mourn in peace, instead of getting upset, He felt compassion for them and ministered to them by teaching and healing. Then late in the day, He was concerned that the people were hungry, so He provided a meal for them. Our God cares about us. He wants to supply our needs. Christianity is not simply about spiritual matters. Jesus is also concerned about our physical needs. 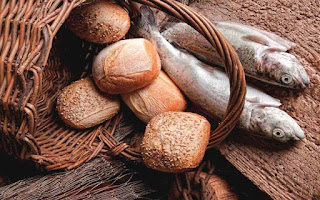 There are many lessons to be learned from this picnic story. Nothing is too big for God. He is bigger than any problem we face. He wants us to address the problem, but He will multiply our efforts. But today I want us to focus on the compassion of Jesus and what He did about it. I recently heard a Christian pastor say, “feeding the hungry does not help them take responsibility for their lives.” I don’t disagree with that statement, but I look to the example of Jesus. The crowd that he fed had not been responsible. They traveled far into the countryside without taking food with them. But Jesus made sure that they were fed anyway.

In the book of Matthew, “church members” ask this question. “‘Lord, when did we see you hungry or thirsty and not help you? When did we see you as a stranger or needing clothes or sick or in prison and not help you?’ He will reply, ‘What I’m about to tell you is true. Anything you didn’t do for one of the least important of these, you didn’t do for me.’” Matthew 25:44,45 (NIRV)

Gentle Reader, All people are made in God’s divine image, all are passionately loved by God, and it’s a commandment from God that we love everyone as well. Even those who may not be making responsible decisions. “What if a person has enough money to live on and sees his brother in need of food and clothing? If he does not help him, how can the love of God be in him?” 1 John 3:17 (NLV)