Afraid of the Dark

An Arkie's Faith column from the December 5, 2018, issue of The Mena Star. 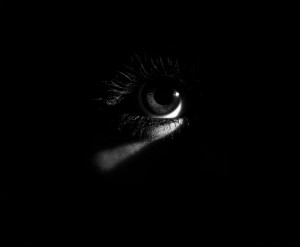 The young boy made his way through the kitchen, out the front door, and onto the screened in front porch. He hesitantly opened the screen door and crept out into the night. The path that was illuminated just hours before was now lost in the blackness of a moonless night. Fear gripped him as he carefully made his way to the outhouse at the end of the path.

When I was a young boy, my grandparents’ home didn’t have an indoor bathroom. The outhouse was interesting in the daytime because it was different than being at home, but on a dark night, it was creepy and a bit frightening. Darkness changes our perspective. Most children at one time or another experience the fear of the dark. And unlike most childhood fears, it’s one that plenty of people never outgrow. 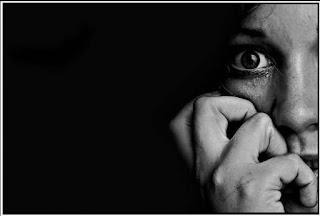 According to Psychologist Thomas Ollendick, the director of the Child Study Center at Virginia Tech University, some fears are acquired based on specific life experiences; others are more universal and innate. Fear of darkness falls into that latter category. The reason: It’s not the darkness itself that’s frightening. It’s the fear of what the darkness masks. The dark leaves us vulnerable and exposed, unable to spot any threats that may be lurking nearby. For much of human history, dark meant danger, and fearing it meant taking precautions to stay safe. That’s not the case anymore — there’s not much to fear when we spend the darkest hours of the night tucked safely in our beds with a light switch nearby — but darkness has nevertheless held on to its place in our psyche as a manifestation of the terrifying unknown.

Darkness is scary because you can’t see. Once the lights are on, everything turns back to normal. The shadowy, life-threatening figures become normal, everyday objects. Your heart rate slows, and you are no longer hyperventilating. You can see again, and the world is normal once more. The Psalmist understood the connection between fear and darkness, but he also knew that God is greater than those fears. He wrote, “You will not fear the terror of night, nor the arrow that flies by day, nor the pestilence that stalks in the darkness.” Psalms 91:5,6 (NIV) Darkness makes the world a scary place, but Jesus says, “I am the light of the world. He who follows Me shall not walk in darkness, but have the light of life.” John 8:12 (NKJV) 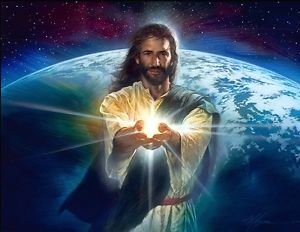 In the light of God’s love and grace and truth, we can find courage, help, and strength to overcome our fears. When he was talking to Nicodemus, Jesus explained it this way: “The Light has come into the world, but they did not want light. They wanted darkness, because they were doing evil things. All who do evil hate the light and will not come to the light, because it will show all the evil things they do. But those who follow the true way come to the light, and it shows that the things they do were done through God.” John 3:19-21 (NCV)

When Jesus came to this world, it was as if a light was switched on. Every one of us needs that light to shine into our lives. Recently, the lights turned on for me spiritually. I’d been in a dark period for a while. I had been taught that God gives us trials and therefore He must have caused the darkness that was consuming my life. People that I had loved and trusted had abandoned me. I incorrectly believed that if my life was difficult, that it must be God’s will. I had been taught that trials bring us closer to God, so I should be thankful. But I wasn’t thankful; I was angry and bitter. I was in darkness, and I was afraid for what the future would bring. Then a light switched on when I read Jeremiah 29:11 (NCV), where God says, “I have good plans for you, not plans to hurt you. I will give you hope and a good future.” 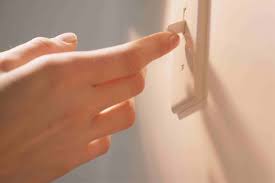 A light turned on, and now I could see, and over time it’s become even clearer. I have come to realize that God never intended for evil to happen and He has a plan to wipe it out. Instead of causing my suffering and trials, Jesus takes them on Himself. In 1 Peter 5:6,7 (NKJV) we are told to “humble yourselves under the mighty hand of God, that He may exalt you in due time, casting all your care upon Him, for He cares for you.”

Looking at what Jesus did for me on the cross and realizing that He has good plans for me changed my perspective. Knowing that He wanted me to cast my cares upon Him was like a turning on a light switch. Realizing that He wasn’t the cause of my trials and troubles, brought light back into my life.

Gentle Reader, if you are living in fear and darkness, God wants to light up your world. “For God, who said ‘Let light shine out of darkness,’ is the one who shined in our hearts to give us the light of the glorious knowledge of God in the face of Christ.” 2 Corinthians 4:6 (NET) Turn the lights on with the flip of a switch, and maybe you’ll find yourself saying with Paul, “For I determined not to know anything among you except Jesus Christ and Him crucified” 1 Corinthians 2:2 (NKJV).

Posted by Richard Lawry at 7:00 AM