My An Arkie's Faith column from the September 1, 2021, issue of The Polk County Pulse. 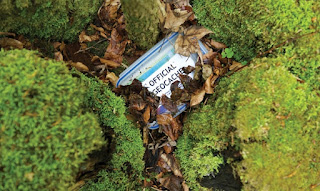 The sun was coming up as I quickly dressed and ran a comb through my hair. I knew about a couple of geocaches in the area near our condo in Tyler, Texas, and I wanted to find them. If you are not familiar with Geocaching, it is a modern-day treasure hunt powered by a GPS. A geocacher can place a cache anywhere in the world, pinpoint its location using GPS technology, and then share the geocache’s existence and GPS coordinates online. Anyone with a GPS unit or enabled smartphone can then try to locate the geocache.
No one else was awake as I quietly slipped out the door. I was sure that I could find the geocaches and be back to the condo before breakfast. It was just a short drive to the area near the first geocache. I had no problem quickly finding the cache located just a short distance from the parking area. I got back in the car and headed toward the second cache that was several miles away. I wanted to find this cache because my app told me that it contained a “travel bug.”
In Geocaching, a travel bug is a specially designed dog tag attached to items that are placed in geocaches. Each dog tag has a unique code, and the owner enters the item onto the geocaching website. When a geocacher finds a travel bug, they log the find on the website, then place the travel bug in another geocache when they can. This way, the travel bug can travel many miles. I wanted to find this travel bug in Tyler, Texas, and move it into a cache in Arkansas. 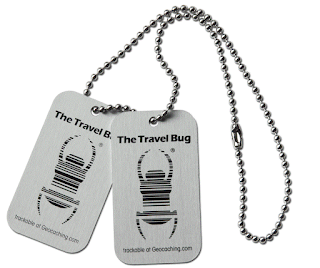 Following my GPS, I tried to find a place to park near the cache. It looked like I would have to hike about a half-mile, as the GPS showed the cache to be quite a ways from any parking area. I parked near a disc golf course and headed out to find the cache. Following my GPS, I made my way into the woods at the back of the disc golf course. I made several detours around areas of thick, tangled undergrowth and small streams. It took me longer to find the cache than I had planned, but I was happy to see that the travel bug was still there.
Shoving the travel bug, a beautifully carved wooden chain, into my pocket, I headed back to the car. “I need to hurry,” I thought. “They will be waiting for me back at the condo, and they don’t know where I have gone.” As I tried to make my way back, I soon realized that I wasn’t sure which way I needed to go. I had made so many detours on my way to the cache that I was confused and disoriented. I forgot to put the coordinates of my car’s location in the GPS, so I tried to retrace my steps. But I couldn’t remember which way I had come.
I stepped out into a brushy clearing and was trying to decide which way to go. There was an area that looked a bit wet and muddy, so I stepped carefully across it to avoid getting my shoes dirty. Imagine my surprise when the “solid” ground gave way, and I sank waist deep into stinky mucky quicksand. At first, I was just angry that I was filthy, but then I started trying to get out and realized that I was in a dangerous predicament. As I struggled to get out, matters only got worse. Before long, I was up to my armpits in quicksand. 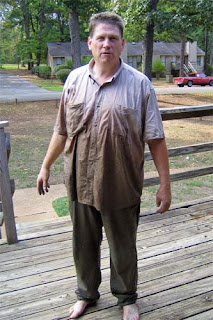 Fortunately, I reached a small shrub that was strong enough for me to pull myself out. I sat on the ground, thankful to be out of the quicksand. But I was now on the opposite side of the quicksand from where I needed to be. What should I do? I needed to make sure that I didn’t get mired in the quicksand again. So I laid out spread eagle and very carefully “swam” to the other side. After several more false turns and retracing my steps, I finally made it back to my car.
As I was driving back to the condo, thinking about the morning’s adventure, it dawned on me how serious my situation had been. I was by myself, and my wife had no idea where I was. I never saw another person while I was out in the woods. As I was driving back, I gave a special prayer of thanks to God for keeping me safe.
When I got back to the condo, I wasn’t allowed in because I stunk so bad. No one was outside, so I quickly undressed on the porch and then ran inside and showered. I spent the next hour cleaning up the car and trying to cover up the stench. Even after washing my clothes and tennis shoes, I had to throw them away. I couldn’t get the smell out of them. 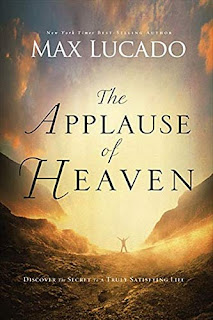 While reading Max Lucado’s book, The Applause Of Heaven, the following words captured my attention. “Grudge is one of those words that defines itself. Its very sound betrays its meaning. Say it slowly: “Grr-uuuud-ge.” It starts with a growl. “Grr …” Like a bear with bad breath coming out of hibernation or a mangy mongrel defending his bone in an alley. “Grrr …” Remove a GR from the word grudge and replace it with SL and you have the junk that grudge bearers trudge through. Sludge. Black, thick, ankle-deep resentment that steals the bounce from the step.”
Gentle Reader, Are you allowing your hurts to turn into hate? If so, ask yourself: Has your hatred done you any good? Has your resentment brought you peace? Has it granted you any joy? Holding a grudge is a lot like being in quicksand. When you hold a grudge, you can’t seem to get out of its grasp. The more you think about it and struggle with it, the deeper you sink. I believe that the only way we can get ourselves out of the quicksand of holding a grudge is through the power of God. Paul writes in Ephesians 4:26,27 (NLT), “don’t sin by letting anger control you. Don’t let the sun go down while you are still angry, for anger gives a foothold to the Devil.” Don’t give the Devil a foothold by holding a grudge. Don’t sink in the quicksand of hatred. You might not be able to get out.
Posted by Richard Lawry at 6:30 AM