My An Arkie's Faith column from the September 22, 2021, issue of The Polk County Pulse. 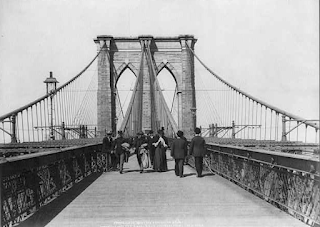 The iconic Brooklyn Bridge looms majestically over New York City’s East River, connecting the two boroughs of Manhattan and Brooklyn. Construction on the bridge started in 1869 but wasn’t completed until 1883. Thousands of Brooklyn and Manhattan residents witnessed the dedication ceremony, which was presided over by President Chester A. Arthur and New York Governor Grover Cleveland. Within 24 hours, more than 150,000 people walked across the Brooklyn Bridge. It was the first steel suspension bridge and had the longest span of any bridge in the world: 1,600 feet from tower to tower.

The bridge became an essential landmark of New York City and one of the city’s most recognizable symbols. With its unprecedented length and two stately towers, The New York press stated that it was the “eighth wonder of the world.” When the Brooklyn Bridge opened, pedestrians had to pay a penny to cross by foot; the toll for a horse and rider was five cents and ten cents for a horse and wagon. Tens of thousands crossed the bridge every day on the way to work from Brooklyn to Manhattan. Under pressure from civic groups and commuters, the pedestrian toll was repealed in 1891.

One New Yorker, George Parker, was particularly obsessed with the Brooklyn Bridge. He saw the bridge as an opportunity to make money. He decided that he could sell the Brooklyn Bridge to unsuspecting tourists and immigrants. As outrageous as that sounds, his scam worked, as it is reported that he sold the bridge twice a week for years. 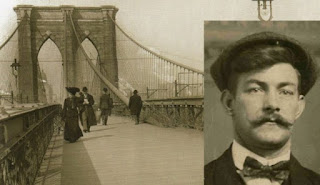 Like many others of his time, con artist George Parker preyed on the vast waves of immigrants arriving in America, hungry for their piece of the American dream. He paid stewards working on ships coming into Ellis Island to identify potential “customers.” They scoped out passengers with plenty of cash and an interest in owning real estate. New York in the 1880s was a melting pot of immigrants arriving in the New World from all corners of the globe. Most came in impoverished, but some arrived with investment capital, eager to live the American dream.

The Brooklyn Bridge had several characteristics that made it particularly well suited for this sort of con. Its proximity to the port made it highly visible to newcomers who might be likely marks, and its size provided opportunities to show it off while avoiding the law. But perhaps most critical was its fame. In the late 19th century, the bridge along with the Statue of Liberty was one of the two best-known symbols of America.

The idea behind the sale of the Brooklyn Bridge was that the new owners could erect toll booths and charge people to cross. Parker would sell the bridge, and the unsuspecting buyer would receive nothing more than a forged set of ownership papers. Parker’s swindle became relatively sophisticated over time. He reportedly opened real estate offices and produced authentic-looking documents to prove that he owned the bridge. He convinced his buyers that he enjoyed building bridges but operating them was too stressful for him. 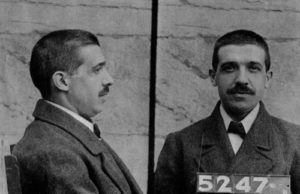 Parker was convicted of fraud three times. After his arrest in 1908, he escaped the courthouse by calmly walking out after donning a sheriff’s hat and coat set down by a sheriff who had walked in from the cold outdoors. After his fourth conviction on December 17, 1928, the judge sentenced him to a mandatory life term at Sing Sing Prison. He spent his last eight years incarcerated and was popular among guards and fellow inmates who enjoyed hearing of his exploits.

Between fake news, fake products, and stolen identities, our world has no shortage of con artists. Many use versions of scams that are hundreds of years old. I’m sure you have experienced some scams such as Nigerian money scams, fake IRS communications, bogus emails phishing for your personal information, or social media direct messages that appear to be from a friend. The list goes on and on. The people behind these scams are playing a numbers game, cashing in by exploiting their marks vulnerabilities. 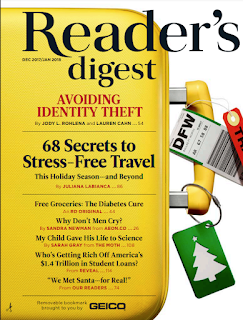 George Parker is one of the most notorious American con men, but someone has conned many more people than George ever did. Jesus talked about this con man in John 8:44 (AMPC). “You are of your father, the devil, and it is your will to practice the lusts and gratify the desires which are characteristic of your father. He was a murderer from the beginning and does not stand in the truth, because there is no truth in him. When he speaks a falsehood, he speaks what is natural to him, for he is a liar himself and the father of lies and of all that is false.” The devil conned many people in Jesus’ time, and many people are still falling for his con today.

Gentle Reader, how can we ensure that we don’t become victims of the most extraordinary con man in history? Knowing how the game works and how it takes advantage of our vulnerabilities is half the battle. Remember that all cons appeal to our selfishness. “So put away everything that is sordid, all that overflowing malice, and humbly receive the word which has been planted within you and which has the power to rescue your lives.” James 1:21 (NTE) Don’t let anyone sell you the Brooklyn Bridge.