My An Arkie's Faith column from the September 29, 2021, issue of The Polk County Pulse.

The sun shone softly, and an occasional oak leaf drifted down onto the freshly mowed grass in my backyard. Across the yard, large letters proclaimed Happy Birthday. As I looked out over the deck and patio, I felt a sense of satisfaction. Everything was ready for my Daddy’s 85th birthday celebration. We had worked hard for two days preparing for the party, and guests would be arriving soon.

Before long, family members from Missouri, Texas, Louisiana, and Kansas were eating, visiting, laughing, and wishing Daddy a happy birthday. Kids were playing in the yard as they got to know cousins who they had never met before. Family, who hadn’t seen each other for quite some time, were catching up over plates heaped with food. After everyone was full, three birthday cakes were brought out; one for Daddy and cakes for my two granddaughters whose birthdays were very soon. After presents were opened, people visited long into the evening. 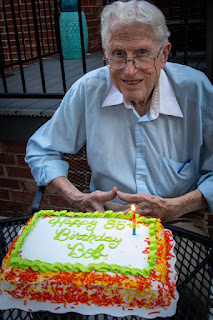 As I finally sat down, tired and weary, but still basking in the glow of the beautiful day spent with family, my mind began to wander. I thought about other birthday celebrations I had attended. I wondered how the tradition of celebrating birthdays with parties and gifts began. Have you ever thought about why we celebrate birthdays? When you think about it, they’re just an opportunity for your friends and family to come together and congratulate you for surviving another year. But for some reason, it’s become far more than that.

Although research on the origin of celebrating birthdays is inconclusive, there is enough of a consensus to piece together an approximate history. We learn about the first birthday party on record from the Bible. In Egypt, the Pharaoh was celebrating his birthday. Genesis 40:20 (NLT) tells us, “Pharaoh’s birthday came three days later, and he prepared a banquet for all his officials and staff.” Here we have a mention of a birthday and what seems to be a typical birthday celebration.

In ancient times, celebrating birthdays was only for kings and other significant people. Wealthy members of Greek society would gather in their spacious villas and share gifts, food, and wishes with their family and friends on specific days. Candles, which were a part of religious offerings and rituals, were part of the celebration. 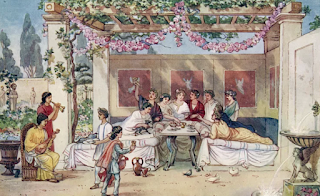 Like so many of our modern traditions, birthdays have roots in old Greek and Roman traditions. The Greeks and Romans gave us the practice of presents, candles, and parties for birthdays. The Romans were the first to celebrate the birth of the ordinary person. Before the Romans, only kings and rulers celebrated birthdays. However, Roman citizens would celebrate the birthdays of their friends and family members. Any Roman turning 50 years old would receive a special cake baked with wheat flour, olive oil, grated cheese, and honey.

During the Middle Ages, most European Christians had a patron saint, which they celebrated annually. During this time, kings and other rulers celebrated their personal birthdays, using it as an excuse to hold tournaments, celebrations, feasts, and bask in their subjects’ adoration.

During this time, ordinary Europeans celebrated their patron saint’s feast day. The saint’s birthday was adopted as their own birthday and marked accordingly. Christians used the old Roman and Greek traditions of candles, gifts, gatherings, and offerings in their new traditions. 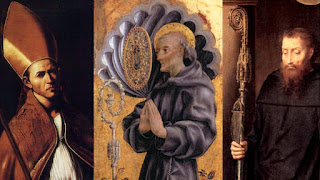 As the Reformation swept through Europe, a new idea of individualism brought about the beginning of the modern birthday. With new ideas of personal freedom, people started celebrating their own birthday rather than the day of their saint’s birth. As modernization, individualism, and wealth continued to spread through the seventeenth, eighteenth, and nineteenth centuries, so did the idea of celebrating one’s birthday. This gradual growth of birthday traditions continued into the twentieth century where it became nearly universal. Even if modern people don’t go all out in celebrating their special day, everyone knows what their birthday is and acknowledges it when it comes around every year.

What started as an ancient tradition for monarchs to celebrate their closeness to the gods turned into widespread religious ceremonies before becoming a day to celebrate one’s birth. Next time you celebrate your birthday, or the birthday of a close friend or family member, remember that the tradition stretches back thousands of years and has a long and winding path from the mists of time to the present day. 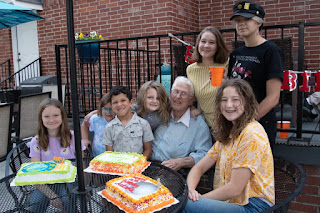 Birthdays are a wonderful experience. They are a moment we celebrate the anniversary of our birth and give thanks for another year of life! They are an opportunity to show our love to family and friends by sharing heartfelt gifts and words of appreciation. But most of all, birthdays are a reminder of how much our heavenly Father loves us. He brought us into the world, knowing us even before our conception. God told Jeremiah, “I knew you before I formed you in your mother’s womb. Before you were born I set you apart.” Jeremiah 1:5 (NLT)

David expressed it this way; “You made all the delicate, inner parts of my body and knit me together in my mother’s womb. Thank you for making me so wonderfully complex! Your workmanship is marvelous—how well I know it. You watched me as I was being formed in utter seclusion, as I was woven together in the dark of the womb. You saw me before I was born. Every day of my life was recorded in your book. Every moment was laid out before a single day had passed.” Psalms 139:13-16 (NLT)

Gentle Reader, birthdays remind us of our beginnings with God. He set us apart for His purposes. We were born to live for God. Although birthday celebrations aren’t commanded or prohibited in the Bible, Psalm 90:12 (ESV) says, “teach us to number our days that we may get a heart of wisdom.” On your next birthday, I hope you will be able to say to God, “I have relied on you from the day I was born. You brought me safely through birth, and I always praise you.” Psalm 71:6 (CEV)