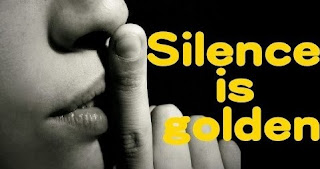 The cold wind seeped through my clothes and sent shivers through me. The beautiful weather of the day before had turned into a windy reminder that winter wasn't quite finished. As I worked installing a windshield in a large truck, my fingers were so cold that I had difficulty hanging on to things. The truck was far too big to go inside my shop, so I did the job outside. Once I finished, I was happy that my next windshield installation would be inside.

As I was working in the relative warmth of my shop, I heard a slight pinging on my metal roof. Before long, the sparse pinging turned into a deafening roar. I walked outside to see driving sleet beating down on everything. Sleet powdered the ground and was beginning to pile up. The sleet came as if the weather was in a tentative mood, unable to decide whether to give us freezing rain or snow. Stuck in a moment of indecisiveness, halfway between rain and snow, Mother Nature showered ice pellets down from the sky. The constant drumming on the roof was so loud that it was hard to hear on the phone.

As the din of the sleet beating on the roof settled down to a level that allowed conversation, I breathed a sigh of relief. The deafening intensity of the sleet made me edgy and uneasy. But as the racket softened into a gentle tapping on the roof, my restlessness gave way to peacefulness. The muffled sounds were comforting after the earlier intensity of the storm. Before long, the sounds of sleet completely disappeared. 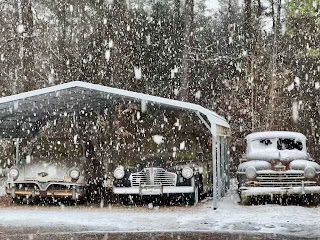 The next time I walked outside, a picture-perfect postcard scene greeted me. The air was thick with a snowy softness drifting down from the clouds. The snowflakes were so large that it almost seemed like cotton balls falling from the sky. As the large fluffy clumps of snow floated down and covered everything in a soft blanket of white, I was intrigued by the contrast of the beautiful, quiet, and peaceful snowflakes with the harsh, loud, stinging balls of sleet that had fallen just a short time ago.

The following day, I woke up to a beautiful white landscape. As I walked outside, the stillness and peacefulness of the scene filled me with tranquility. The snow rested on my backyard as if it were a feather comforter, soft and warm. It covered everything in perfect white. Have you ever noticed how peaceful it seems after a snowfall? It is not just your mind playing tricks on you. Snow does make the world quieter. 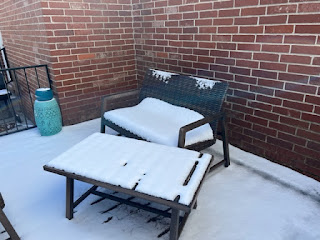 There is science behind the peacefulness and quiet of a snowy landscape. That is because snow absorbs sound, so when a fresh blanket of snow covers the landscape, it absorbs many of the sound waves, making it quieter outside. The reason snow absorbs sound is because it is porous. Snowflakes are six-sided crystals filled with open spaces. Those spaces absorb sound waves in a blanket of snow, creating a quieting effect.

As I surveyed the peaceful scene, a song from my childhood ran through my mind. One of my favorite groups was The Tremeloes, and their song, "Silence is Golden," played in my head. "Talking is cheap people follow like sheep, even though there is nowhere to go." And the chorus seemed to fit, "silence is golden, but my eyes still see. Silence is golden, golden, but my eyes still see."

As I looked out over the quiet peacefulness of the snow-covered landscape in the early morning, with the refrain, "silence is golden," still invading my mind like an earworm, I thought about the noise of the world around me. These are disturbing times, and it seems like people are yelling and shouting at you wherever you go, literally and figuratively. I don't like the noise, but "am I contributing to the cacophony," I wonder?

Although the authorship of the quotation is unclear, there is a proverb that I am sure you have heard before. "It is better to remain silent and be thought a fool than to open one's mouth and remove all doubt." People generally get into more trouble by talking too much than saying too little. Shakespeare wrote, "Discretion is the better part of valor." A country song makes the point with the line, "You say it best when you say nothing at all." 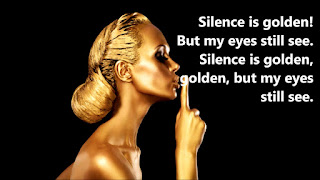 Silence can be the best thing when others do not have good intentions or use manipulative tactics. One of the most powerful testimonies Jesus ever gave was his silence to Herod. Herod was the only person in the Gospels to whom Jesus did not respond when addressed.

You can read the story in Luke 23:8-10 (VOICE). "Herod was fascinated to meet Jesus, for he had heard about Him for a long time. He was hoping he might be treated to a miracle or two. He interrogated Jesus for quite a while, but Jesus remained silent, refusing to answer his questions. Meanwhile, the chief priests and religious scholars had plenty to say—angrily hurling accusations at Jesus."

It is clear from the text that Herod was delighted at the opportunity to meet Jesus. He was hoping to see some spectacular supernatural feat. Jesus stood there, badgered by Herod's questions while the priests simultaneously accused him. Despite the harassment, in the words of the old spiritual, "He never said a mumblin' word." 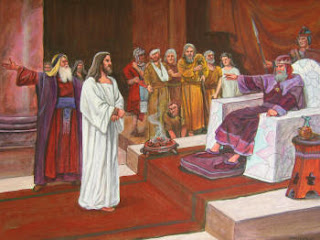 Jesus' refusal to respond to Herod's questions and harassment seems counter-intuitive, but it revealed Herod's moral and intellectual bankruptcy. Leaders should stand for principle, reasoned positions, and fair process. They show their true colors when they engage in vicious attacks. By contrast, Jesus distinguished himself by his silence in the face of scorn. Herod had killed John the Baptist for speaking the truth, making it clear that he wasn't interested in the facts.

Gentle Reader, In the day of "send" buttons and social media posts and replies, Jesus' silent treatment of Herod is still wise. I have too often regretted things I have said. Engaging in bitter debates only adds to the noise and cacophony of life. "Never pay back evil with more evil. Do things in such a way that everyone can see you are honorable. Do all that you can to live in peace with everyone. Dear friends, never take revenge. Leave that to the righteous anger of God." Romans 12:17-19 (NLT) Instead of going through life as a sleet storm, let's resolve to be a soft blanket of snow that leaves the world around us quieter and more peaceful. Sometimes, silence is golden.