J Is For Jellyfish 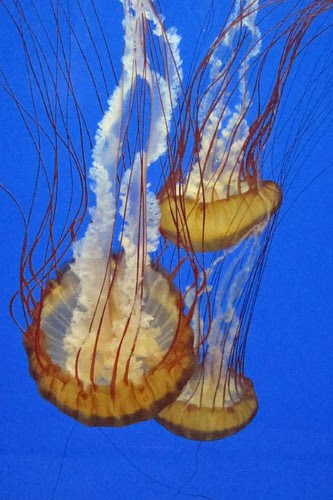 This week the letter is J. J is for jellyfish. Jellyfish are found in every ocean, from the surface to the deep sea. Here a a few photos I have taken of Jellyfish. 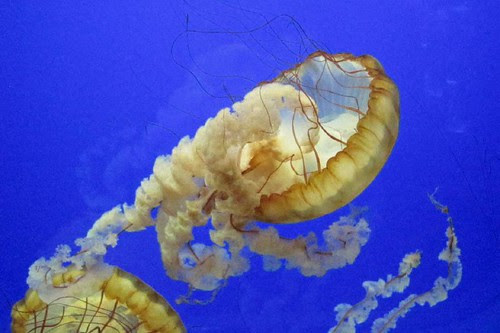 In countries like Japan, Korea and China, it is considered a delicacy to eat Jellyfish. I don't think that I would eat them. 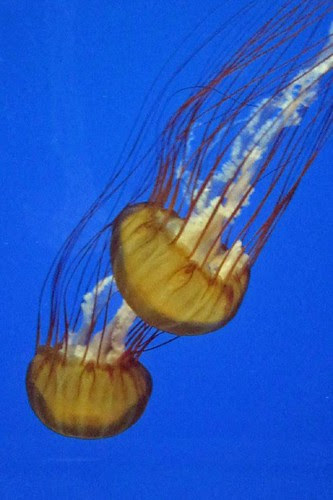 In the Artic Sea, the North Atlantic Sea and Northern Pacific Ocean lives a Jellyfish that can grow to over 120 feet long. It is the Lion's Mane Jellyfish, the largest known Jellyfish in the world.

Here is a short video I have shot of Jellyfish

Posted by Richard Lawry at 9:35 PM