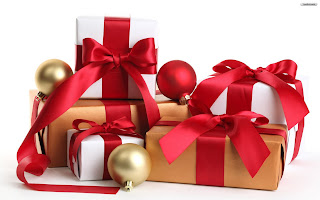 As Christmas approaches one of the things that most people focus on is gift giving.  We spend a lot of money and time finding the right gifts for people that are important in our life.  Sometimes we fail in our gift giving.

One Christmas when my son was a young boy, we nearly ruined his Christmas with one particular gift.  One of the jobs that he was given around the house was sweeping the kitchen floor.  That Christmas we bought a stick vacuum cleaner and thought it would be funny to give to him as a gift.  When it was wrapped, the vacuum was the largest gift under the tree.  When my son saw that the largest gift had his name on it he was very excited.  His imagination went wild.  What could that present be?  His whole Christmas revolved around the largest gift under the tree.  When Christmas morning arrived, all he could think about was that gift.  When he opened it, he was so disappointed that the rest of his Christmas presents couldn't make up for the vacuum cleaner fiasco. 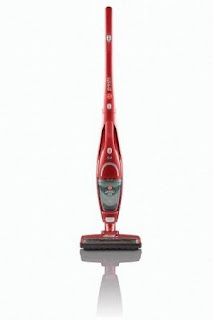 As I think about this question I find it hard to narrow down one particular gift as the best. There is one gift that I received that was very special for a number of reasons. One of the reasons this particular gift was special is that I still don’t know who gave me the gift. Let me tell you the story.

In February 2004, 17 members of my church raised 20,000 dollars and went to San Pedro, Belize in Central America to build a church. While we were there we made lots of friends. We were only in San Pedro for a short time, but by the time we left the walls of the church were finished. During the following months, the church members in San Pedro finished the church building. Plans were made for a church dedication service to be held in February 2005. I was invited to come to the dedication service. I really wanted to go. This church building project had been very important to me, and I had made many friends in San Pedro that I wanted to see again. There was just one problem. I couldn’t afford the trip.


One day I received a letter in the mail from Fare Finders Travel. Why were they sending me a letter? When I opened the letter I was surprised by what it said. Please come in to Fare Finders to make arrangements for a round trip ticket to Belize. Someone has paid for the ticket, but they want to remain anonymous. I couldn’t believe it. My wife immediately tried to figure out who the anonymous donor was. She still hasn’t cracked the case. It is still an unsolved mystery. The mysterious ticket has to be one of the best gifts I have ever received.

We made plans to go back to San Pedro. As we packed and attended to all the details of the trip, the mystery giver was in our thoughts. Who was this person who had given such a meaningful and valuable gift? How could we thank the giver?

Our trip to Belize was wonderful. It was very special to me to see the completed church building. The dedication service was beautiful and moving with people from several different countries participating. We got reacquainted with friends that we had made the year before, and made many new friends the 10 days that we were there. Many times friends would stop by our room with gifts such as fresh coconut water, papaya, or some small trinket. On the last day we were in San Pedro, there was a steady stream of visitors at our room. They wanted to tell us goodbye. Most of them brought a gift.

GINA AND I WITH SOME OF OUR FRIENDS IN SAN PEDRO


We received one gift that was very special to me. My wife made a special friendship with a little 2 year old boy who spoke only Spanish. Whenever he would see her his face would light up. He didn’t understand English, but he understood the language of love. The day we were leaving he and his 4 year old sister came to our door with a gift. They gave us a well worn 1941 Walking Liberty half dollar. I have no idea how this little family had come into possession of this coin, or why they gave it to me. Even though the monetary value of the coin is only a few dollars it is one of the most precious gifts I have ever received.


I learned an important spiritual lesson on my trip to Belize. I learned it from the people that I met. They had such a desire to do something for us. Even though they had only meager possessions, they had such a desire to please. They wanted to see us before we left. They had to bring us a gift. It was very important to them. To me that showed how I should relate to God. God, I don’t have anything but I want to give you something. God let me know what I can do to please you. God I want to be with you.

In Romans 6:23 the Bible tells us “the wages of sin is death, but the gift of God is eternal life through Christ Jesus our Lord”. God has given you the best gift ever, what will you give God this Christmas?
Posted by Richard Lawry at 9:13 AM