No one likes to be stopped by a patrolman and I am no exception.  A while back I was stopped in the town of Point Barre, Louisiana.  As I neared the town the speed limit dropped from 65 mph to 45 mph. I tapped the cruise control and traveled along with several other cars as we slowed down. The next thing I knew, there were blue lights in my rear view mirror. The patrolman must have been shooting his radar right at the 45 mph sign, and he had to pick me out of 4 or 5 cars to stop, as we were all traveling the same speed. The ticket cost me 160 dollars. To say the least, I was not happy. I felt that the ticket was unfair. I had been trying to obey the law and yet I got a ticket.

My situation reminded me of an illustration that I have heard explaining God's grace. Imagine yourself driving down the road, doing 100 mph in a 55 mph zone. A police officer stops you. If he gives you a ticket--that is justice--for you got what you deserve. If he lets you off with just a warning--that is grace--for though you deserved a ticket, he did not give you one.  But what about my situation where I received a ticket for going 5 miles over the speed limit? 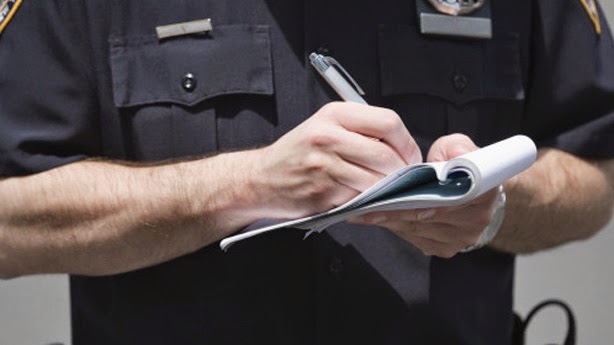 But many Christians realize that the law has been broken whether they were going 5 miles over the limit or 50. They realize that they deserve a ticket, and are overwhelmed by the unexpected grace. They know that "the wages of sin is death, but the gift of God is eternal life" (Romans 6:23).

Romans 5:17 tells us that "if, through one man, death ruled because of that man’s offense, how much more will those who receive such overflowing grace and the gift of righteousness rule in life because of one man, Jesus Christ!

I wish for you overflowing grace!
Posted by Richard Lawry at 8:58 PM