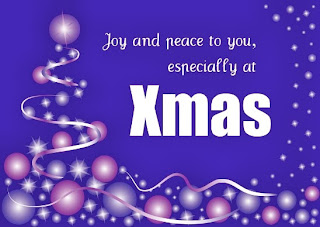 I must admit that I have never liked Xmas as an abbreviation for Christmas.  It just seems a bit flippant and unnecessary. In today's culture where many Christians perceive a war against Christmas, they see the use of Xmas as an attempt to secularize the season by taking Christ out of Christmas.

I must admit that I agreed with those sentiments until I actually looked into the history of the use of Xmas.  Originally, Xmas was an abbreviation where the X represents the Greek letter chi, which is the first letter of Christ's name in Greek, ΧΡΙΣΤΟΣ. However, because of the modern interpretations of the letter X, many people are unaware of this and assume that this abbreviation is meant to drop Christ from Christmas.

According to R. C. Sproul in his book, Now That's a Good Question, the idea of X as an abbreviation for the name of Christ came into use in our culture with no intent to show any disrespect for Jesus. The church has used the symbol of the fish historically because it is an acronym. Fish in Greek (ichthus) involved the use of the first letters for the Greek phrase “Jesus Christ, Son of God, Savior.” So the early Christians would take the first letter of those words and put those letters together to spell the Greek word for fish. That’s how the symbol of the fish became the universal symbol of Christendom. There’s a long and sacred history of the use of X to symbolize the name of Christ, and from its origin, it has meant no disrespect.

The Greek letter Χ, or Chi, was a common abbreviation for "Christ" in past religious writings. Its usage can be traced as far back as the 4th century in Rome, and to 1021 AD in historic Anglo-Saxon manuscripts. Xmas began to be used in English starting in the 1500′s. Webster’s dictionary acknowledges that the abbreviation Xmas was in common use by the middle of the sixteenth century. 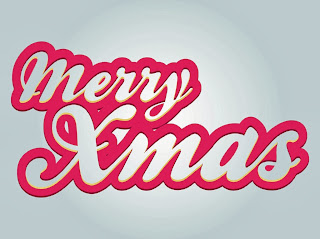 In an article on the subject of Xmas written by Dennis Bratcher, he states, "Xmas is not a modern invention to try to convert Christmas into a secular day, nor is it a device to promote the commercialism of the holiday season.  Its origin is thoroughly rooted in the heritage of the Church.  It is simply another way to say Christmas, drawing on a long history of symbolic abbreviations used in the church. In fact, as with other abbreviations used in common speech or writing (such as Mr. or etc.), the abbreviation "Xmas" should be pronounced "Christmas" just as if the word were written out in full, rather than saying "exmas."

Even though we know from history that it isn't offensive to use “Merry Xmas,” do be aware that some still find it so, so use good judgment when using the abbreviation “Xmas.”

Merry Xmas every one from An Arkie's Musings - pronounced properly of course.  :)

Posted by Richard Lawry at 4:31 PM