My An Arkie's Faith column from the February 24, 2016 issue of The Mena Star. 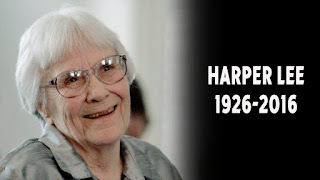 As I sit at my computer to write this week’s column, there is a news story that has pushed politics from the top spot on my news feed. The New York Times headline told the story, “Harper Lee, Author of ‘To Kill a Mockingbird,’ Dies at 89.”

In a statement, Lee's family said, “The family of Nelle Harper Lee, of Monroeville, Alabama, announced today, with great sadness, that Ms. Lee passed away in her sleep early this morning. Her passing was unexpected. . . . This is a sad day for our family. America and the world knew Harper Lee as one of the last century's most beloved authors. We knew her as Nelle Harper Lee, a loving member of our family, a devoted friend to the many good people who touched her life, and a generous soul in our community and our state. We will miss her dearly.” 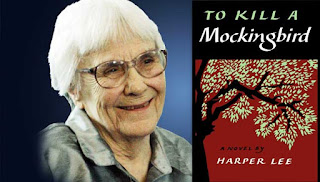 Her novel, To Kill a Mockingbird, portrays childhood in a small Southern town and the crisis of conscience that shook it. Despite her editors' warnings that the book might not sell well because of the subject material, it became both an instant bestseller and a critical success when it was first published in 1960. The morality tale of a Southern lawyer who stands firm against racism struck a chord with Americans, many of them becoming aware of the civil rights movement for the first time. It went on to win the Pulitzer Prize in 1961 and in 1962 an Academy Award–winning film version of the novel, starring Gregory Peck as Atticus Finch, was released.

The book remains a staple of high school and college reading lists, and is loved by millions of readers for its portrayal of childhood innocence, its condemnation of racial prejudice, and its assertion that human goodness can withstand the assault of evil. It was number one on a list developed by librarians in 2006 who answered the question, "What novel should every adult read before they die?”

I love reading, but somehow I went most of my life without reading “To Kill a Mockingbird.” It was never on my reading list in high school and I just never got around to reading it. For some reason less than a year ago I decided that I should read it. Scout Finch’s coming-of-age tale drew me in, as it had done many before me, and I loved Atticus Finch. After reading the book I watched the movie. I now understand why the book made such an impact on America. I can only imagine its impact in the turbulent times of the early 1960’s civil rights movement. 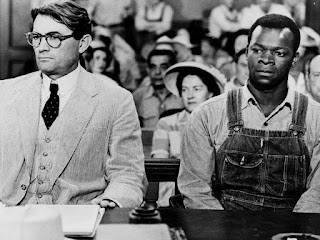 To me Atticus Finch was an ideal example of justice. He defended a black man from a crime he did not commit, withstood racial slurs and threats of physical violence, maintained his dignity in a town full of detractors, and did it all while being a wonderful father to his children. When Scout asks Atticus why he’s defending a black man, his response is: “If I didn't, I couldn’t hold up my head in town, I couldn’t represent this county in the legislature, I couldn’t even tell you or Jem not to do something again.”

Atticus Finch’s virtue stands as an example in our divided society. Ultimately, Atticus Finch’s fight for justice is incomplete. He is a fictional character. There is still racism and injustice in the world. But fortunately there is the example of Jesus. While one fictional lawyer took a stand for one individual who the town saw as wretched and guilty, Jesus died on the cross for a wretch like me. 1 Peter 3:18 (NLT) tells us, “Christ suffered for our sins once for all time. He never sinned, but he died for sinners to bring you safely home to God. He suffered physical death, but he was raised to life in the Spirit.” 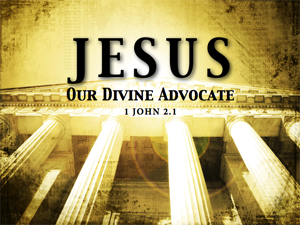 Not only did Jesus die on the cross so that whoever believes in him will be saved, He is also our advocate. In 1 John 2:1 (NLT) the disciple John says, “My dear children, I am writing this to you so that you will not sin. But if anyone does sin, we have an advocate who pleads our case before the Father. He is Jesus Christ, the one who is truly righteous.”

Posted by Richard Lawry at 8:14 AM