My An Arkie's Faith column from the February 3, 2016 issue of The Mena Star. 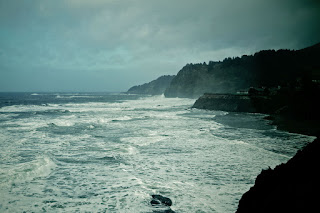 Recently my wife and I traveled to the Oregon coast for a family reunion. My brother and sister-in-law provided the family with beautiful condos right on the ocean. I had a great time walking along the beach and watching the waves come crashing in.

One day while we were there we visited Newport. We spent our time in the Historic Bayfront district. Bayfront is a working waterfront that services Yaquina Bay, a busy harbor that is home to the largest commercial fishing fleet in Oregon. The turn of the century historic buildings of Bayfront house shops, art galleries, chowder houses, restaurants, and tourist attractions. I enjoyed the feeling of taking a step back in time and trying to imagine this bustling port in times past. 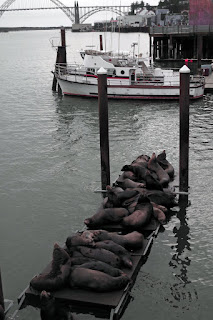 My favorite activity of the day was watching the sea lions. The winter sea lion population in Newport has increased tremendously in the last five years. The sea lions haul out on docks, rocks and anyplace accessible in the water. The wooden sea lion docks on Newport’s Bayfront have provided a haul-out for sea lions for over 18 years. I enjoyed observing these amusing and interesting animals close up.

Because of the large numbers of sea lions in Newport this winter, they completely covered every dock. Many of the sea lions spend their time trying to sleep while others are barking to show their dominance. While I was watching I noticed a smaller juvenile that was swimming in the water near the docks. He kept trying to find a place to haul out of the water onto the docks but every time he would be kept from getting on the docks by larger males. He kept my attention as I watched him try to find a place on the docks. I became attached to this sea lion and his mission and named him George. 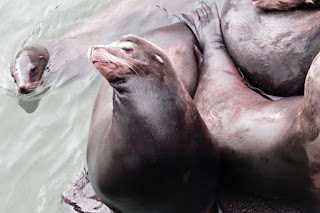 I watched for 15 minutes as George kept trying and trying only to be rebuffed at every turn.  Finally he was able to haul himself up onto a cable that was attached between two floating docks.  Once he was on the cable he kept slowly and carefully inching his way onto the attached dock.  After a while George was able to get his front flippers onto the dock.  By carefully maneuvering he was able to get most of his body onto a corner of the dock. I cheered him on; “Atta boy, George.” As he was trying to get enough room to actually be able to lie down he drew the ire of a couple of occupants of the dock who slowly moved closer to the edge and forced George back into the water.

I felt sorry for poor George.  The rest of the time I spent watching the sea lions he was never able to find a place to haul out of the water. No one would make room for George. 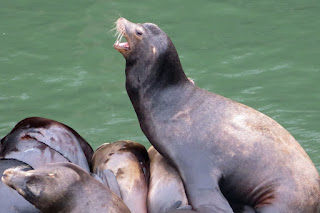 Watching the sea lions and their interactions with George reminded me of the way I have seen a lot of people act. Many people feel shut out from society. They don’t seem to be able to get a seat at the table. Sometimes Christians remind me of the sea lions who had a place on the docks. They want to keep certain groups of people from joining them. They won’t associate with them. 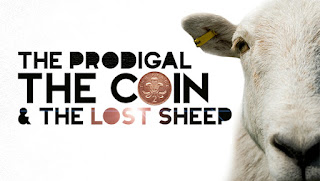 In each story Jesus wants us to understand that he loves and cares for everyone. He demonstrated that all people are welcome at the table of God’s kingdom.

In Jesus, the outcasts of society have hope. Those that the religious community marginalize can find Him extending a hand, inviting them back into the community with dignity and affection. When you study the life of Jesus you see that no one ever opened a wider door of hope and love to the human race. 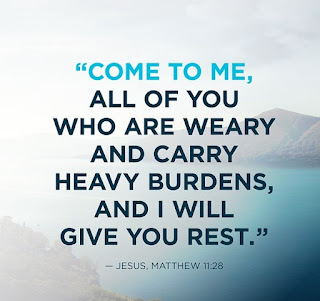 “Come to me,” Jesus said, “all you that are weary and are carrying heavy burdens, and I will give you rest. Take my yoke upon you, and learn from me; for I am gentle and humble in heart, and you will find rest for your souls. For my yoke is easy, and my burden is light.” Matthew 11:28-30 (NLT) No invitation could be more inclusive, more welcoming. Those who customarily feel shut out are told that all are welcome to come to Jesus.

The love of God is inclusive. God’s salvation is offered to everyone no matter what their background is or what they have done in the past. His grace gives everyone the same options: to believe or not to believe, to trust or not to trust.

Gentle Reader, if you study the teaching and example of Jesus you will see that he was a champion of the oppressed.  His example was one of unconditional love and He was against all exclusionary practices. Let’s resolve to follow his example.

Posted by Richard Lawry at 8:11 AM