We have all heard the story of Jonah. He was swallowed by a whale and lived to tell about it. The story is a favorite of children.

God called Jonah to Nineveh, but instead he runs away to Tarshish on the coast of Spain. It is about as far away as most Israelites have ever ventured. So why didn't Jonah go to Ninevah? 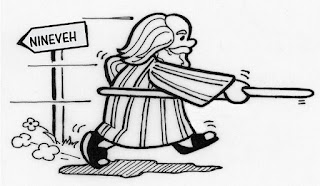 Ninevah was the capital of the Assyrian Empire, Israel's enemy. If there was one nationality that Israel hated and wanted to wipe off the face of the Earth, it was the Assyrians. The Assyrians were powerful, destructive, and ruthless with any nation getting in their way. God saw their wickedness and it must end. So he calls Jonah to go to them to proclaim their doom. Jonah should have been excited right? I mean after all, this was Israel's enemy, so why not go and proclaim that God is going to destroy them.  Wipe them out once and for all! 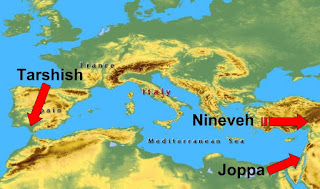 Instead of heading towards Ninevah, he heads the exact opposite direction.  The voyage from Joppa to Tarshish was about 2,500 miles. Jonah was attempting to run as far away as he could. Why did Jonah run?  Why didn't he obey God? Because he is guilty of what many if not all of us have done, or continue to do; pass judgment.

Jonah isn’t the only one Jesus has told to get up and go.  He has given us a job to do.  He says to go everywhere in the world preaching the good news. Where are you going? Are you on the road to Nineveh or on a voyage to Tarshish?

The message of God’s salvation is to be taken to everyone; every nation, every tongue, every Republican and Democrat, every minority and every Muslim, even the extremists who are out to destroy us just like the Assyrians were out to destroy Israel.

We have been given a message to spread around the world, but we have failed. We have passed judgment on many of those around us. We say "they don't deserve the Love of God, they don't deserve my time, because they are no good." 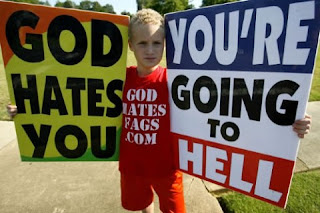 I’m afraid that the reason we don’t want to travel to Nineveh and give the good news is that we are afraid that God might actually save the people we don’t like. That was apparently a factor in Jonah’s decision to take a voyage to Tarshish.

In Jonah 4:2 Jonah shows his true feelings as he talks to God.  “When I was still in my own country this is what I said would happen, and that is why I quickly ran away to Tarshish. I knew that you are a God who is kind and shows mercy. You don’t become angry quickly, and you have great love. I knew you would choose not to cause harm”.

Are we afraid that God is so full of grace and compassion, and that His love is so great that he might extend salvation to those we don’t want to associate with? My question is, was Jonah right?  I think he was. Jonah had an awful time with God. At first he ran from God. Then reluctantly he held an evangelistic crusade and the entire community was converted. Then he got real depressed. Why? Because of his knowledge of God. He knew that God would embarrass him. Folks would call Jonah a false prophet. 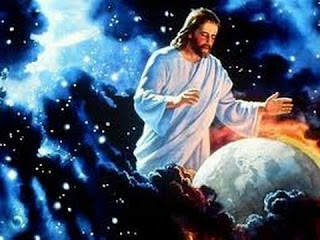 Was Jonah right about God? Is God a softie? Is God a God of second chances? Is He so anxious to justify us and save us that He just forgives us at the drop of a hat? I believe He is.

Was Jonah right?  Jonah 4:2, “When I was still in my own country this is what I said would happen, and that is why I quickly ran away to Tarshish. I knew that you are a God who is kind and shows mercy. You don’t become angry quickly, and you have great love. I knew you would choose not to cause harm."

Yes, I’m sure that Jonah was right!