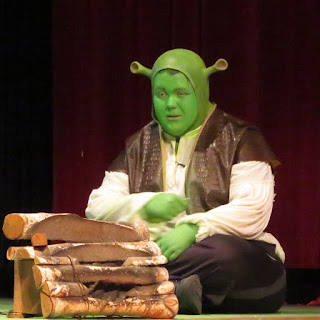 Recently we made a trip to Ashland, Missouri to visit my sister. My nephew was the lead in his High School play and we were excited to be able to go see him perform. He played the part of Shrek in Shrek the Musical. He and his classmates had worked hard, practicing every school night for weeks. The production was very entertaining and my nephew was incredible as Shrek. 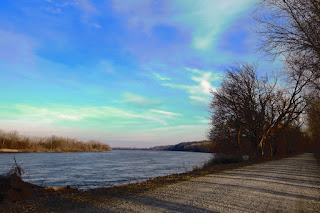 Ashland, Missouri is just a few miles from the Missouri River and is situated halfway between Columbia and Jefferson City. One morning while I was there I got up early to photograph the sunrise. I ended up at the little town of Hartsburg. It is a small town of 100 people situated on the Katy Trail, a 225-mile bike path that stretches across Missouri. I saw a sign that said Missouri River Access. I decided to check it out. The road to the access was called River Road. From Hartsburg Access to Wilton the River Road runs along the banks of the Missouri River. It was a beautiful drive and I enjoyed taking photos along the river. I was impressed by how wide and how swift the river was. 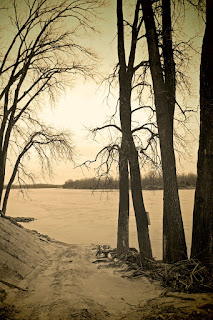 My mind drifted back in time and I imagined steamboats making their way up the river. Recently I had read portions of the book, Old Man River: The Memories of Captain Louis Rosche, Pioneer Steamboatman by Robert A. Hereford. In the book, there was a quote from an old steamboat man that Rosche met on the St. Louis levee in 1866.

“Just because the Mississippi is the biggest river in the country, you mustn't get the idea that she's the best and the boats on her the finest and her boatmen the smartest. That ain't true. Son, real steamboatin' begins where the Missouri and the Mississippi join up. It takes a real man to be a Missouri River pilot, and that's why a good one draws down as high as a thousand dollars a month. If a Mississippi boat makes a good trip to New Orleans and back, its milk-fed crew think they've turned a trick. Bah! That's creek navigatin'. But from St. Louis to Fort Benton and back–close on to five thousand miles, son, with cottonwood snags waitin' to rip a hole in your bottom and the fastest current there ever was on any river darin' your engines at every bend and with Injuns hidin' in the bushes at the woodyard landings ready to rip the scalp off your head–that's a hair-on-your-chest, he-man trip for you!”

Back in the days when steamboats were common, a passenger stood watching the pilot as they went through a tricky spot on the river. The passenger asked the pilot, "How long have you been piloting a boat on this river?"  "About twenty years," was the reply.  The passenger said, "so I suppose you know every rock and shoal and sand bank and all the other dangerous places."  "No, I don't," said the pilot.  "You don't!" exclaimed the passenger in alarm. "Then what do you know?"  The pilot said, "I know where the deep water is." 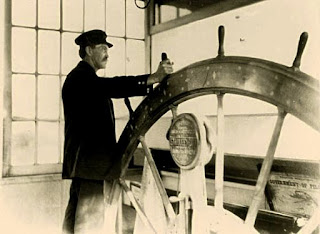 Many Christians waste a lot of precious time and resources studying error.  They think that to avoid error they must understand all of the ins and outs of it.  Instead of focusing on Jesus they focus on these erroneous ideas and the people who are teaching them. They become conspiracy theory Christians who spend more time focusing on these conspiracy theories than they do on Jesus.

In Philippians 4:8 (NRSV), the Bible tells us, “whatever is true, whatever is honorable, whatever is just, whatever is pure, whatever is pleasing, whatever is commendable, if there is any excellence and if there is anything worthy of praise, think about these things.” That seems to tell me that God wants us to focus on the positive.  There is so much evil and error in the world that we could never hope to understand it no matter how long we studied it. Why would we want to take time away from Jesus to study such things? 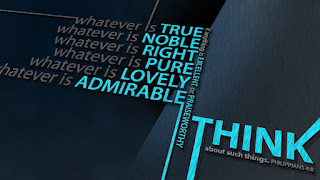 I am quite often given materials or sent e-mails and internet links to articles that are meant to expose certain groups or organizations. I don't want to take the time to study things that I already believe to be in error. If we know our Bibles and we know our Savior we will not be deceived.  We don't need to see the evil side of life to be able to seek the good.  Jesus tells us in John 8:31,32 (NCV), "If you continue to obey my teaching, you are truly my followers. Then you will know the truth, and the truth will set you free.”

Posted by Richard Lawry at 6:40 AM