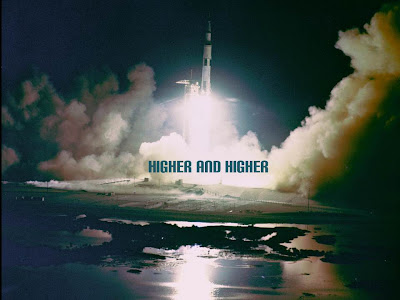 When I was attending grade school during the 1960’s I had two passions that consumed me. I loved baseball. I chewed lots of really bad gum to collect baseball cards. As much as I loved baseball, what really intrigued me was space exploration. 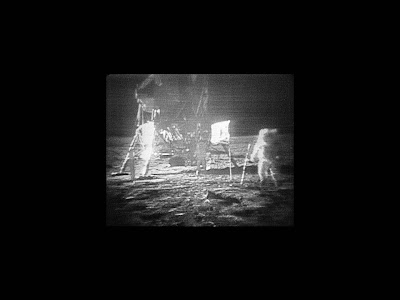 My heroes were the astronauts in NASA’s space program. I read everything about them that I could get my hands on. In 1969 my interest in space was at a fever pitch. Everyone was talking about the race to land on the moon. When Neil Armstrong and Buzz Aldrin walked on the moon, the entire world was captivated. Every newspaper covered the story. I soaked it all in. I couldn’t believe what a marvelous world I was living in. The moonwalk was a part of pop culture. After watching the moonwalk on TV, the Moody Blues drummer, Graham Edge, penned the poem "Higher and Higher", which was used to open their next album.

"Blasting, billowing, bursting forth
with the power of ten billion butterfly sneezes.
Man, with his flaming pyre
has conquered the wayward breezes.

Climbing to tranquility,
far above the clouds,
conceiving the heavens,
clear of misty shroud.

Vast vision must improve our sight.
Perhaps at last we'll see an end
to our own endless blight,
and the beginning of the free.

Climb to tranquility,
finding its real worth,
conceiving the heavens,
flourishing on earth".

As I listened to these words I realized even as a boy that this optimism that space exploration would make the world a better place wasn’t the way things would be. I read in my Bible in Obadiah 1:4, “Though you ascend as high as the eagle, and though you set your nest among the stars, from there I will bring you down, says the Lord”. 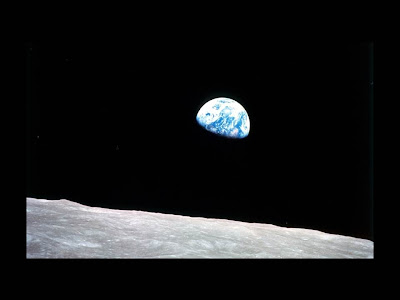 As a Christian I had always looked at space exploration as a way to learn more about the awesome things God had made. I was excited by the new discoveries and what they could show me about how awesome God is. As I studied science and read about space I always kept God in the picture.

While I went through High School I stayed interested in space, but there were many other things to interest me and take up my time. I realized that as interesting as space exploration was it wasn’t changing things here on earth. By now there had been 6 moon landings and moon walks. In just a few years astronauts on the moon had gone from the most exciting and talked about thing on the planet to ho hum, so you can drive a vehicle on the moon. The space race was over and pop culture had found other interests. 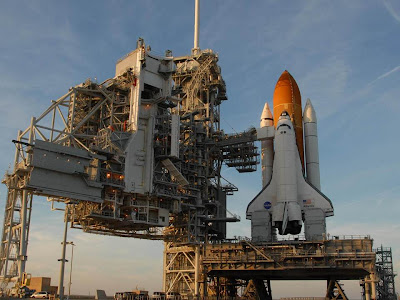 NASA didn’t recapture the interest of most Americans until 1981, when the Space Shuttle Columbia made the first flight of a space vehicle that returned to earth and was reusable. Once again man seemed on the verge of conquering the heavens. One of the exciting new directions in space exploration was the Hubble Space Telescope. In 1979 work was started on this new project. After many delays it was finally launched in 1990. Nothing NASA had done since landing on the moon captured the interest of the American public as much as the Hubble Telescope. 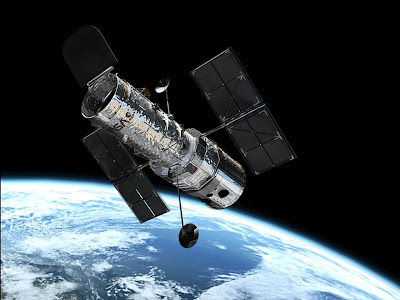 The images that the Hubble produced were breathtaking. When I first saw the images I thought of the words of David found in Psalms 19:1, “The heavens declare the glory of God; And the firmament shows His handiwork”. 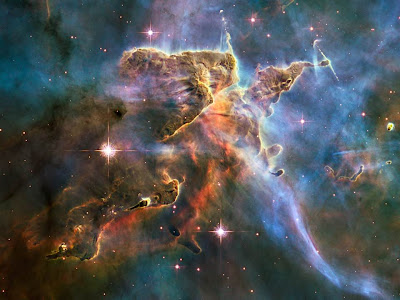 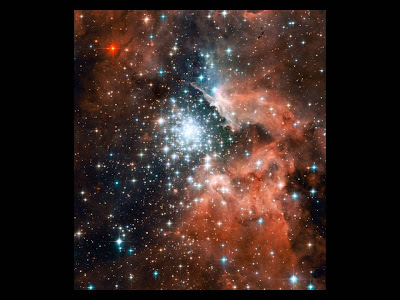 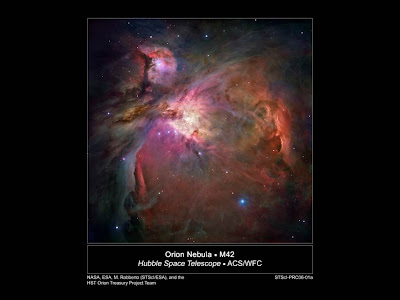 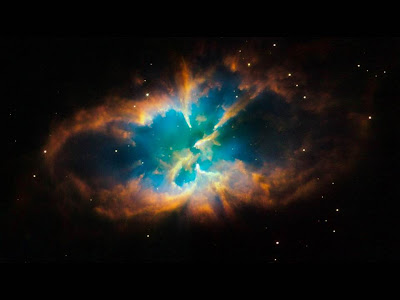 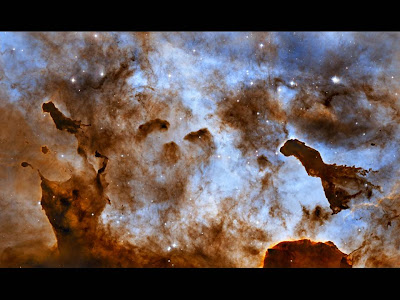 One Hubble photo in particular fascinates me. It is called The Hubble Ultra Deep Field. Astronomers picked a seemingly empty spot in the sky. Staring at the spot in the sky for ten days, Hubble kept taking pictures one after another for the entire exposure time, accumulating data. Astronomers put the exposures together into one final picture. Each time they added an exposure, the view got deeper, revealing fainter objects. When they were done they had the deepest picture ever taken of the heavens. 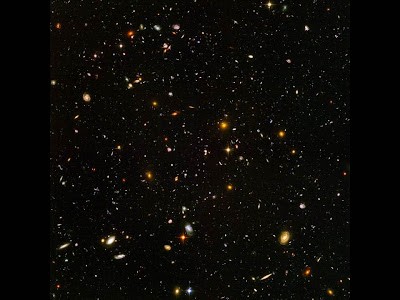 The image is of a small region in the constellation Ursa Major. It covers an area 2.5 arcminutes across, one part in a million of the whole sky. The image contains an estimated 10,000 galaxies. That would mean that the whole universe contains a million times 10,000 galaxies. Astronomers estimate that our home galaxy, the Milky Way, contains between 200 and 400 billion stars. How many stars are in the universe? I will let you do the math.

Isaiah 40:26 tells us “Look up into the heavens. Who created all the stars? He brings them out one after another, calling each by its name. And He counts them to see that none are lost or have strayed away”.

The universe staggers our imagination. It is humbling to realize that our planet earth is simply a speck of cosmic dust in the great universe that God has created. David was amazed by God’s love for us. In Psalms 8:3,4 he wrote, “When I consider Your heavens, the work of Your fingers, The moon and the stars, which You have ordained, What is man that You are mindful of him And the son of man that You visit him? 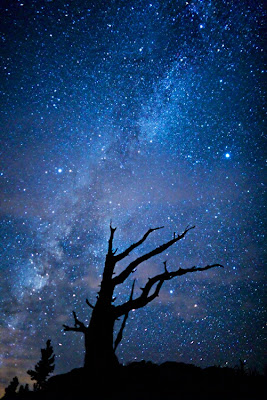 Go outside tonight, take a look at the sky and know that there is a Creator who cares for you, who died for you and wants to bring you home to live with him.

Posted by Richard Lawry at 7:23 AM