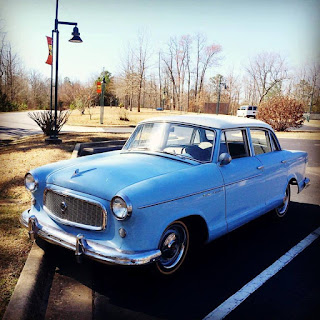 Six months ago I purchased a 1960 Rambler American. It has been quite a project as I have worked on it to make it a dependable daily driver. I have replaced the fuel pump, water pump, gas tank, spark plugs, shock absorbers, clutch linkage, and brake lines. I have rebuilt the front end and had it aligned. I enjoy driving the little Rambler with its small, underpowered flathead six cylinder motor.

From the time that I first got the Rambler, my granddaughters have loved riding in it. They always want to ride with Papa in the little Rambler. They love to sing the Beep Beep song about the little Nash Rambler passing a Cadillac, as loud as they can, over and over again. But what they seem to love the most on hot summer days are the vent windows. When I showed them how to open the vent window and direct a stream of air to their face, they loved it. Even on a hot summer day they still want to ride in the Rambler even though it has no air conditioner. Who needs air conditioning when you can have the vent window blowing air on you, and you can control where it goes? 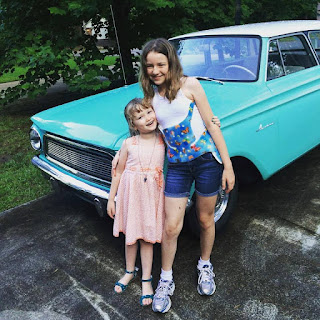 This summer each one of my three oldest granddaughters got to spend their own special week at Grandma’s house. The first to stay with us was our five-year-old. She had a great time swimming, going to work with Grandma, and watching her favorite show about mermaids. Every day she wanted to ride with Papa in his Rambler. While she was here, I purchased another Rambler, a 1962 model. The 1962 had been repainted with newly upholstered seats and a rebuilt engine. It rode and drove better than the little 1960 model. My five-year-old announced that she liked the “new” Rambler the best, and she always wanted to ride in it. 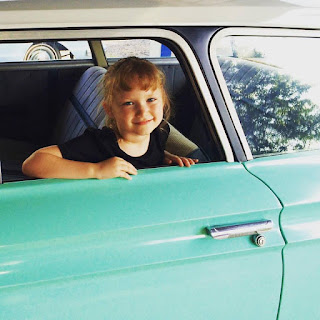 The next week my eight-year-old granddaughter stayed with us. When she rode in the “new” Rambler, she was very vocal about liking the “old” Rambler the best. I was surprised by the strong opinions expressed by both girls about the Ramblers. I guess that I shouldn’t have been surprised because my granddaughters definitely think for themselves and have their own opinions. I just never thought that the two Ramblers would be the cause of such strong opinions. 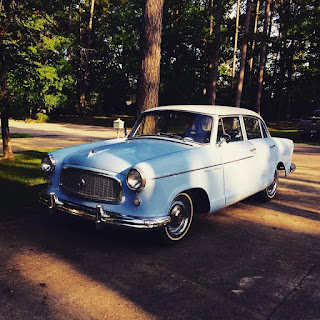 As I see how people are responding to current events in our country, I see strong opinions. The rhetoric is much stronger than my granddaughters discussing which Rambler they like the best. I have become weary of the ugliness that fills my social media feeds.

Many devout Christians become mean, critical, and bitter when they talk about politics and current events. Insults, name-calling, and slander are the order of the day. They don’t seem to remember that the Jesus they claim to worship said to “love your enemies." 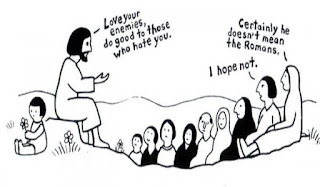 I think that social media is partly to blame. People post things on the internet they might never say. I believe that Christians should have opinions on politics and that they have the right to express them. I’m very grateful that I live in a country where free speech is a fundamental human right. I’m happy that there are Christians who care about their country, and involve themselves in the political process.

But when I talk with or read the social media posts of some Christians, I ask myself if it’s possible they've ever read Colossians 4:6 (NKJV) “Let your speech always be with grace.” In Matthew 12:34 (NLT) Jesus said, “whatever is in your heart determines what you say.” We as Christians can’t escape the reality that our words, or our social media posts, reveal our real character. 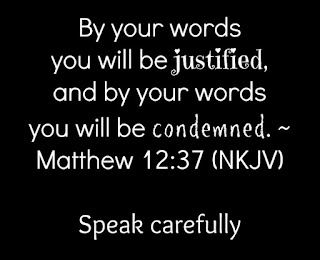 When Christians say or post or share mean words, thoughts or pictures about people on the other side to support their political position they are talking about people that Jesus loves, people that He died for. There is a real person behind those words. I’m sure that there is a way for Christians to engage in the political process and discussions in the spirit of Jesus. If Christians consistently showed the spirit of Jesus in their political debates instead of being mean or harsh, it would be a powerful witness.

Gentle Reader, Christians should be the most loving, accepting, uncritical people on the face of the earth. Temper your words with the knowledge that, “Love is patient and kind; love does not envy or boast; it is not arrogant.” 1 Corinthians 13:4 (ESV) Love is patient with people’s differences. Love waits for people to change. Love is long-tempered. Love doesn’t arrogantly assume its perspective is right. Love is simply, refreshingly kind.
Posted by Richard Lawry at 7:53 AM