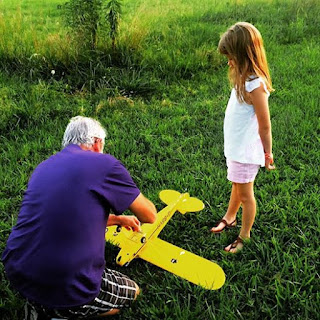 Last week while my granddaughter was staying with us, a friend invited us to go watch him fly his remote control airplane. It was a beautiful evening and was comfortable even though the day had been hot. We set up camping chairs as my friend prepared his plane for flight. After he had installed the battery pack, it was time to fly the aircraft. Because of the tall grass where he was going to fly the plane, he used a technique called hand launching. Just like it sounds, hand launching is where the RC operator throws the airplane, preferably into the wind, and then takes control with the remote.

We were all watching as my friend launched the plane into the air. It traveled a few feet and then nose dived into the ground. When we inspected the aircraft, we found the motor was working, but the prop wasn’t spinning. On closer inspection, my friend noticed that the small nut that held the prop on the shaft was loose. Because we didn’t have any tools with us, we had no way of tightening the nut.  We were not able to fly the plane. We had to postpone until a later date. 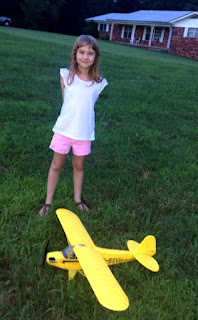 A few days later we were able to enjoy watching the little plane fly through the air doing loops and tricks. My granddaughter had a great time and wanted the plane to land right beside her. Tightening one small nut on the propeller shaft had made all the difference in the world. Little things can be critical.

In Luke 16:10 (GNT) Jesus says, “Whoever is faithful in small matters will be faithful in large ones; whoever is dishonest in small matters will be dishonest in large ones.” God cares about the littlest details of our lives, the very hairs on our head because He knows they add up to the big things when we handle them the right way. Our small decisions, mindsets, habits and prayers add up to make a positive life.

Think about the simple ordinary things we use in our daily life that are small things, but they have big jobs. Look at the paperclip or staple. They keep us organized and from losing important papers. What about those buttons and fasteners? They have the job of keeping us dressed. These little things are important to us. 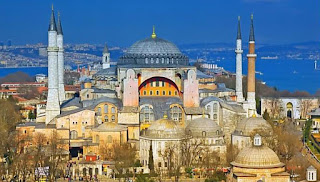 Have you ever heard that expression, "It's all in the details?’ The details are those little things that combined altogether make up the big things. Emperor Constantine built the Cathedral of St. Sophia in Constantinople.There is a legend that the praise for building the cathedral was not given to Emperor Constantine but to Euphrasia, a poor widow. The legend states that she took from her mattress a handful of straw and gave it to the oxen that were pulling the wagons bringing the marble from the ships. That was all, she did nothing more. But for this small kindness, she became a folk hero.

There are many simple things we can do that seem little, but can accomplish so much. One of the easiest is to put a smile on your face. When you wear a smile, you become approachable, and that can sometimes make all the difference in the world to another person. A kind word is a small thing, but you never know how it will affect someone. 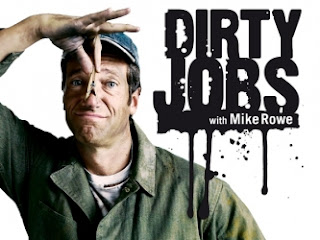 Everything we do in life is not always fun or exciting. Sometimes those small things are tedious but need to be done. You might have one of those "dirty jobs" Mike Rowe talks about. Maybe you have a job that people don’t think is important, but God needs someone in that role.

Song of Solomon 2:15 (NIV) says, “Catch for us the foxes, the little foxes that ruin the vineyards, our vineyards that are in bloom.” Gentle Reader, what little things need attention in your life today? What little habits and thought processes are holding you back from stepping into the fullness of life that God has for you? Make the little changes today that will set you up to live a big life with God! You can do it!

Posted by Richard Lawry at 8:06 AM