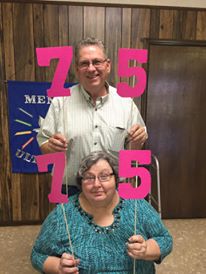 Recently I had the privilege of attending a birthday party for a dear friend. Her daughter planned a surprise birthday party and invited a large group of people. My wife helped decorate the large hall where the party was held. To get my friend to her “surprise” party, she was asked to attend an anniversary party for a friend.

When she drove up to the hall where the party was held, she commented, “look at all of these cars. I’m glad that so many people came to the anniversary party.” When she came through the door and ninety people yelled, “surprise,” and started singing Happy Birthday, the look on her face was priceless. 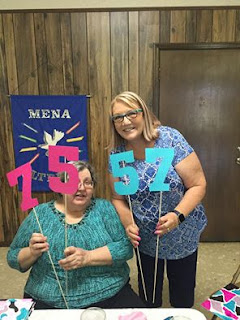 It’s not easy to pull off a surprise party with ninety people, but this party was very successful. Everyone loves a good party. Even the Bible loves a party. One of my favorite chapters in the Bible is Luke 15. I like to call it the party chapter. It is Luke’s account of three parables, each one describing a lost item that is found, and each one describing a party that was held to share the joy and happiness of finding the lost item.

The audience for these stories was the Pharisees who were complaining about Jesus' lifestyle and his welcoming of tax collectors and sinners. For the Pharisees, the term "sinners" was used for a class of people who lived immoral lives or had questionable occupations; people that no respectable Jew would ever be seen with. Another example would be people with certain diseases or disabilities that were considered a sign of some great sin. 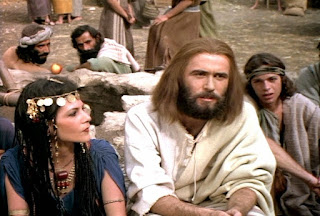 These people, the social and religious outcasts, were coming to Jesus, and he was receiving them and eating with them. In Luke 5:30-32 (NIV), the Bible says, “But the Pharisees and the teachers of the law who belonged to their sect complained to his disciples, ‘Why do you eat and drink with tax collectors and sinners?’ Jesus answered them, ‘It is not the healthy who need a doctor, but the sick. I have not come to call the righteous, but sinners to repentance.’” 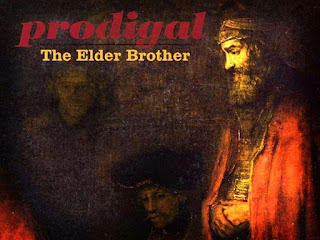 We find the story in Luke 15:29 (MEV), “But he answered his father, ‘Look! These many years have I served you. Nor have I ever transgressed your commands, yet never have you given me a goat, so that I might be merry with my friends.’” The older brother was at work in the field when his younger brother, “the sinner,” returned home. He thought that the basis for obtaining his father’s love was his works. He didn't need to work to win his father’s approval or blessing; he only needed to be a son. This emphasis on works was the error of the Pharisees. They were “hard at work,” keeping the law, as they interpreted it, thinking that it would win God’s approval and blessing.

The older brother continues complaining to his father in Luke 15:30 (MEV), “But when this son of yours came, who has devoured your living with harlots, you killed the fattened calf for him.” This complaint is the flip side of the first complaint. The older brother expected to be rewarded because his works, so he expected his younger brother to be disowned because of his lack of works.

The father answered in Luke 15:31-32 (MEV) “He said to him, ‘Son, you are always with me, and all that I have is yours. But it was fitting to be merry and be glad, for this brother of yours was dead and is alive again; he was lost and is found.’” The father was not celebrating because of the younger brother’s sins, but because of his repentance and return. The older brother not only failed to comprehend grace, but he resented it. The problem of the older brother is self-righteousness. His self-righteousness is such that he expects, even demands, God’s approval and blessings.  His self-righteousness is so strong that he resents the grace of God and refuses to rejoice in it. 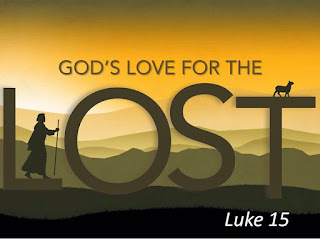 Gentle Reader, don’t be an older brother. Don’t resent the grace that God so freely offers to sinners. I challenge you today to see “sinners” the way that Jesus sees them, people to associate with and to love. Remember that Jesus throws a party whenever one of his lost sheep comes home, and he wants you to join the party.

You can listen to a seminar that I gave on this topic here.