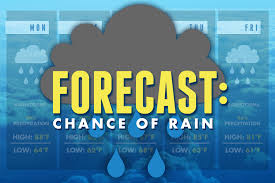 Our area was forecast to receive two to four inches of rain. My son-in-law is an avid river rafter and was excited to see the possibility of a good rainfall. He made plans to visit over the weekend so that he could go rafting. Thursday came and went without any significant rainfall. Friday had very little rain. Friday afternoon he drove up from Louisiana with a rubber raft and an inflatable kayak. He was hoping for enough rainfall on Saturday to be able to go rafting on Sunday.

On Saturday, the rains didn’t come. We enjoyed the rain-free day and spent the afternoon walking on the paths around the lakes on the University of Arkansas Rich Mountain campus. My son-in-law regretted bringing the raft and all the equipment needed. He was disappointed that after all of that work we would not be able to go rafting. 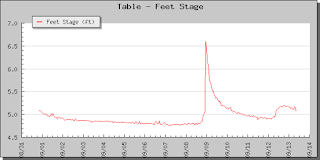 Saturday evening as he sat at the computer checking the area river levels, he saw that the Caddo River was rising. The Caddo Gap and Glenwood areas had received an inch of rain, and it was enough to raise the river so that we could float it. The rafting trip was back on.

Sunday morning as we prepared to head out to Norman where we would put into the Caddo River, we made one last check of the river level. The river levels had dropped almost as dramatically as they had risen. It looked like there would be just enough water flowing for us to make the trip. 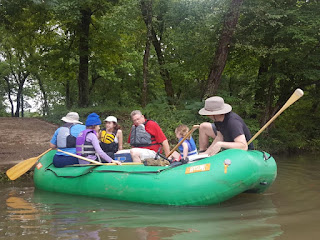 After pumping the raft full of air and preparing it to float, we shuttled a vehicle to the takeout point at Caddo Gap. When we returned, we were finally able to get on the water. It was a beautiful day; cloudy and overcast so that we were not in the direct sunlight, and not too hot. As we floated down the river, I drank in the amazing scenery. You can see the beauty of nature while floating a river that you can’t see any other way. I drank in the serene tranquility and peacefulness of my surroundings. The river has a relaxing, hypnotic quality. It is as if the normal everyday life doesn’t exist while you are floating a river.

We were alone on the river. We saw no other rafts, kayaks or canoes, but we were surrounded by wildlife. Twice we saw bald eagles soaring just above the treetops. There were egrets, herons, and ducks too numerous to count. As we came around a bend in the river, we were surprised to see a flock of wild turkeys flying low from one bank of the river to the other. On a side note, a flock of wild turkeys is referred to as a rafter. The rafters floating down the river saw a rafter of turkeys. 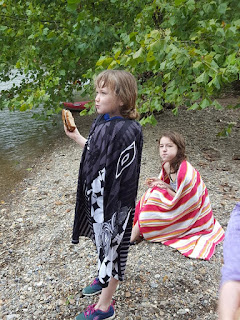 After eating our lunch on a lovely little sand bar next to a beautiful green pasture, we were back on the water. Because of the low water conditions, my granddaughters were often able to get out of the raft and swim along in the slow flowing river. They were excited to see three deer splash their way across the river just ahead of us.

Although the low water made for a calm and easy float without much whitewater, it wasn’t without problems. Numerous times we became stuck on the rocks. Often, we could dislodge ourselves by pushing on the rocks with our paddles and spinning off the rocks. If that didn’t work, my son-in-law and oldest granddaughter would get out of the raft and by pushing and pulling be able to get the raft free. Several times we had to all get out of the raft to be able to free the raft after getting stuck on the rocks in very shallow areas. 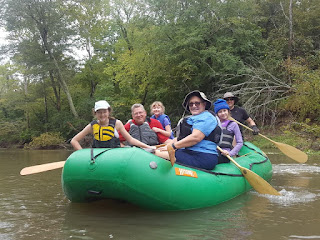 Although we had a great time, everyone was excited when we finally saw the takeout in Caddo Gap. We were tired and hungry, and it was starting to rain. By the time we deflated the raft and loaded everything into the van we were wet and cold. But a good hot meal at Little Italy in Glenwood revived everyone’s spirits.

As I drove back home, I thought about the promises that God has made to protect us during difficult times. He says, “when you face stormy seas I will be there with you with endurance and calm; you will not be engulfed in raging rivers. If it seems like you’re walking through fire with flames licking at your limbs, keep going; you won’t be burned.” Isaiah 43:2 (VOICE) But what about the times when the river is not raging but is so low that we have to get out and drag the raft?

We can know that God will be with us whether the storms are raging, or the drudgery of life seems to overwhelm us, “because He has said, ‘I will never leave you; I will always be by your side.’” Hebrews 13:5 (VOICE) God is with you when you have to drag yourself out of bed to face another day just as much as He is with you during the troubled times in your life. Florence Nightingale wrote, “the greatest heroes are those who do their duty in the daily grind of domestic affairs while the world whirls as a maddening dreidel.” 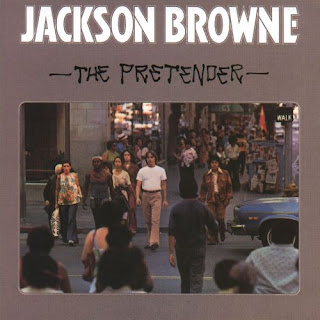 Many of us can relate to the lyrics of Jackson Browne’s song, The Pretender. “Gonna pack my lunch in the morning and go to work each day. And when the evening rolls around, I'll go on home and lay my body down. And when the morning light comes streaming in, I'll get up and do it again.” Does God care about such mundane things as our daily work schedule? He has given us a wonderful promise in Joshua 1:9 (NIV), “do not be discouraged, for the Lord your God will be with you wherever you go.”

Gentle Reader, life can become routine, and we can get tired of the monotony of it. But in Hebrews 10:36 (NLT) we are told that “patient endurance is what you need now, so that you will continue to do God’s will. Then you will receive all that he has promised.” Don’t get discouraged when you have to drag your raft over the rocky shoals of life. Remember that God is with you even in the routine things in life.

Posted by Richard Lawry at 3:00 AM