Out on the Tarmac 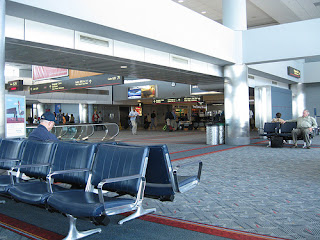 The airport intercom crackled to life as the travelers at Gate 73 strained to hear the announcement. “If you are flying on Frontier flight 634 to Tulsa, the plane has been delayed, but will be arriving soon. We will unload the passengers and start boarding as quickly as possible.” It was already a half hour past the boarding time for the flight. People were nervous about missing their connecting flights.

About twenty minutes later the plane finally pulled up to the gate. From our seats near the window, we watched the passengers disembark the plane and walk down the movable ramp, filing past the window and into the airport. When the last passenger had made his way down the ramp, we thought that it wouldn’t be long before we started boarding. We watched as all the luggage was loaded into the cargo hold of the plane and the door was closed and locked. But still, there was no announcement about boarding. 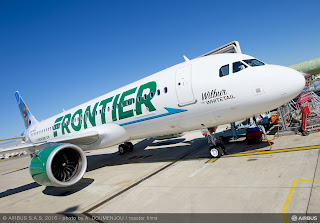 Finally, a voice on the intercom announced that Frontier flight 634 to Tulsa would start boarding in just a few minutes. When at last we were settled into our seats, and the plane was ready to taxi to the runway, the pilot made an announcement. “When the plane arrived in Denver, there was a brake warning light on the control panel. The light was for the redundant backup braking system. The technician couldn't find a mechanical problem with the system, but it wasn’t communicating properly with the system computer. After replacing the brake system computer, everything checked out properly, and the warning light was no longer on.” He went on to assure us that the plane had never been in danger.

I am not a nervous flyer, but I have to admit that I had been very curious about the repairs that had been made to the airplane. It can be a bit unnerving to watch the plane that will carry you through the air at 30,000 feet being repaired. The pilot’s announcement explaining the repairs helped put my mind at ease. Whenever we fly, we have to put our trust in the pilot to get us safely through to our destination. 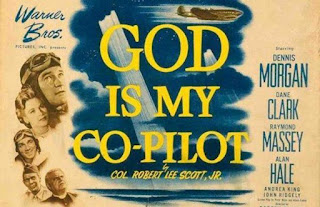 Robert Lee Scott Jr. was a flying ace of World War II, credited with shooting down thirteen Japanese aircraft. He is best known for his memoir, God is My Co-Pilot, about his accomplishments in World War II with the Flying Tigers and the United States Army Air Forces in China and Burma. In 1945, the book was made into a movie of the same name starring Dennis Morgan. After the book and the movie, God is My Co-Pilot became a Christian catch-phrase.

I remember seeing bumper stickers that read, “God is my co-pilot.” I understood what they were trying to say, but I wondered if that was right. If God is our co-pilot, we’re in the wrong plane! God isn’t our assistant; He is our captain. We don’t belong in the cockpit; we belong back in the cabin. I’m not a pilot, and I don’t know how to fly a plane. I need to put my trust in God, my pilot, to get me safely through to my destination. 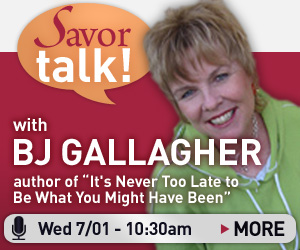 Inspirational author and speaker BJ Gallagher writes, “my dad was an Air Force pilot. He taught me the difference between a pilot and a co-pilot. The pilot calls the shots; the co-pilot is the number two guy (or gal). The pilot is in charge; the co-pilot assists him – supporting, helping, and providing an extra pair of eyes, ears, and hands. The co-pilot’s job is important, but he never forgets who’s in charge.”

When we say that “God is my co-pilot,” we are saying, “I drive and God is my helper. I call the shots, and God does my bidding.” Proverbs 14:12 (NKJV) tells us, “there is a way that seems right to a man, But its end is the way of death.”

Gentle Reader, when life isn’t going the way we would like it to, it’s easy to try and take the wheel from God, and try and force Him to do things our way. But doing so shows our lack of faith and trust in God. Psalm 46:10 (NASB) says, “Cease striving and know that I am God.” Trying to be in control and trusting God at the same time doesn’t work. When we let God pilot our lives and trust that He knows best, we can rest and stop striving, which means that we will ultimately experience peace. Jesus came to earth “to guide our feet into the way of peace.” Luke 1:79 (NKJV) Let Him be your pilot.

Posted by Richard Lawry at 6:23 AM