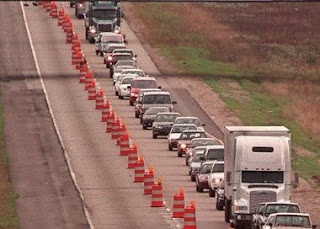 The line of cars stretched out as far as the eye could see. For many miles, we had slowly trudged along the highway trying to get back to Denver. It was a holiday weekend, and it seemed like everyone was making their way back to the city. The traffic had become heavy as soon as we turned onto Highway 285. We became a part of a procession of vehicles snaking their way down the road and over the brow of a hill, with cars bumper to bumper.

It was the first time that I had been to the South Park area of Colorado. South Park is a grassland basin surrounded by mountains in central Colorado. The high valley ranges in elevation from 9,000 to 10,000 feet and features a colorful river valley with views of several 14,000-foot mountain peaks. 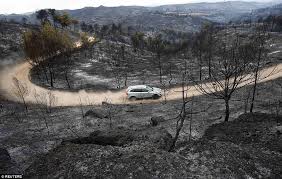 After twenty miles of stop and go traffic we came to an area where we could see large areas of burnt forest on our left. In June of this year, a fire started in the Weston Pass area. By the time it was contained, it had burnt over 15,000 acres. Firefighters from 27 states battled the blaze for a month before they were able to contain the fire.

Friends of my brother-in-law have a membership in the Campground of the Rockies located on Highway 285. The main fire edge came to within a mile of the campground. On July 1st, the local authorities issued an evacuation notice to everyone staying at the campground. The fire forced Highway 285 to close between Fairplay and Antero Junction. 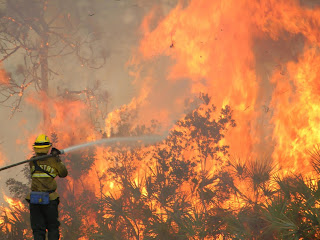 The Weston Pass fire was just one of many forest fires this summer. According to the Denver Post, “halfway through the summer, at least 1,585 wildfires have torched more than 431,600 acres of Colorado forest and grasslands and destroyed or damaged about 450 homes, making 2018 one of the most destructive fire seasons in history — and it isn’t over yet.”

2018 has been a significant forest fire event. The 2018 North American fire season is already 25 percent worse than during the same time in 2017. By the end of August, wildfires had burned 4.5 million acres. At least 110 current wildfires were burning almost 2 million acres. 28,250 firefighters were battling the fires. The haze from the wildfires drifted to New York and parts of New England. 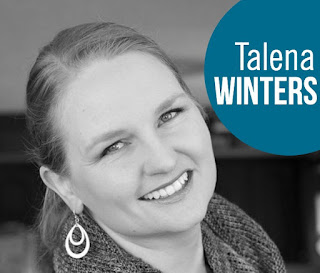 But even as these destructive fires rage through the forest, something is quietly going on to prepare their very renewal. My friend, Canadian author Talena Winters, recently wrote; “After a wildfire, the forest always regrows. Some seeds, like lodgepole pine, are only released by fire, and that's how the forest renews itself. It is in the crucible of the flames that new things, new ideas, new hope can be born. Sometimes, when we've just survived a world-ending event (or maybe something smaller, like a fight with our spouse), we need to look at the event with fresh eyes. Instead of seeing it as a disaster, how can we make it into an opportunity to change the situation for the better?”

Sometimes in our life, it seems like forest fires surround us. Every one of us is going through trials and hardships of some kind. There are Christians who are facing trials and tribulations that I can’t begin to imagine. It is hard to put myself in the shoes of someone like Joni Eareckson Tada. She was just a teenager when she went with her sister to a beach on the Chesapeake Bay and suffered a diving accident that left her quadriplegic. 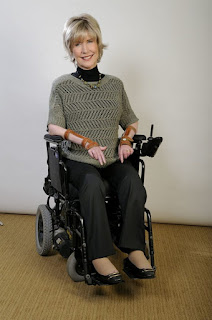 But Joni didn’t let her situation destroy her. Fifty years later she wrote, “In a way, I wish I could take to heaven my old, tattered Everest and Jennings wheelchair. I would point to the empty seat and say, “Lord, for decades I was paralyzed in this chair. But it showed me how paralyzed You must have felt to be nailed to Your Cross. My limitations taught me something about the limitations You endured when You laid aside your robes of state and put on the indignity of human flesh.”

There are days where my trials seem very heavy. I may not be a paraplegic, but my problems seem ready to burn me up. I shake my fist at God and ask Him why he allows the forest fires to rage in my life; why He allows people to hurt me. He answers me with these words from 1 Peter 1:6,7 (NLT). “So be truly glad. There is wonderful joy ahead, even though you must endure many trials for a little while. These trials will show that your faith is genuine. It is being tested as fire tests and purifies gold—though your faith is far more precious than mere gold. So when your faith remains strong through many trials, it will bring you much praise and glory and honor on the day when Jesus Christ is revealed to the whole world.” When other people injure you, don’t be discouraged or depressed. Don’t allow what people say to control your emotions. God is painfully aware of your suffering. When you cry, He is aware. Psalms 56:8 (NLT) tells us, “You keep track of all my sorrows. You have collected all my tears in your bottle. You have recorded each one in your book.” And in Psalms 34:15, 17-19 (NASB) we read, “The eyes of the Lord are toward the righteous, and His ears are open to their cry. The righteous cry and the Lord hears and delivers them out of all their troubles. The Lord is near to the brokenhearted and saves those who are crushed in spirit. Many are the afflictions of the righteous, but the Lord delivers him out of them all.”

Gentle Reader, there may be forest fires now, but God has promised that there will be a time when He “will wipe away every tear from their eyes; there shall be no more death, nor sorrow, nor crying. There shall be no more pain, for the former things have passed away.” Revelation 21:4 (NKJV) I can’t wait for that day!

Posted by Richard Lawry at 5:26 AM