My An Arkie's Faith column from the August 17, 2022, issue of The Polk County Pulse. 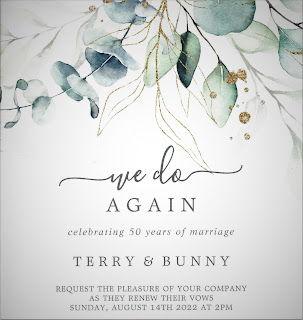 The teal envelope stood out from the white envelopes of the bills, credit card offers, and an "urgent notice" from a health insurance company. When we opened the envelope, there was a card with beautiful branches and green and teal leaves covering the top third. Below the leaves, the card proclaimed, "we do, again. Celebrating 50 years of marriage." My wife's sister from Oregon was renewing her vows and celebrating her fiftieth anniversary in a few weeks.

Just a few days before the teal envelope came in the mail, my wife and I had rented a VRBO and finalized plans for a long weekend trip to the beach in Gulfport, Mississippi. As my wife was reading the invitation, she said, "I wish we hadn't made plans to go to the beach; I would really like to go to Oregon for my sister's fiftieth." After we discussed the situation for a few minutes, I said, "I wouldn't be able to go, but why don't we see what it would cost for you to fly out for the weekend." 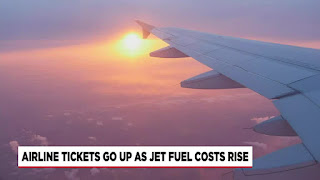 After checking the price of an airline ticket, my wife was ready to back out. Prices had risen a couple of hundred dollars since her last trip to Oregon. But we decided that she should go. How often can you attend your sister's fiftieth wedding anniversary? Once we purchased the ticket, my wife had an idea she thought would make the trip more fun. She envisioned keeping her plans a secret from her sister and surprising her by just walking into her house. The more my wife thought about it, the more she wanted to try to pull it off.

To make her surprise work, she needed the help of her nieces. As her plan developed, she decided that the best way to surprise her sister would be for her nieces to arrange a family get-together at a restaurant on the evening her flight landed in Portland. Her niece picked her up at the airport, and when they arrived at the restaurant, my wife waited outside until she was sure that her sister was in the restaurant. Then as her niece was filming, my wife strolled in and walked beside the table. Her niece said, "Oh look, my sister is here. Or maybe it's yours." After a squeal of delight, her sister said, "how did you do that?" Her niece answered for her, "she had a little help from her nieces." 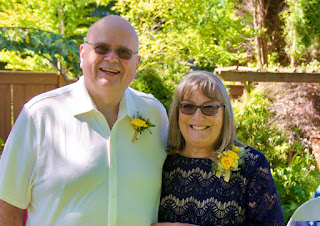 As I sit at my computer writing this article, my wife is in Oregon, enjoying the party as Terry and Bunny Boyd celebrate fifty years of marriage. It's not easy to pull off a surprise when several people are involved in the planning, but my wife and her nieces were very successful. It is satisfying to be able to pull off a good surprise.

Everyone loves a good party. Even the Bible loves a party. One of my favorite chapters in the Bible is Luke 15; I call it the party chapter. It is Luke's account of three parables, each describing a lost item that is found and a party that was held to share the joy and happiness of finding the lost item.

The audience for these stories were the Pharisees, who were complaining about Jesus' lifestyle and his welcoming of tax collectors and sinners. The Pharisees used the term "sinners" for any people they felt were not following Jewish law properly or had questionable occupations. Foreigners or anyone they felt were beneath them were referred to as sinners. 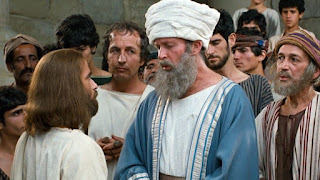 These social and religious outcasts were coming to Jesus, and he received them and ate with them. In Luke 5:30-32 (NIV), the Bible says, "But the Pharisees and the teachers of the law who belonged to their sect complained to his disciples, 'Why do you eat and drink with tax collectors and sinners?' Jesus answered them, 'It is not the healthy who need a doctor, but the sick. I have not come to call the righteous, but sinners to repentance.'"

We find the story in Luke 15:29 (MEV), "But he answered his father, 'Look! These many years have I served you. Nor have I ever transgressed your commands, yet never have you given me a goat, so that I might be merry with my friends.'" The older brother was at work in the field when his younger brother, "the sinner," returned home. He thought his works were the basis for obtaining his father's love. This emphasis on works was the error of the Pharisees. They were hard at work, keeping the law as they interpreted it, thinking it would win God's approval and blessing. 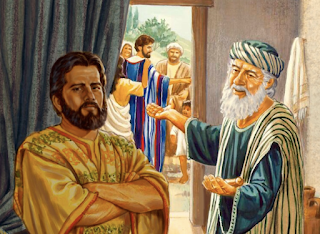 The older brother continues complaining to his father in Luke 15:30 (MEV), "But when this son of yours came, who has devoured your living with harlots, you killed the fattened calf for him." This complaint is the flip side of the first complaint. Because the older brother expected a reward for his work, he expected his younger brother to be disowned because of his lack of work.

The father answered in Luke 15:31-32 (MEV), "He said to him, 'Son, you are always with me, and all that I have is yours. But it was fitting to be merry and be glad, for this brother of yours was dead and is alive again; he was lost and is found.'" The father was not celebrating because of the younger brother's sins but because of his return. The older brother not only failed to comprehend grace, but he resented it. His self-righteousness is so intense that he resents the grace of God and refuses to rejoice in it.

Gentle Reader, don't be an older brother. Don't resent the grace that God so freely offers to others. I challenge you today to see all people the way Jesus sees them, people to associate with and love. Remember that Jesus throws a party whenever one of his lost sheep comes home, and he wants you to join the party.

Posted by Richard Lawry at 6:34 AM