My An Arkie's Faith column from the December 7, 2022, issue of The Polk County Pulse. 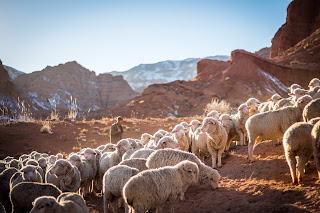 Growing up in Colorado, I remember occasionally seeing shepherds with their flocks of sheep when we traveled in the mountains. I thought that being a shepherd looked like fun. You got to spend your time outdoors in the beautiful Colorado mountains. The shepherd's tiny little trailers looked so homey and quaint.

When I got older and became an avid newspaper reader, I read some stories that showed the darker side of being a shepherd in Colorado. Most of the shepherds are foreigners who can seldom talk to family back home. They live without any human company for months at a time. The shepherds have no water, toilet, shower, or place to wash clothes. Most live in small, 6x10-foot trailers with just enough room to sleep, a small wood-burning stove, and little else. Some have an outhouse nearby, but many do not.

Before World War II, most of Colorado's shepherds were Americans. But by the early 1950s, the industry couldn't find enough American citizens willing to do the tedious and challenging work for meager wages. In 1952, Congress enacted a program to help farmers and ranchers secure a reliable supply of foreign workers. But shepherds were exempted from many of the protections granted by law to other foreign agricultural workers, such as an hourly wage and access to running water and a toilet. 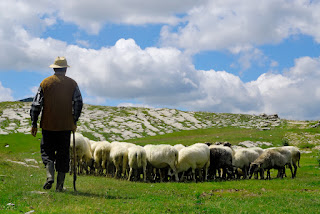 More than 1,600 shepherds working in nine Western states participate in the program. They live in primitive tents or trailers, watching over thousands of animals on vast areas of public land. Most shepherds work ten to twelve hours a day, seven days a week. Federal regulations set their wages at $750 a month for decades.

In 2019, a group of shepherds filed a complaint in Nevada, accusing their employers of paying them as little as $1.98 an hour. The shepherds claimed the ranchers' practice violated the terms of the employment contracts by violating the Temporary Agricultural Workers requirements under the Immigration and Nationality Act. Unfortunately, these conditions are not unheard of for migrant workers in agricultural industries. The Temporary Agricultural Workers program allows employers, such as sheep ranches, to hire foreign guest workers on temporary visas to fill seasonal jobs. These migrant workers are especially vulnerable to exploitation. 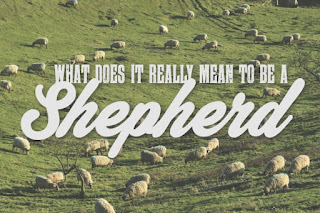 When you read or hear about shepherds, it is often a metaphor for a caregiver tending to his people, such as a leader or a pastor. But the actual shepherds, the ones who travel for miles daily, tending to a large flock of sheep, lead a lonely and challenging life far from civilization.

I want to be a shepherd. No, I don't want to live alone with a herd of sheep in a small trailer with no bathroom or running water and work seven days a week for twelve hours a day for minimal pay. But I have always coveted the shepherds' experience on that first Christmas night.

God could have chosen to reveal the announcement of the birth of Jesus to anyone on earth. But instead of assigning the angels to visit some of the most influential people on earth, God sent the angels to speak to humble shepherds. We don't know much about these shepherds. We know they were out in the fields. They worked the night shift, staying with the sheep to protect them. They would've lived outside of the town. No one grew up in Bethlehem and said, "I hope I grow up to be a shepherd." They represented one of the lowest rungs of the social strata. 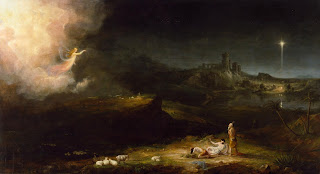 The fields around Bethlehem would have been very dark. Suddenly a bright light broke into the black night as the sky filled with many angels. The shepherds knew how to deal with any danger threatening their animals, but they were frightened by the angels' appearance. That is why the angels told them, "don't be afraid." The angels reassured the terrified shepherds that they had good news for them. As terrifying and exciting as the experience must have been, seeing angels appearing in the night sky isn't the part of the experience that intrigues me the most. It is what happened next.

The Bible tells the story in Luke 2:15-18 (NIRV). "The angels left and went into heaven. Then the shepherds said to one another, "Let's go to Bethlehem. Let's see this thing that has happened, which the Lord has told us about." So they hurried off and found Mary and Joseph and the baby. The baby was lying in the manger. After the shepherds had seen him, they told everyone. They reported what the angel had said about this child. All who heard it were amazed at what the shepherds said to them." 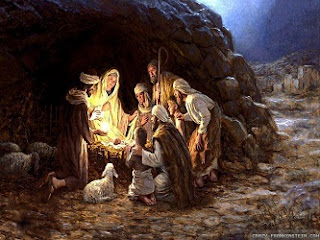 Even in the days before media, such as television and the internet, word traveled fast that something extraordinary was happening. Imagine what it must have been like to be one of the first to see the baby Jesus! I can feel the excitement these humble shepherds felt. They had to tell people about their experiences. Can you imagine being a part of those conversations?

It all started with the shepherds. They were the first to spread the good news about Jesus. It is beautiful that God chose the lowest of the low to spread the word of the most important birth of all time. Because of their humble origins, the shepherds could not help rejoicing and telling everyone about the birth of the Messiah. If God had chosen a king or a religious leader, the situation would've played out differently. Instead, he picked a group of humble shepherds who set the tone for Jesus' life and ministry. Instead of choosing a life of luxury and power, Jesus has humble origins and exercises humility to the point of death on the cross.

Gentle Reader, even though I will never be a shepherd or experience the things that the humble shepherds of Bethlehem experienced on that first Christmas, I can follow their example. I can spread the word about the baby Jesus. I can be excited about Jesus and what he means to this world. Let's all be shepherds! That is what Christmas is all about!