Saturday the 9th marks one month since a devastating tornado forever changed the face of Mena. As I talk to people I have noticed a fatigue setting in. The town of Mena is tired. So many people are working so hard to try to recover from this terrible event. 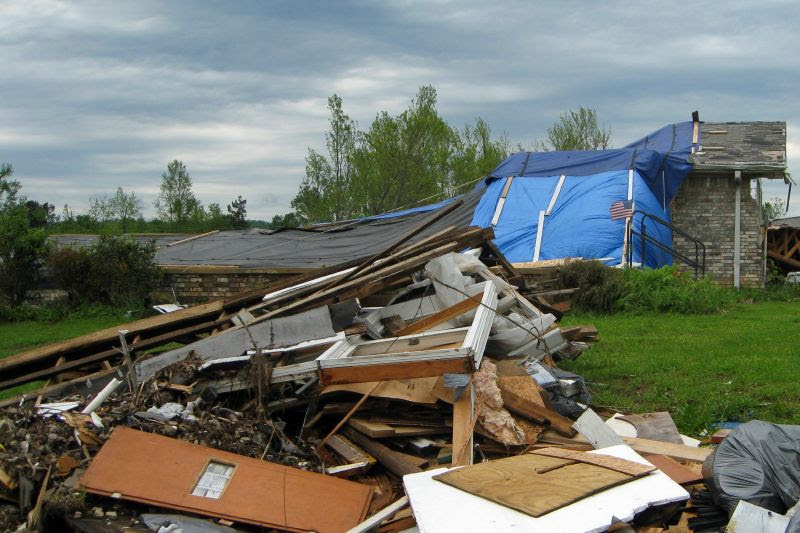 Although the volunteer help and support has been amazing, the realization has set in that this process of recovery will take a very long time. Polk County Judge Ray Stanley said, “It’ll probably be two years before we get back on our feet". It had been two weeks since I had been into the area of town that received the most tornado damage. We drove into the area and took some pictures. When you see the devastation and how things look after one months hard work and over 6,000 large truck loads of debris have been removed from the area it leaves you sad and depressed. 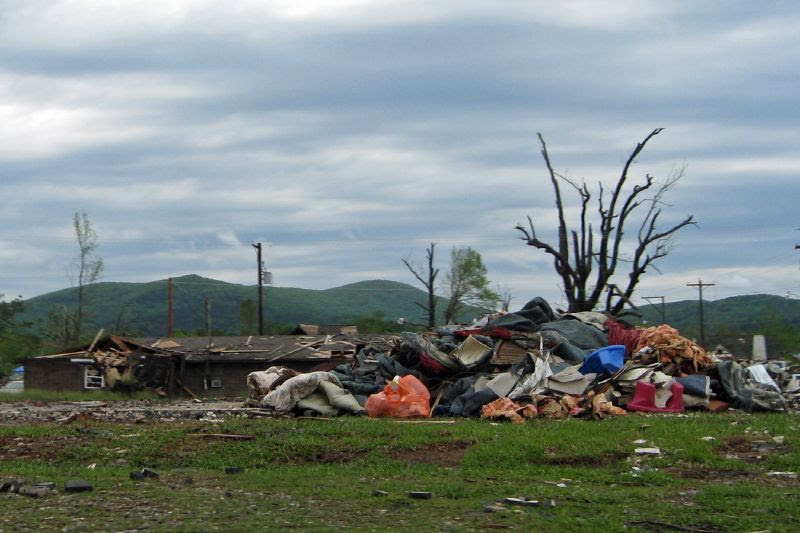 My heart goes out to the many people affected by this tornado. According to Mayor George McKee there were 200 homes that were totally lost and there may be as many as 1,000 homes that were affected. Besides trying to clean up, deal with insurance companies, and make major decisions for the future, these people are still having to work and do all of the things that people have to do in their everyday lives. No wonder fatigue has set in. 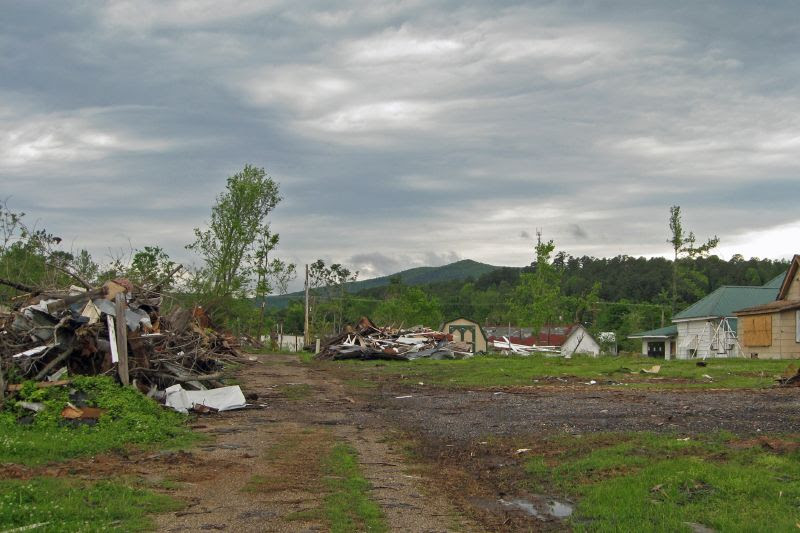 Even though the people of Mena are tired and saddened, there is still a resilient spirit. We will get through this. When a town of 5,600 has 1,000 homes damaged, you can see that a large percentage of the residents of Mena are affected. Anyone who didn't have damage to their property definitely knows people who did. Going through something like this has really shown me the importance of community and small town Christian values. 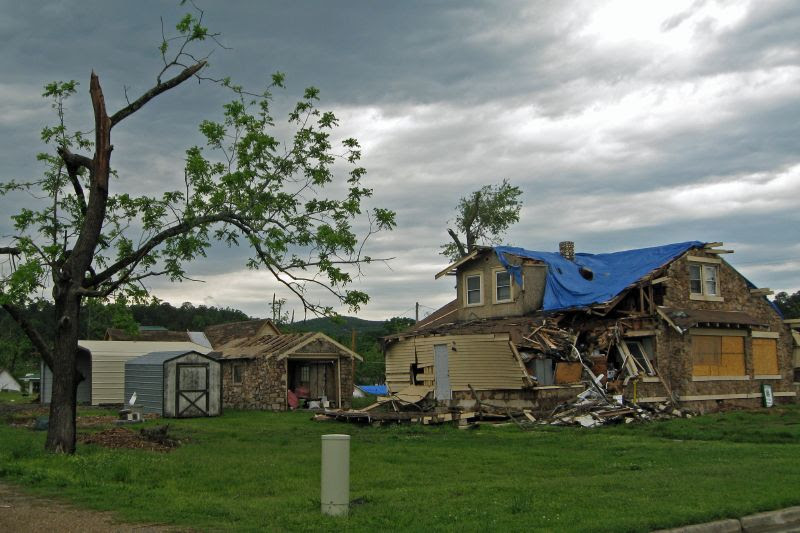 As I was taking photos, I realized how significantly Mena has changed. With over 11,000 trees gone from the heart of town, there is an openness and visibility that was never there before. There were so many large 100 year old trees shading the homes and streets, and now they are gone. Even when things are cleaned up and homes torn down and rebuilt, things will never be the same; at least not for 100 years. 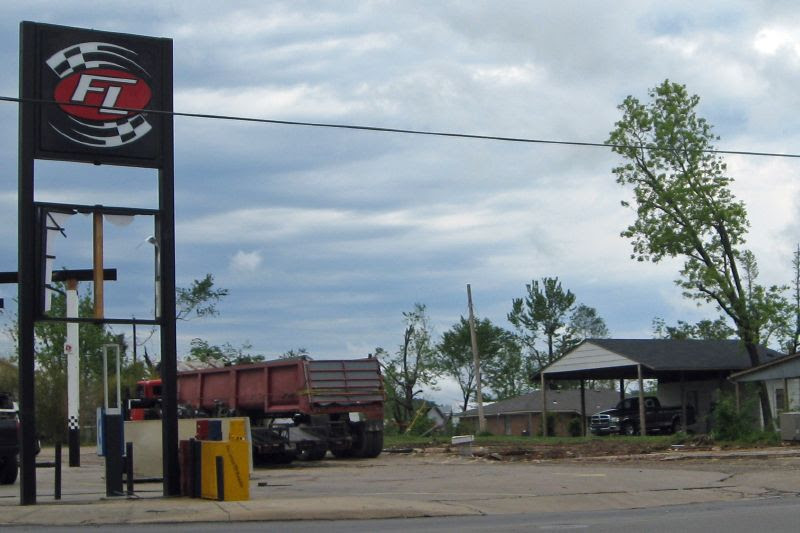 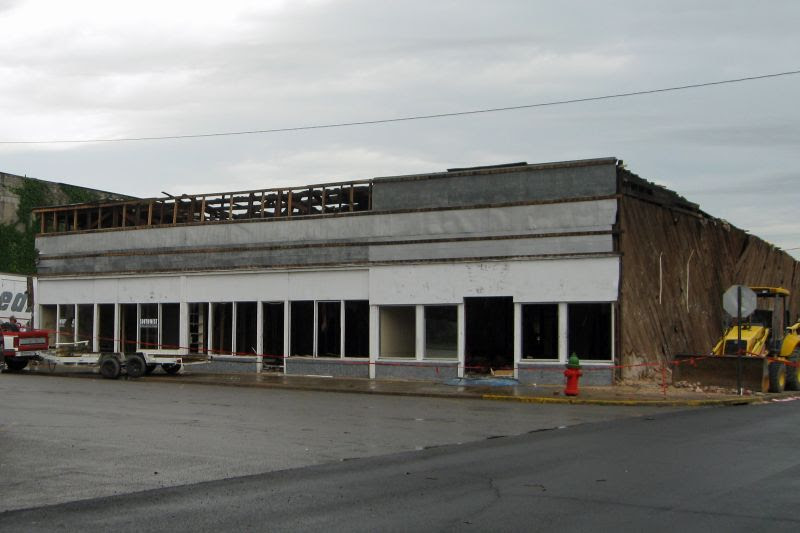 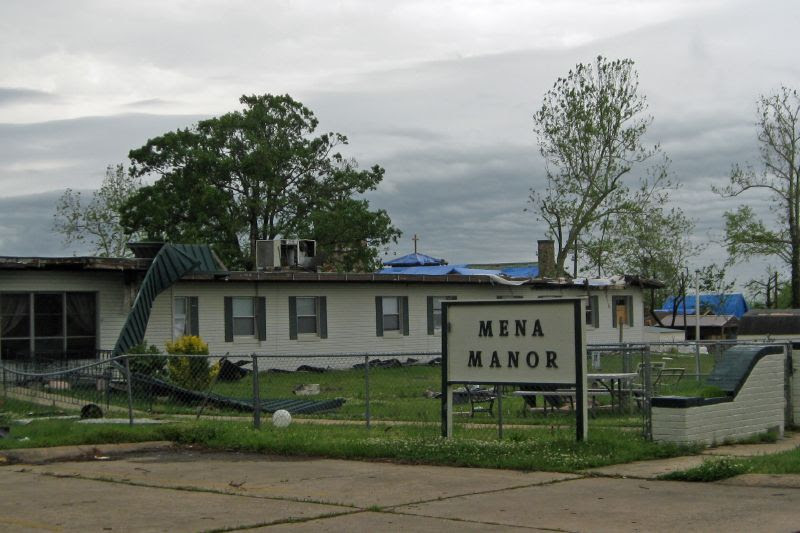 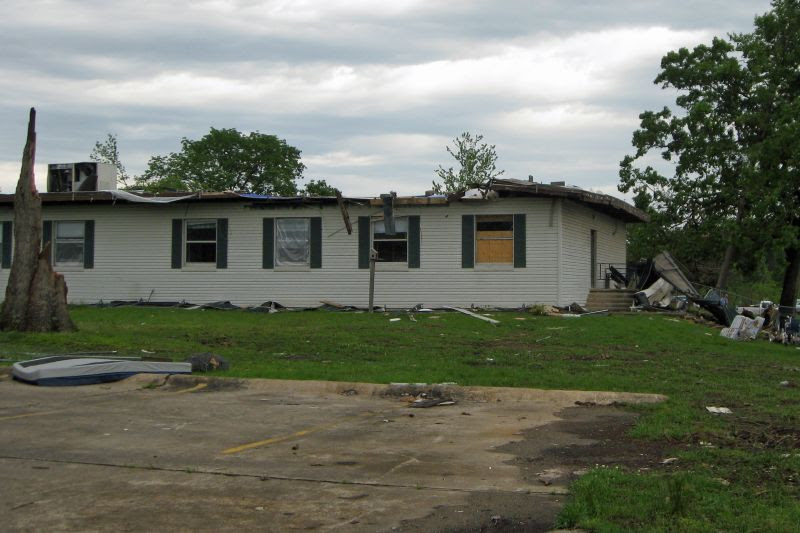 I took these photos of Mena Manor Nursing Home for my friend David. He was the administrator of Mena Manor, but moved to Indiana a couple of years ago. All of the residents of the nursing home have been relocated to other facilities. I have not heard what the future plans are for Mena Manor. 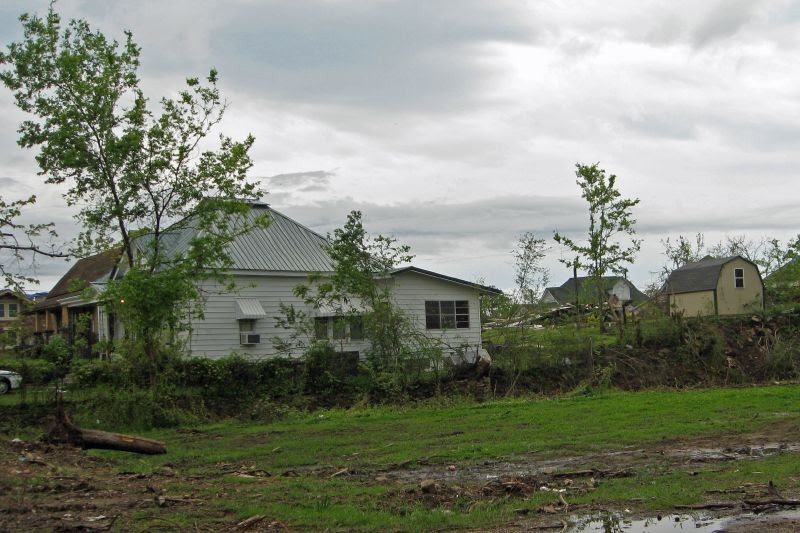 David and Kim, this photo is for you. Your old house made it through the tornado, but I'm sure that you never thought it would be so open and visible from this angle. 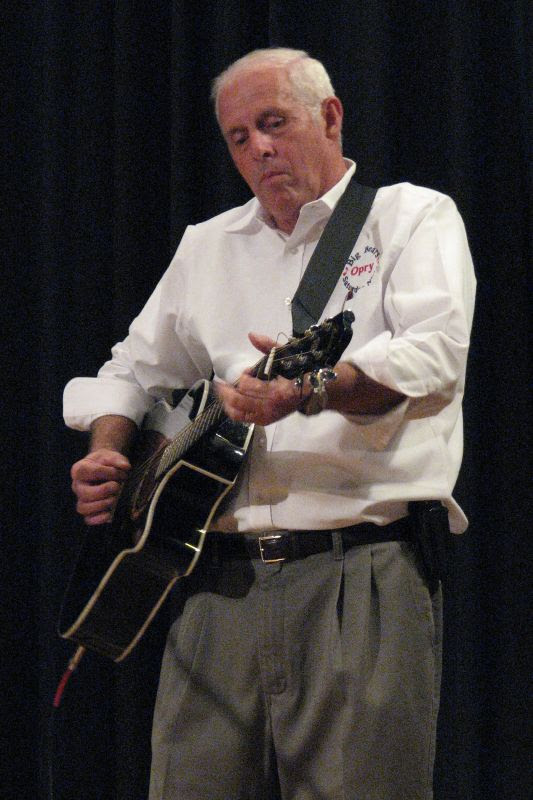 Saturday night was Big Bear’s Saturday Night Opry Benefit Show For our Storm Victims and tireless Volunteers. Admission to the concert was by donation with all of the proceeds going to benefit victims of the tornado. The concert was held at the Old Armory Building, because the regular venue for Big Bear's Opry, Mena Middle School Auditorium, was severely damaged in the tornado. Mary Caster started the show by singing The Star Spangled Banner. Since there was not a flagpole at the Old Armory the flag was hand held. Mary sang the Nation Anthem beautifully. It was a moving start to a great evening. 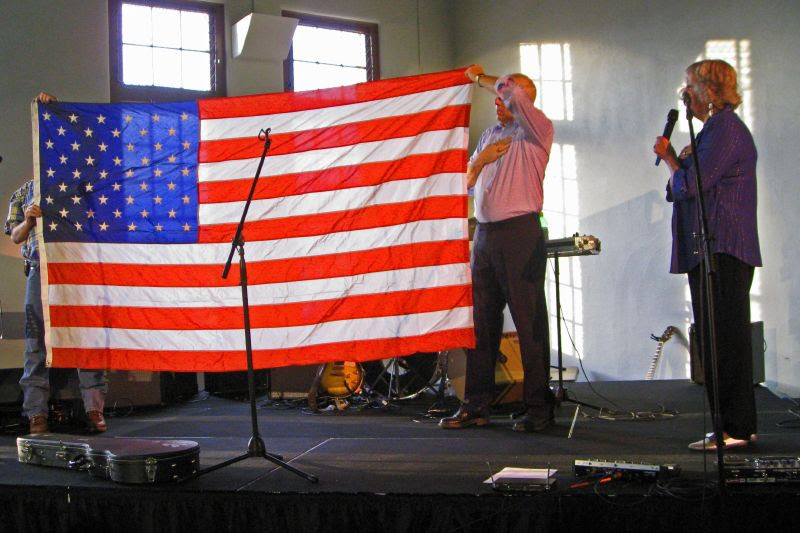 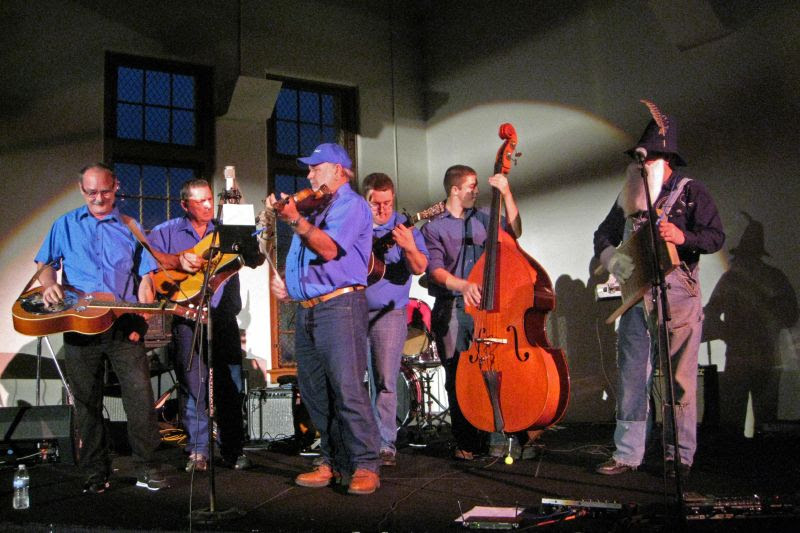 Mayor McKee addressed the audience, and at 8:09 P.M. exactly one month from the time the tornado moved through Mena, Don Hunt prayed for our community and all those affected by the tornado.

The music was great, and I really enjoyed myself. I was touched by the song "With Arms Wide Open" sung by Michelle White. You can listen here. My prayer is that it will bless you as much as it did me.

Posted by Richard Lawry at 6:02 PM