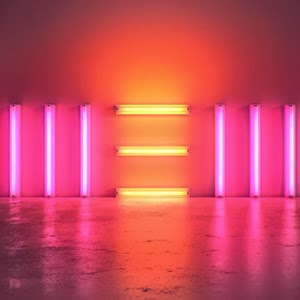 N is for New.  Today is the release date in the U.S. for the new Paul McCartney album, "New".  There has been a lot of hype about this new album, and as one reviewer put it, Paul has been here, there, and everywhere promoting it's release.  I am looking forward to hearing the new record.  I pre-ordered the album and hope it will be delivered today.

We are just a few months away from the 50 year anniversary of the Beatles debut in the U.S.  I have been listening to them since 1964 when my really cool older cousin Teresa succumbed to the early effects of Beatlemania.  When her family visited ours in 1964 we went to Red Rocks Amphitheater not long after The Beatles had played there.  She was so excited to be able to stand on the very stage where John, Paul, George and Ringo had stood not long before. The very first album I owned was Sgt. Peppers Lonely Heats Club Band. 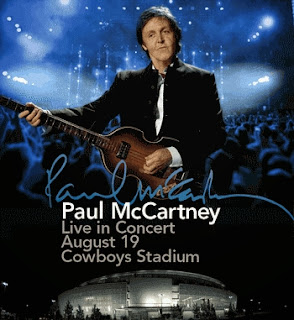 I was able to see Paul live at Cowboys Stadium in 2009.  One day my daughter called asking me if I would like to go see Paul with her. I had to ask her to repeat herself because I wasn't sure what she had said. I though about it for a couple of seconds and said sure. We talked to my wife, my son and his fiance and they all wanted to go. I have passed on my love of "classical" music to my children.  You can read about my experience at the concert here.

Paul has released the title track from the new album on You Tube, so I have been able to hear it.  I love it and it makes me want to hear the rest of the album.  Here is the official you tube release of "New".

Here is a fun acoustic version of the song with his band.


If the new album, "New" isn't in the mail today I am going to be disappointed.  I'm going to go check the mailbox now.

Posted by Richard Lawry at 8:14 AM