Over the past several months I have enjoyed attending several reunions.  In July I went to Tennessee for my aunt’s 85th birthday celebration.  Then in August I was able to attend my cousin’s 50th wedding anniversary.  He was the best man at my wedding.  I had a great time with relatives I seldom see.

Two weeks ago, my wife and I attended our 40th High School reunion. We both attended Campion Academy in Loveland, Colorado and graduated in 1973.  It had been 30 years since we had seen most of our classmates - we attended our ten year reunion.  As we pulled onto the campus of Campion Academy we were a bit nervous.  What would our old classmates be like?  Would we have anything in common? Would we recognize them?  Would they recognize us? 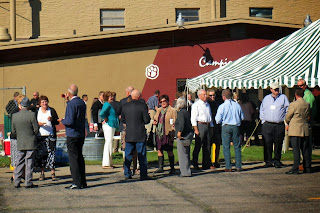 As I parked the car and walked up to the registration table my apprehension was confirmed as I couldn't place the first person who spoke to me.  But within just a few minutes all uneasiness melted away as old friends greeted us.  I was amazed as classmates bridged the forty years like it was no time at all.

While we were there, I looked up an old friend I hadn't seen in years. When I lived in Campion, he lived just a block away. He was a great friend and we spent a lot of time together. It was nice to be able to be together again like old times even if it was only for an hour or so. We reminisced about many things including our “muscle” cars; his six cylinder Ford Falcon and my Nash Metropolitan.

As we were leaving his place, he turned to me and said, “I need to apologize to you.  I was out of line”.  I wasn't sure what he was talking about.  It had been over 35 years since we had visited with each other.  I told him that even the best of friends disagree sometimes and all was forgiven.  I really had no recollection of a serious disagreement between us, but something had been eating at him for years. 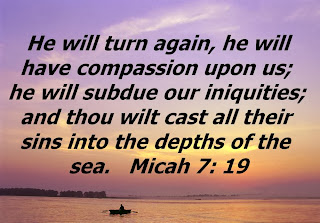 I had forgiven him years ago and couldn't even remember what the disagreement was about.  It reminded me of the verses in Micah 7:18,19.  “Who is a God like You, Pardoning iniquity and passing over the transgression of the remnant of His heritage?  He does not retain His anger forever, Because He delights in mercy.  He will again have compassion on us, and will subdue our iniquities. You will cast all our sins into the depths of the sea”.

In Romans 5:10,11 the Bible tells us,  “For if when we were enemies we were reconciled to God through the death of His Son, much more, having been reconciled, we shall be saved by His life. And not only that, but we also rejoice in God through our Lord Jesus Christ, through whom we have now received the reconciliation”. 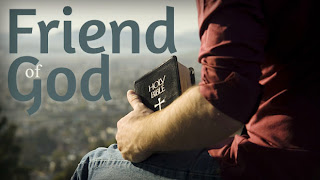 Just like I was a bit apprehensive before my high school reunion, sometimes we are apprehensive about a reunion with Jesus.  We know that we aren't worthy.

In Luke 15, Jesus tells the story of a man who has two sons. The younger son asks his father to give him an early inheritance. Once received, the son goes to a distant land and begins to waste his fortune on wild living. When the money runs out, the son finds himself in dire circumstances. He takes a job feeding pigs. He is so destitute that he even longs to eat the food the pigs eat.

The young man finally decides to return to his father and ask for forgiveness and mercy.  Realizing he is not worthy to be a part of the family he hatches a plan to ask to be a servant in his father’s house.

Let’s pick up the story in Luke 15:20, “And he arose and came to his father. But when he was still a great way off, his father saw him and had compassion, and ran and fell on his neck and kissed him. And the son said to him, ‘Father, I have sinned against heaven and in your sight, and am no longer worthy to be called your son.” 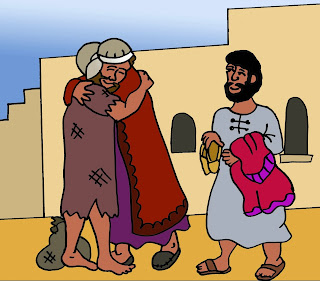 The son was focusing on how unworthy he was – and with good reason.  But all the father could think of was the reunion and how happy he was to have his son back.

Luke 15:22-24 “But the father said to his servants, ‘Bring out the best robe and put it on him, and put a ring on his hand and sandals on his feet. And bring the fatted calf here and kill it, and let us eat and be merry; for this my son was dead and is alive again; he was lost and is found.’ And they began to be merry”.

God wants a reunion, he wants reconciliation, and he wants to restore his relationship with you.  He wants to be your friend, but you have to come to the Father.  Don’t miss the reunion! 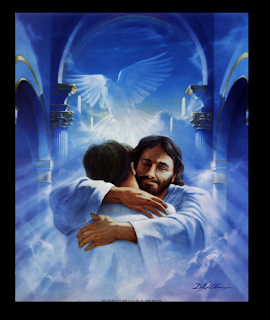 Posted by Richard Lawry at 9:43 AM