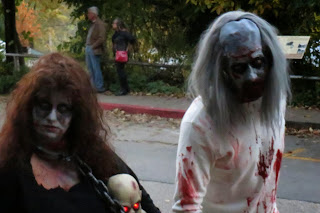 Z is for Zombie.  It seems like everywhere you go there are zombies. Movies, television, books and comics featuring zombies are very popular.  I can't understand the fascination of pop culture with zombies.  Max Brooks, who wrote the book on which the zombie movie World War Z is based. says that “people have a lot of anxiety about the future. They’re constantly being battered with these very scary, very global catastrophes. People need a ‘safe place’ to explore their apocalyptic worries. They can’t read stories about real plagues or nuclear war. That’s too scary. Zombie stories give people the opportunity to witness the end of the world they've been secretly worrying about while, at the same time, allowing themselves to sleep at night because the catalyst of that end is fictional.” 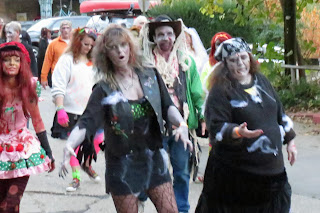 Lat fall while we were visiting Eureka Springs, Arkansas we saw a Zombie Parade.  Local people dressed up as zombies and paraded through the streets.  Here are photos that I took of the parade. 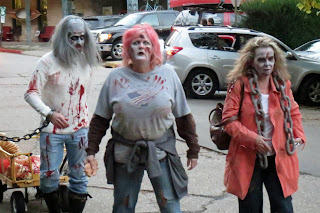 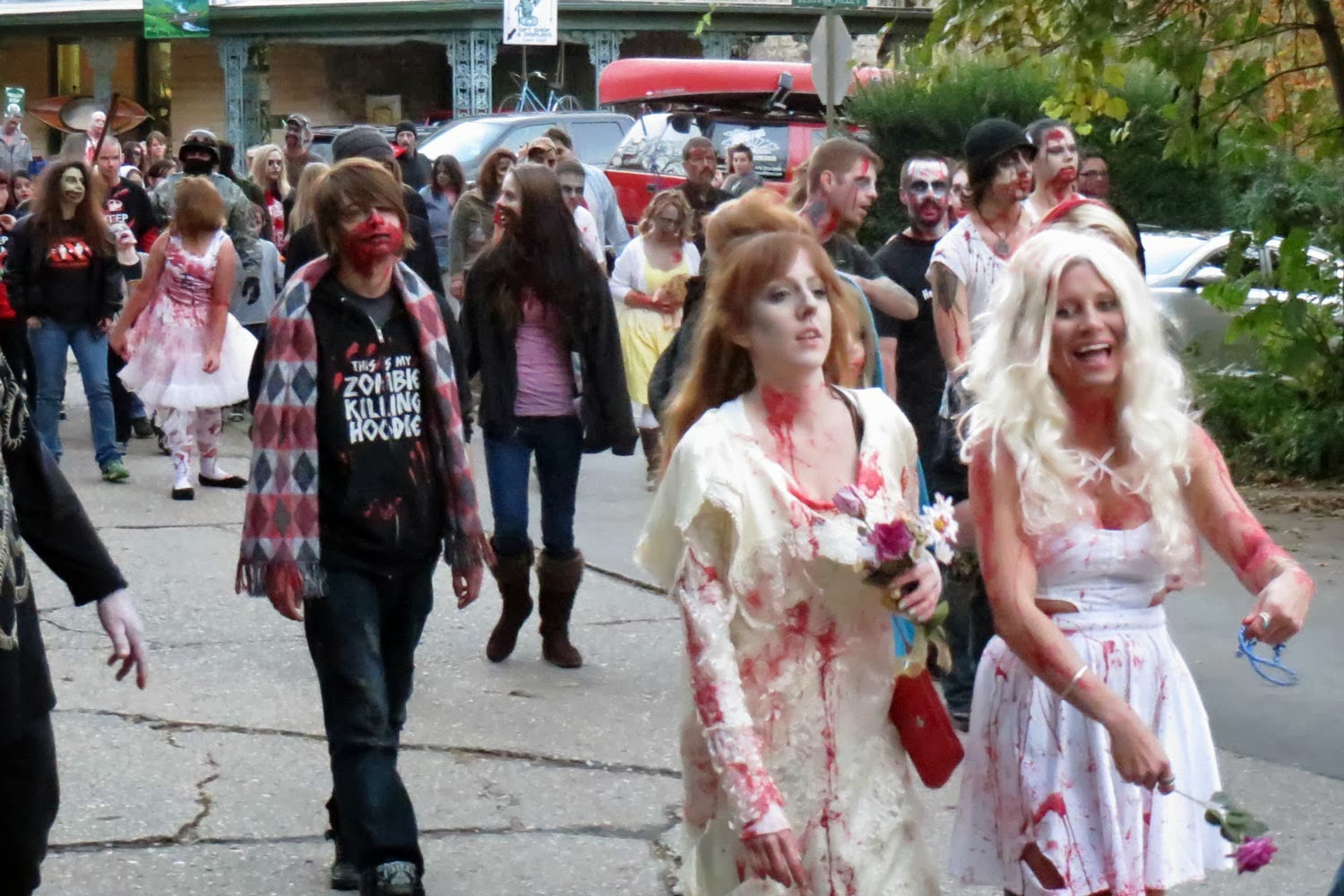 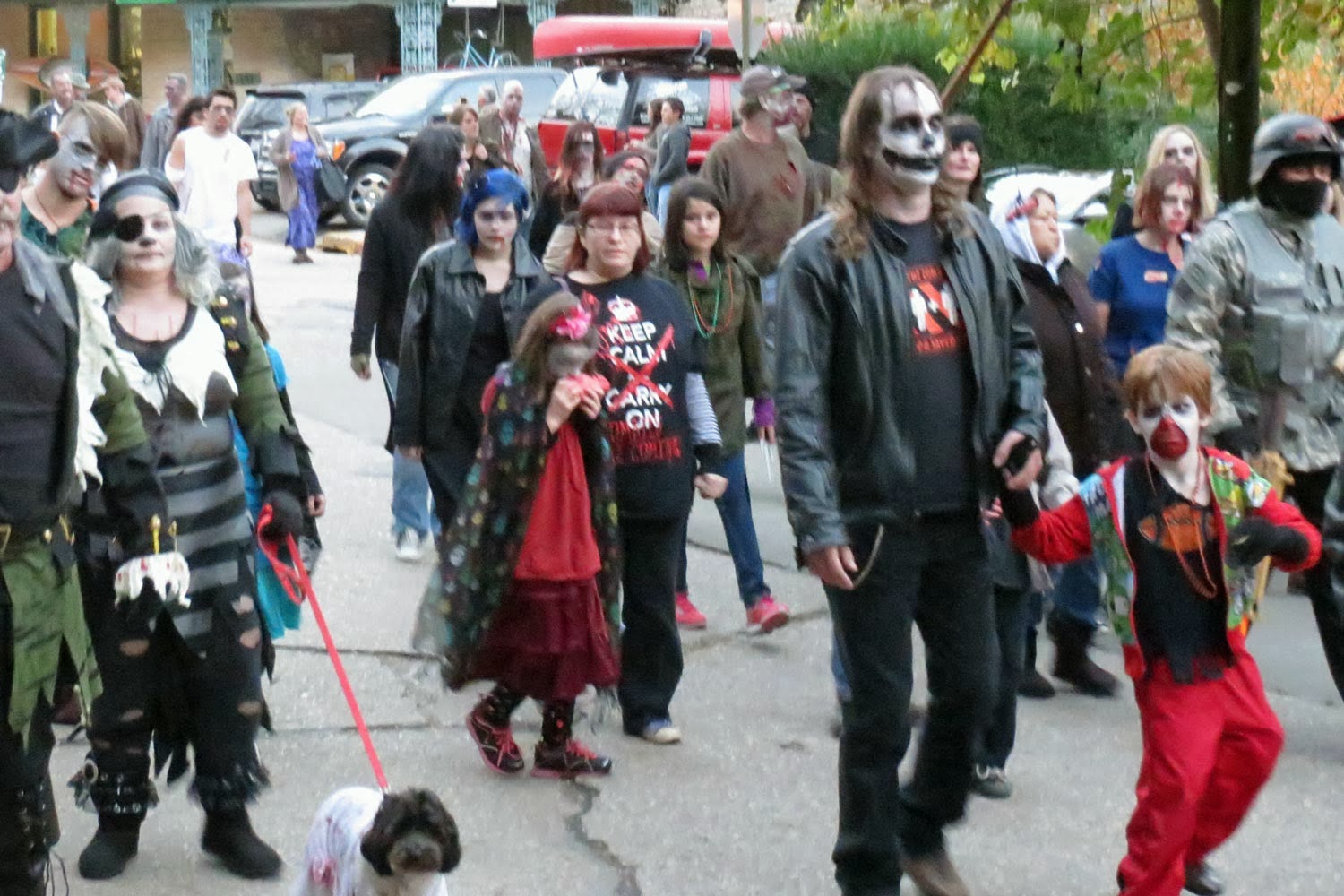 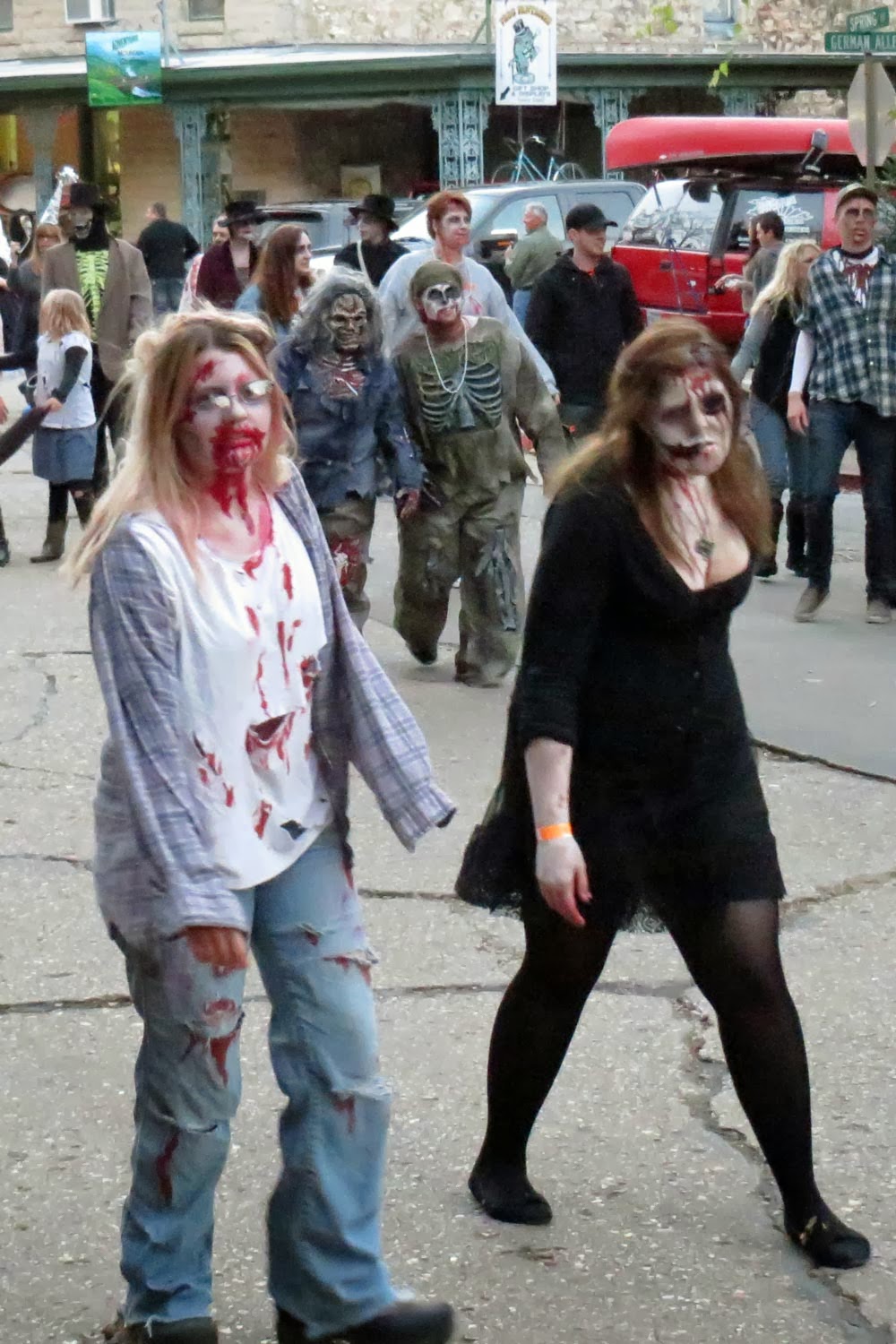 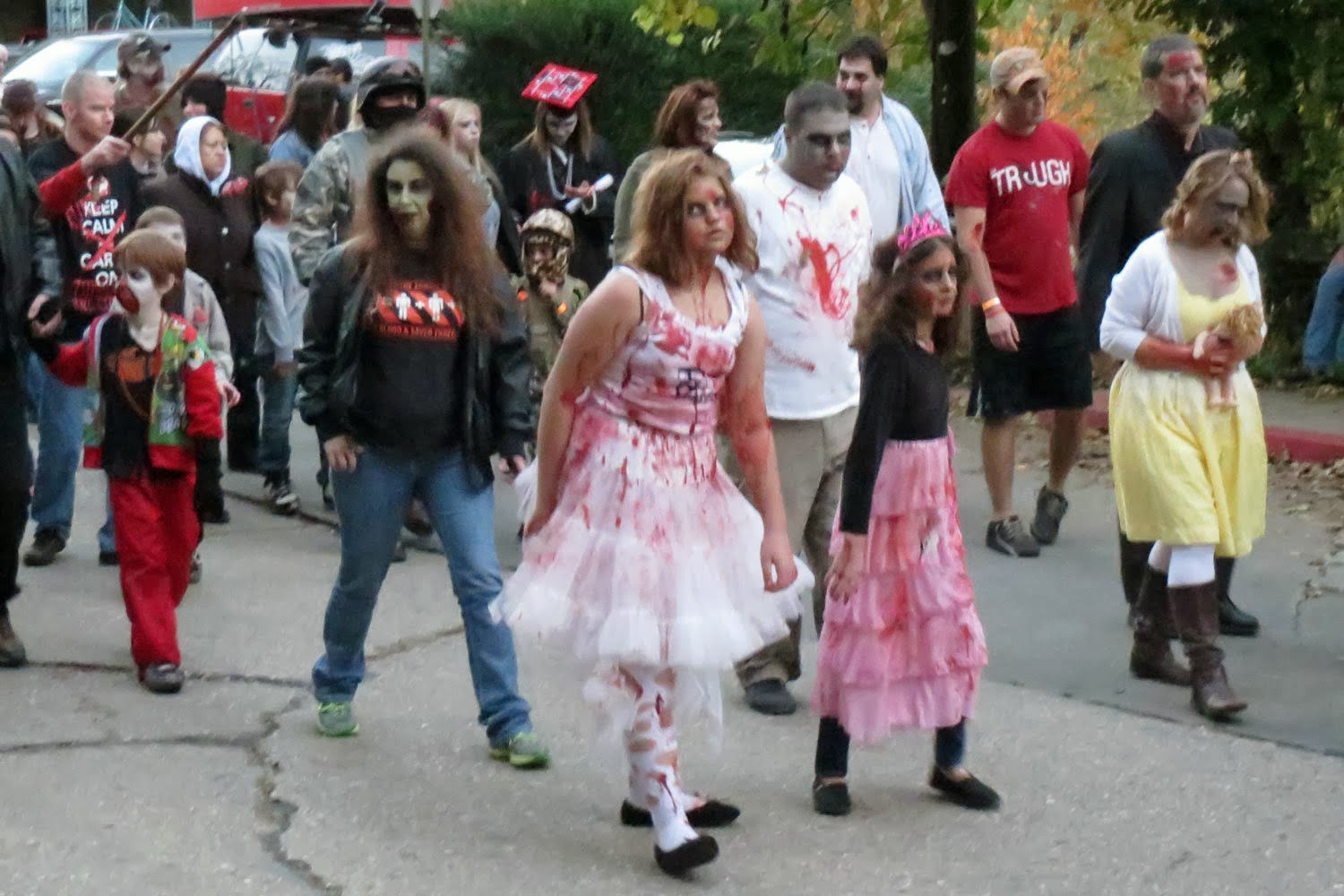 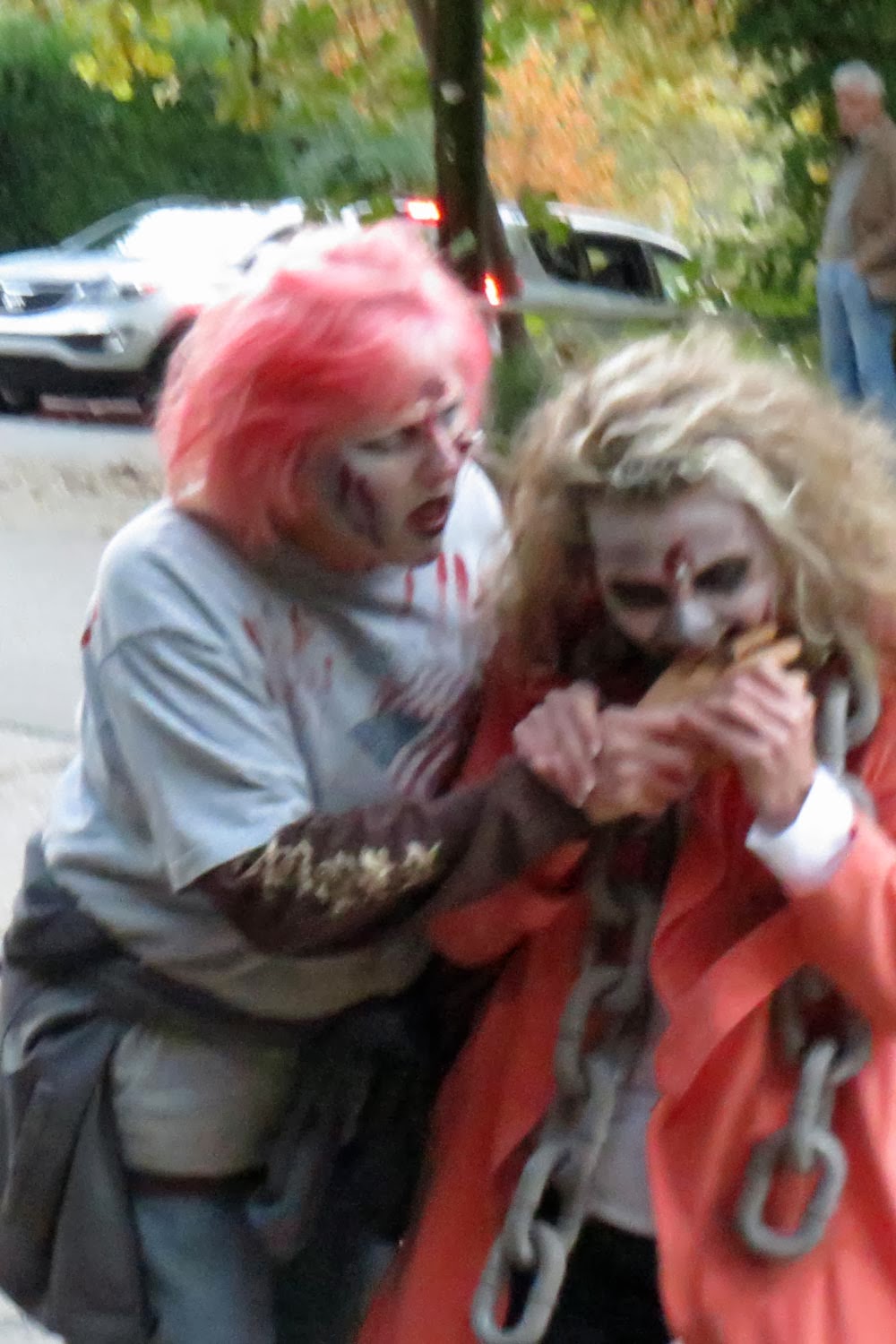 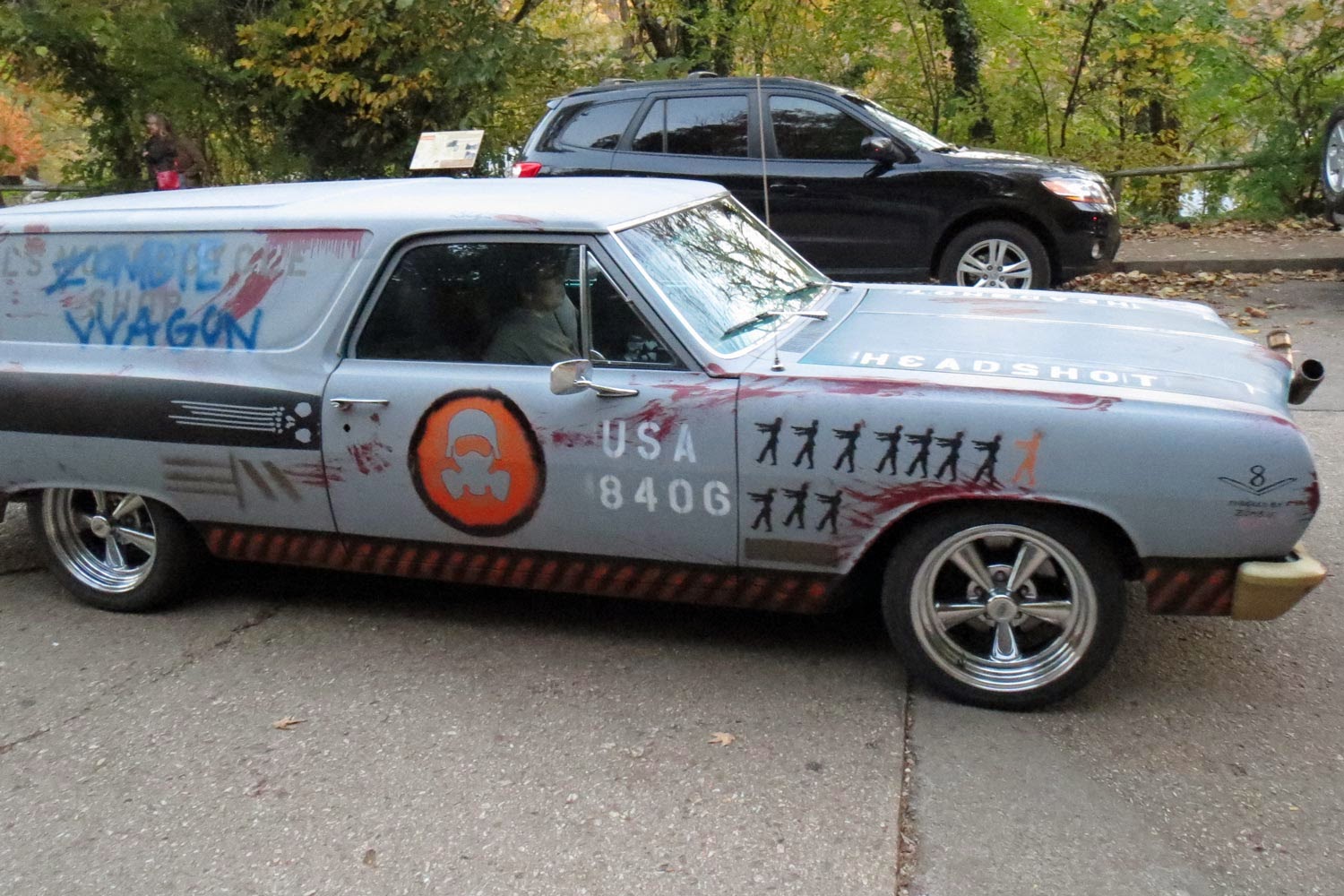 One of my favorite albums of the 60's was Odessey and Oracle by The Zombies. 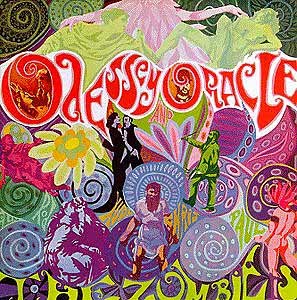 Posted by Richard Lawry at 7:22 AM