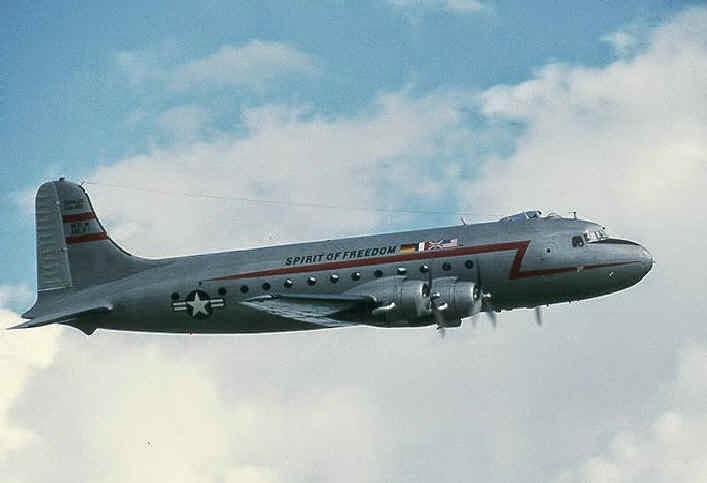 Last night the owner of a local aircraft painting business messaged me and let me know that they had just restored the Spirit of Freedom. It is a 1945 C-54 that was used in the Berlin airlift. They said that if I would like to come see it and tour the museum inside it I could come out to the airport in the morning.

When I arrived at the hanger, Spirit of Freedom pilot Jason Capra was applying some final touches to the decals on the airplane.  He graciously allowed me to tour the inside of the plane. 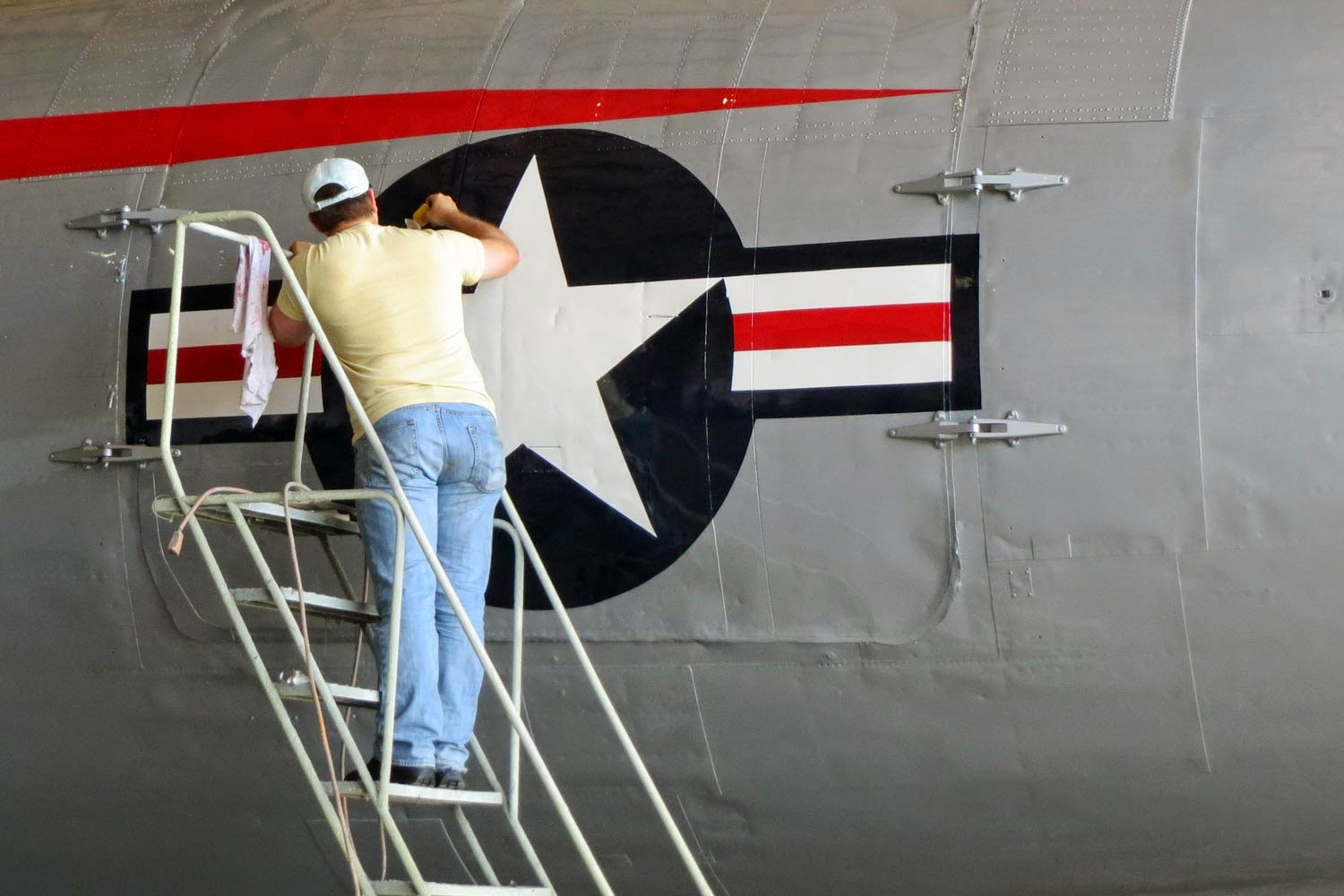 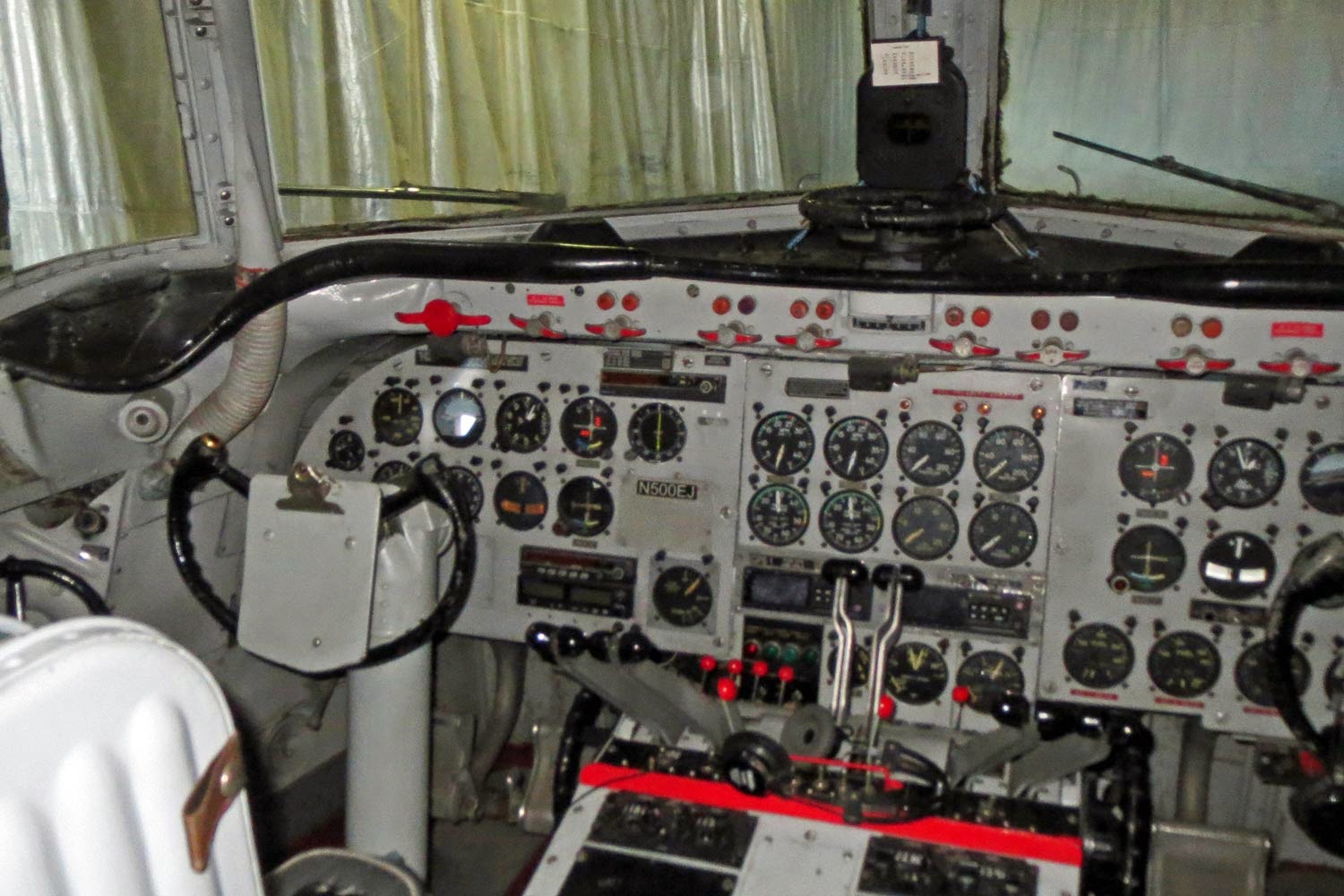 For the last two weeks Crider Aircraft Painting at the Mena Intermountain Municipal Airport has been the home of the Spirit of America; a Douglas C-54 that was part of the great Berlin Airlift of 1948 and 1949.  The crew at Crider Aircraft did a beautiful job repainting the plane. 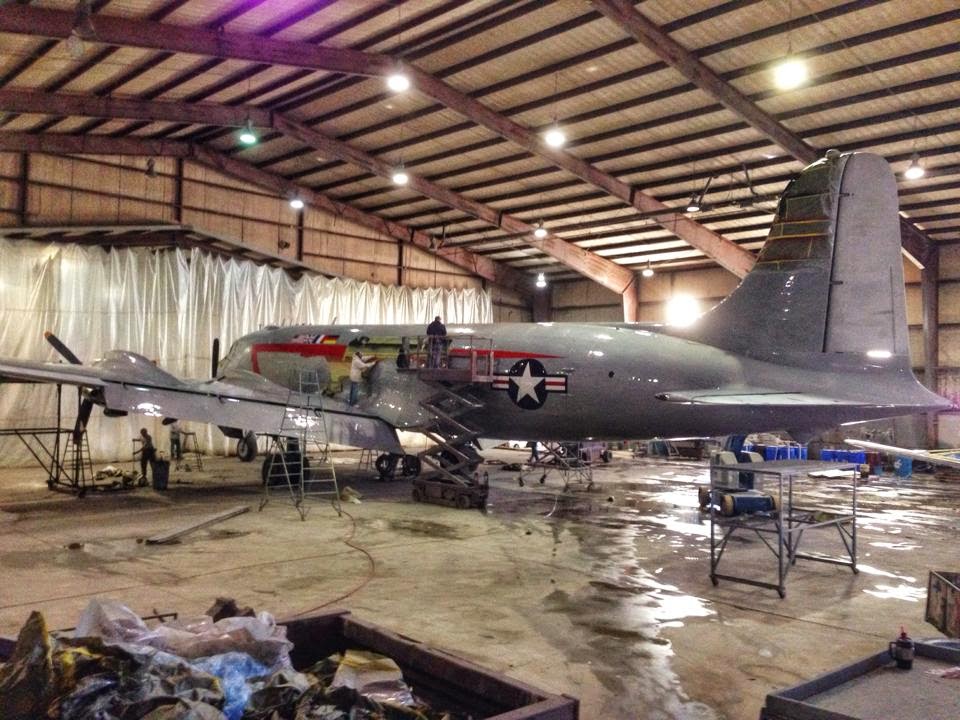 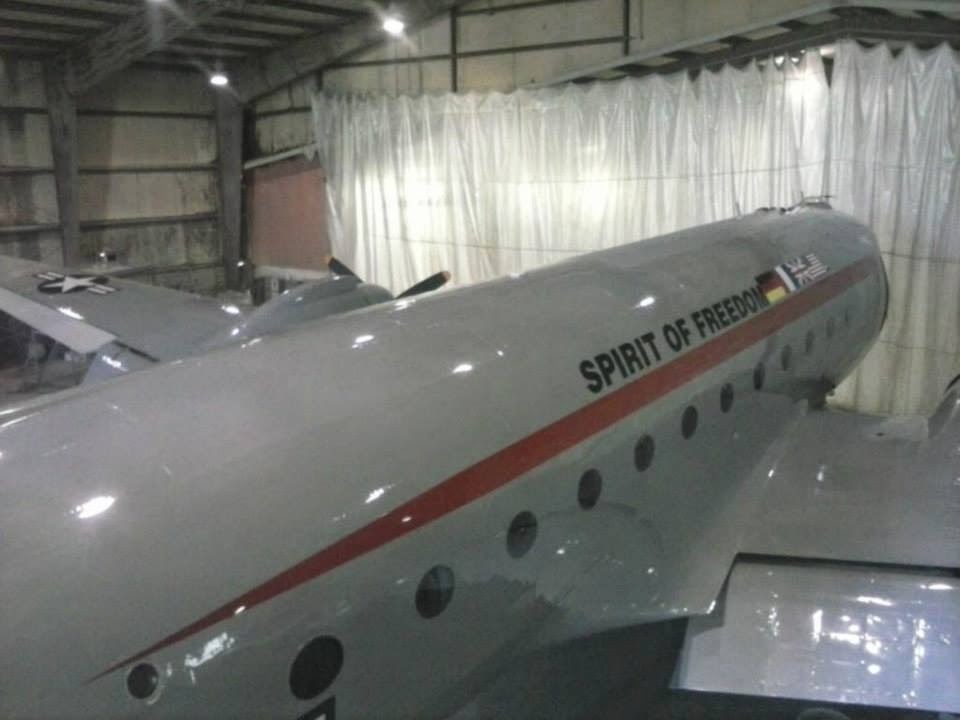 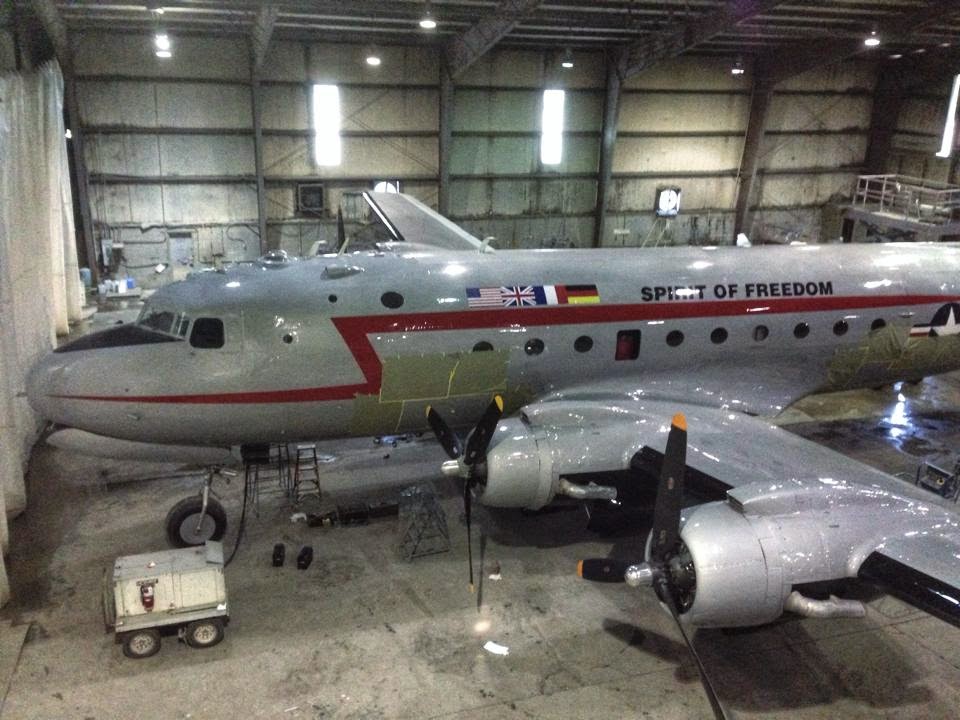 Before the Spirit of Freedom took off for her next destination, St. Louis, the crew that had worked such long hard hours for the last two weeks gathered in front of the plane for photo.  I was there photographing the plane so I was able to get their photo as well.  The pilots were very friendly and loved to talk about their plane.  You could tell that they really loved the Spirit of Freedom and were really excited about the new paint job. 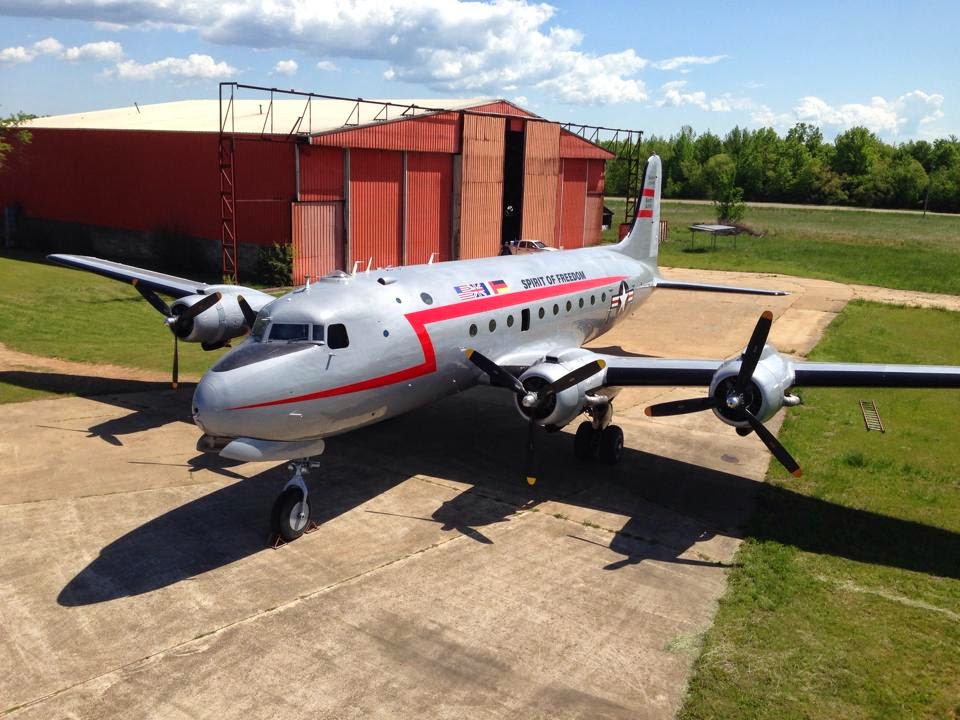 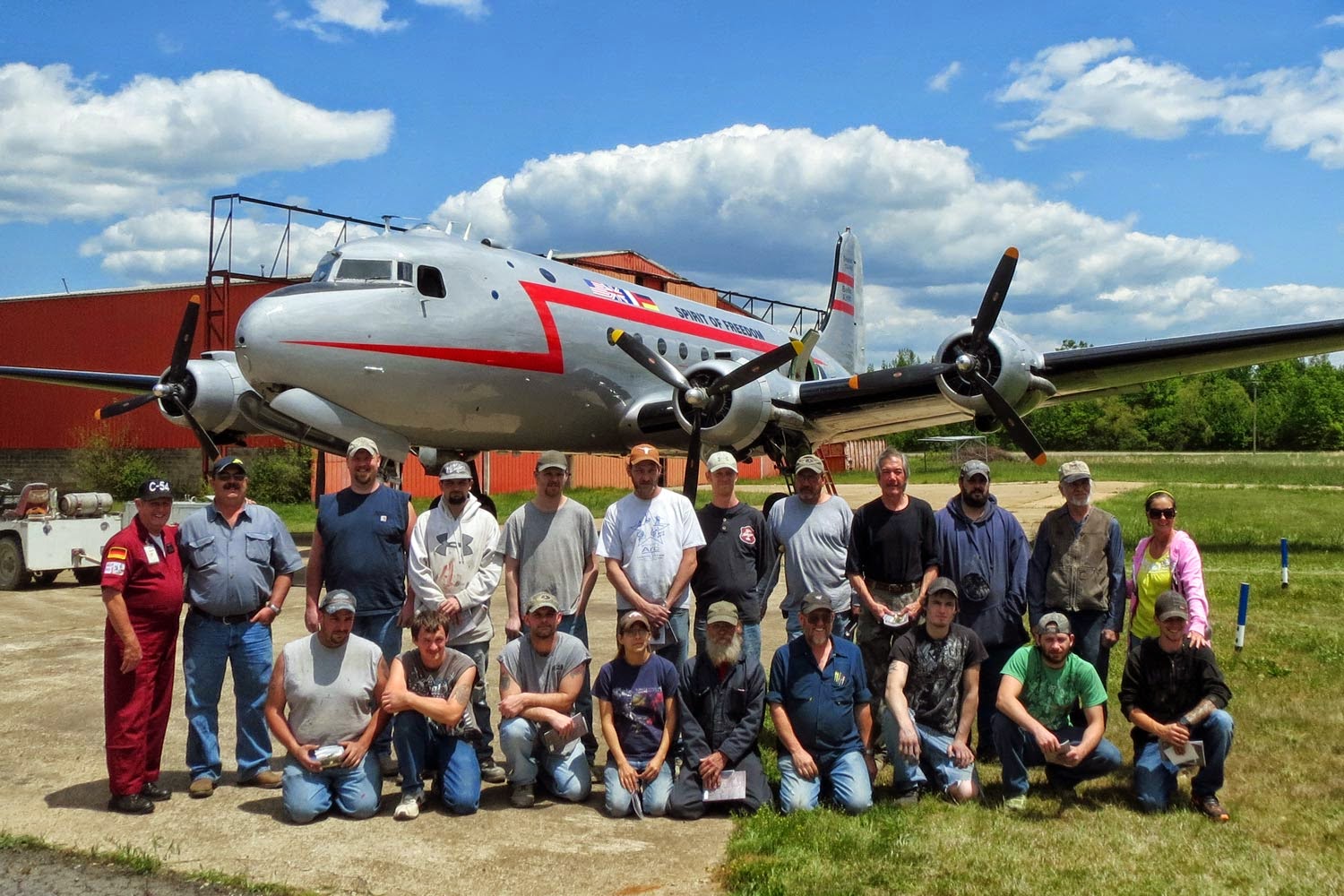 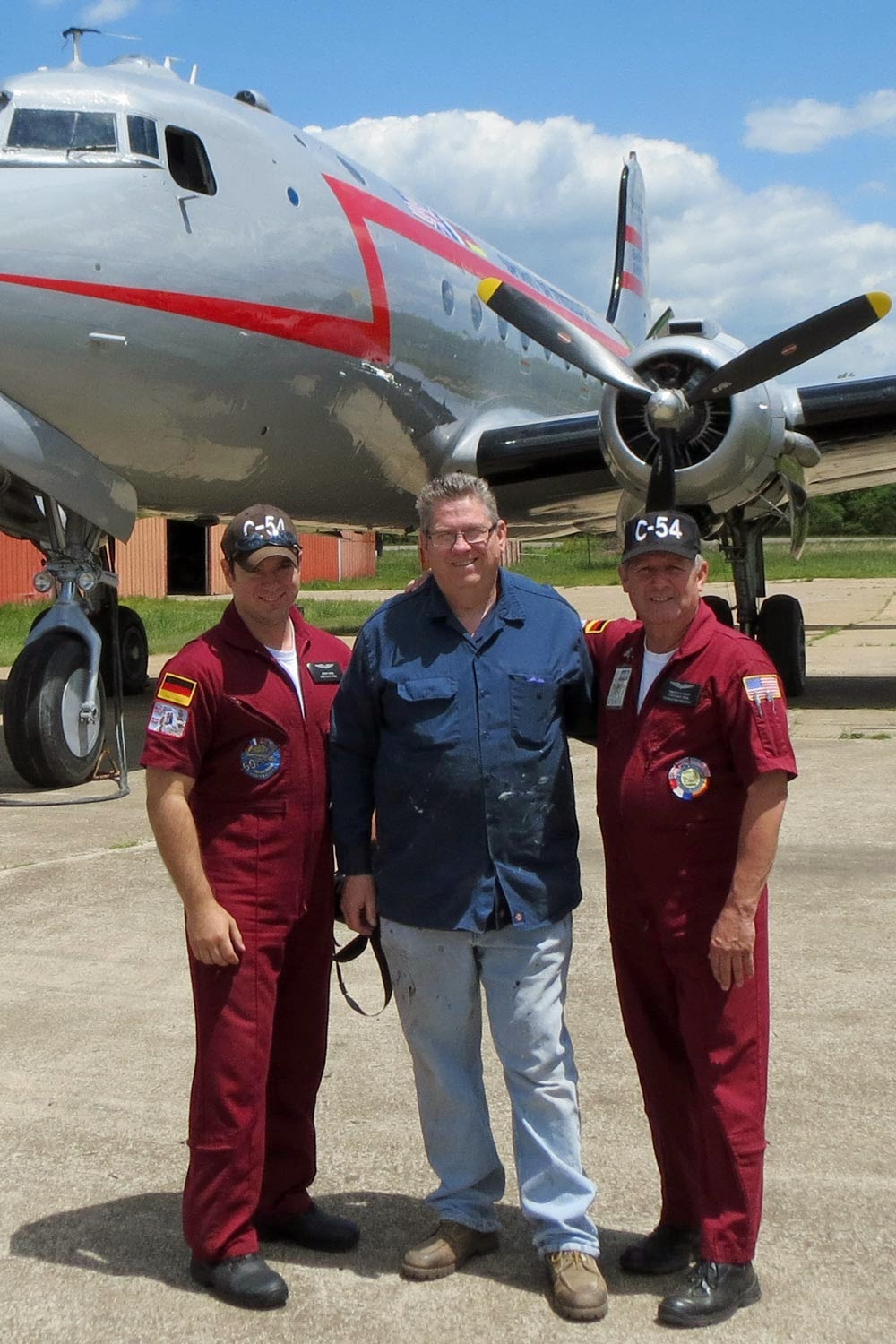 The Spirit of America served in the U. S. military until 1975 when it entered the private sector.  In 1992 it was purchased by the Berlin Airlift Historical Foundation and restoration was begun. 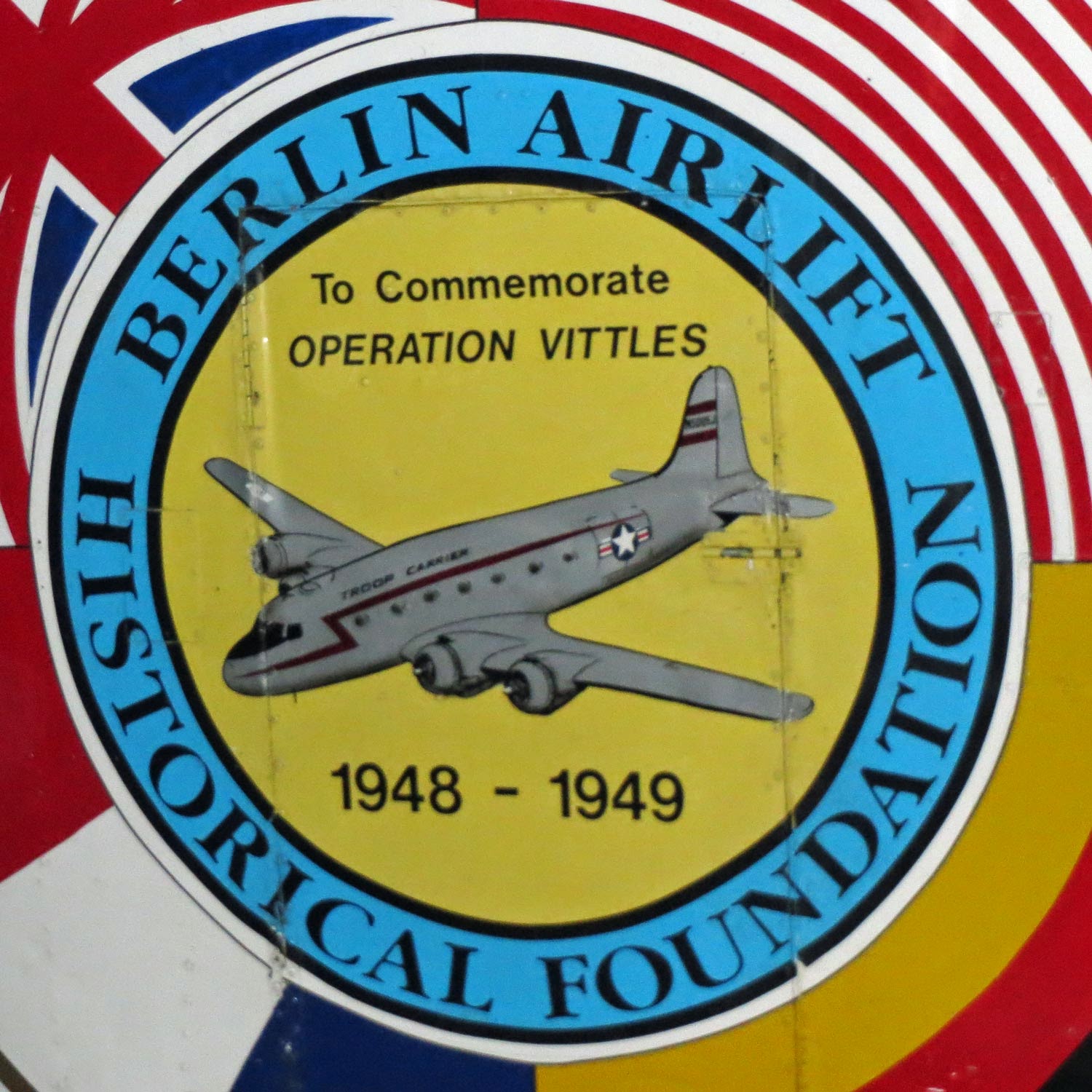 The mission of the Foundation is to preserve the memory of the greatest humanitarian aviation event in history by preserving several aircraft used in the great event and creating "Flying Memorials and Classrooms" with the purpose of educating the public about this pivotal, yet forgotten, event in world history.  The Spirit of Freedom flies to airshows and events all around the U.S.  Inside the plane is a genuine museum dedicated to the Berlin Airlift, filled with artifacts, displays, and information explaining this all important event in history.

After World War II the city of Berlin was split into four sectors, with the Allies taking the western part of the city and the Soviets the eastern. In June 1948, The Soviets attempted to consolidate control of the city by cutting off all land and sea routes to West Berlin in order to pressure the Allies to evacuate. As a result the western section of Berlin and its 2 million people were deprived of food, heating fuel and other crucial supplies.  The Berlin Airlift was the Allies response to the crisis. 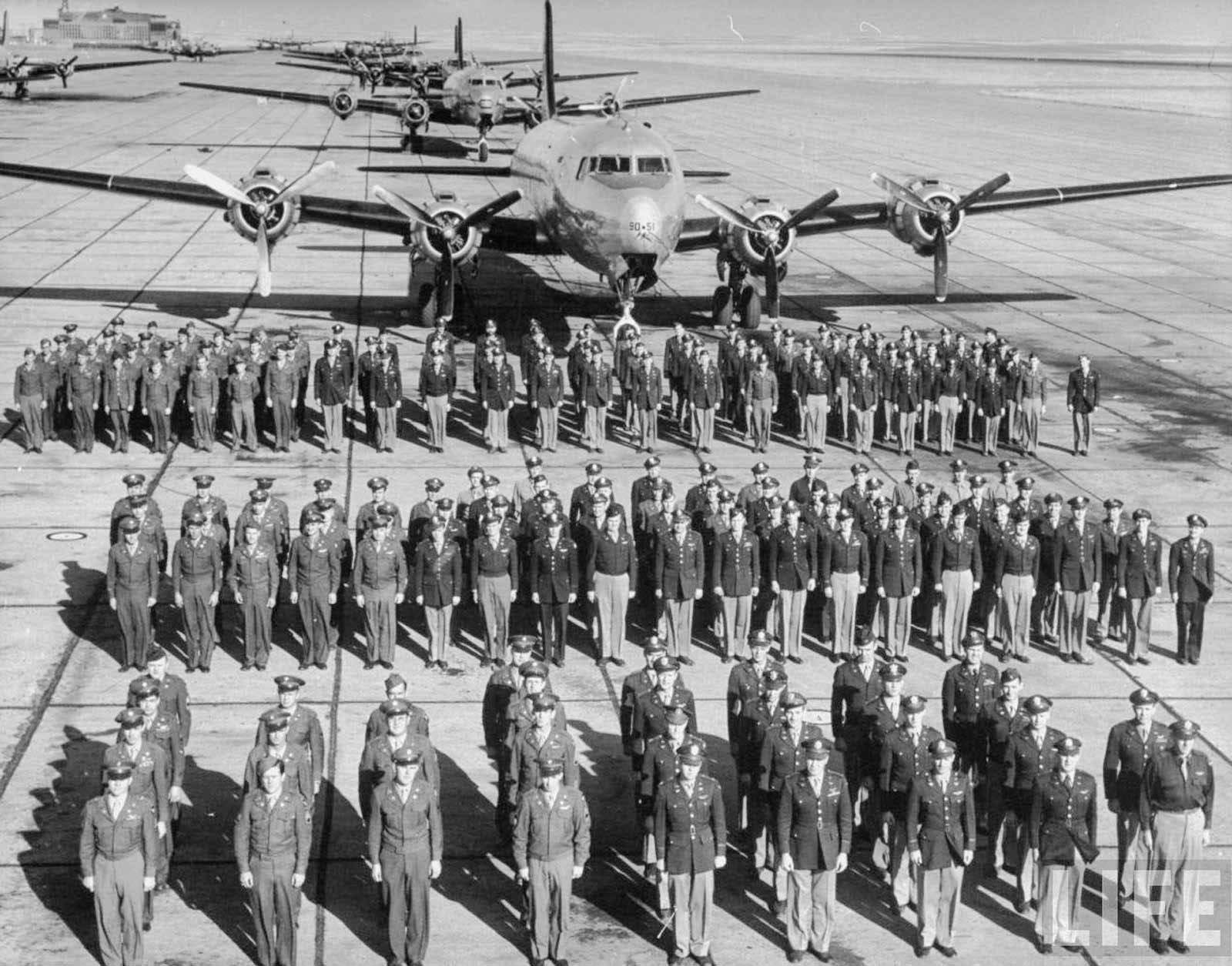 On their website, The Berlin Airlift Historical Foundation extended "a sincere thank you to Roger Crider for taking on the job of painting the C-54 and for doing all he can to reduce the labor costs to help the Foundation".  When the Spirit of Freedom flies around the country educating thousands of people about the Berlin Airlift, it will be taking a little bit of Mena and our fine craftsmanship with her in the form of a beautiful new paint job. 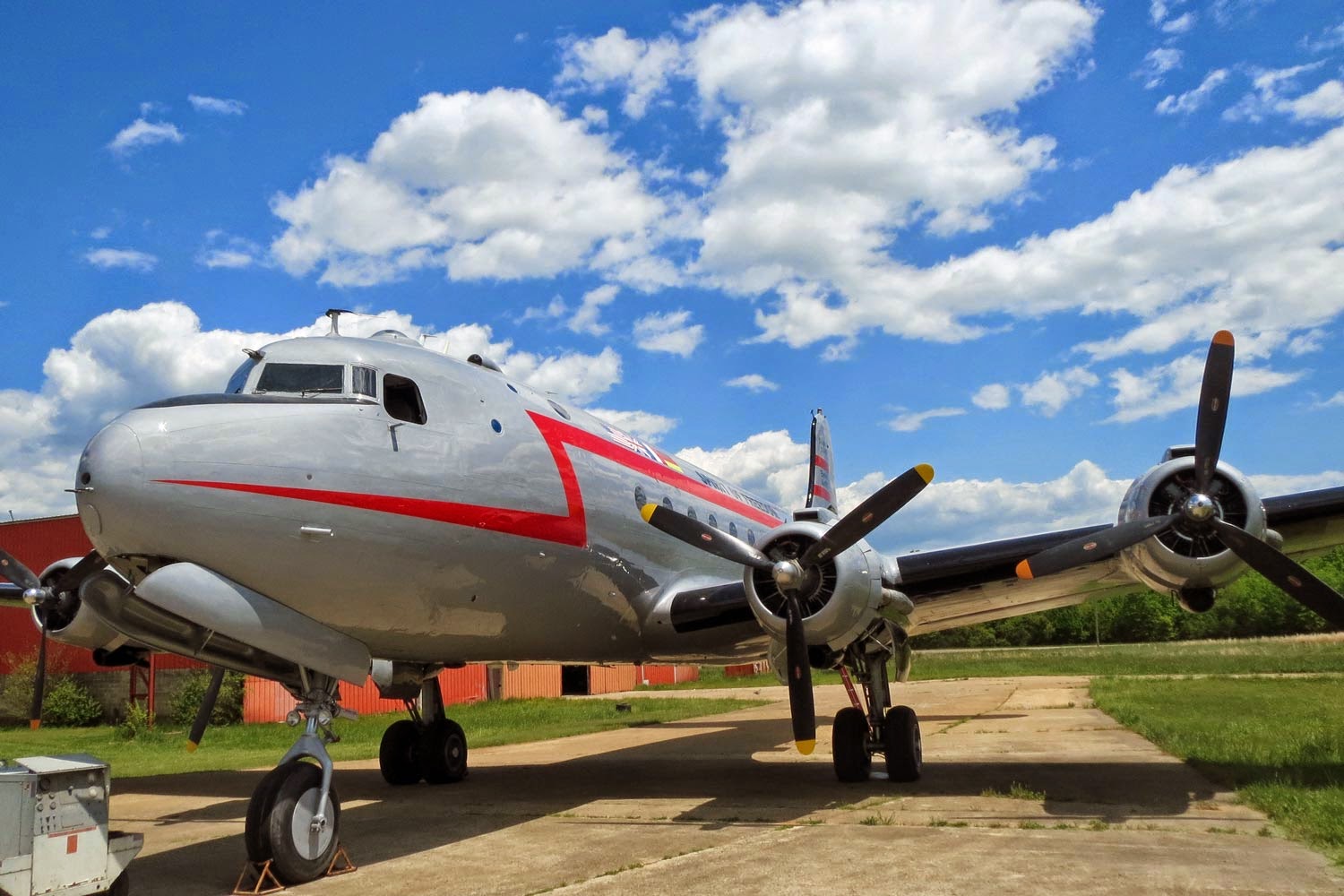 On the flight from Mena to St. Louis this afternoon, pilot Jason Capra shot this amazing photo from the cockpit window. 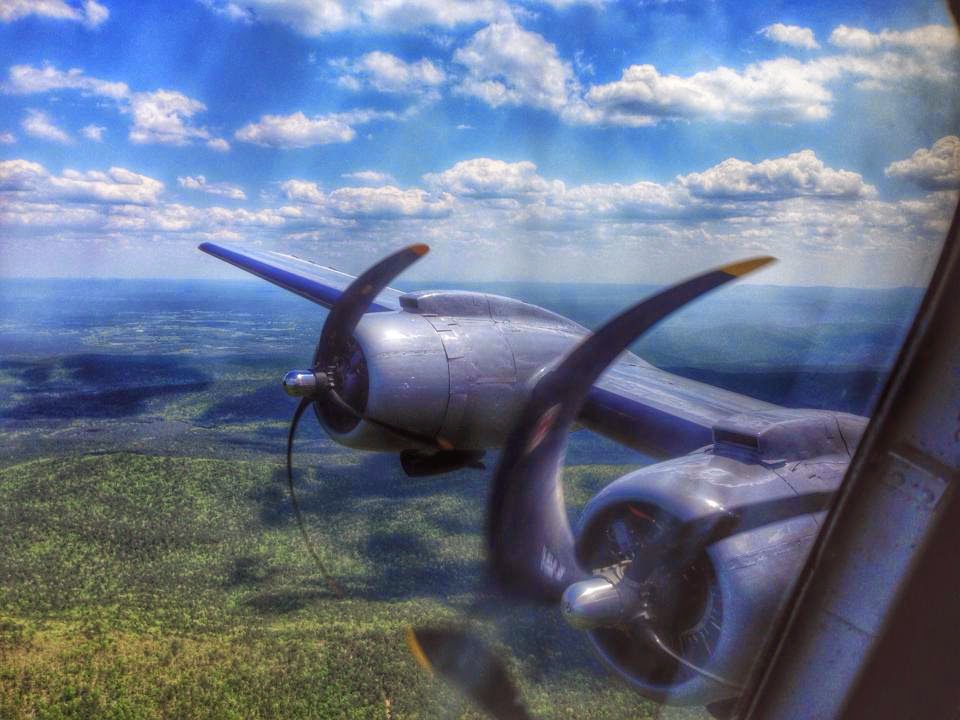