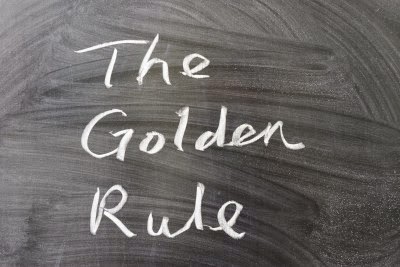 One of the best known sayings of Christianity is the Golden Rule; “Do unto others as you would have them do unto you.” In Matthew 7:12, Jesus actually said, “Therefore, whatever you want men to do to you, do also to them, for this is the Law and the Prophets.”

Most Christians really believe this. They would not only agree that it’s correct to treat others right, but also believe in showing deference or respect or kindness.

But there’s one area of life where it seems that Christians forget the Golden Rule, and that’s politics.  I’m amazed by how many Christians become completely uncivil when it comes to discussing politics. In everything else they are polite but once they start talking about politics or politicians they become vicious.  It seems that they forget that the Bible says in Romans 12:10, “Love each other with genuine affection, and take delight in honoring each other.” 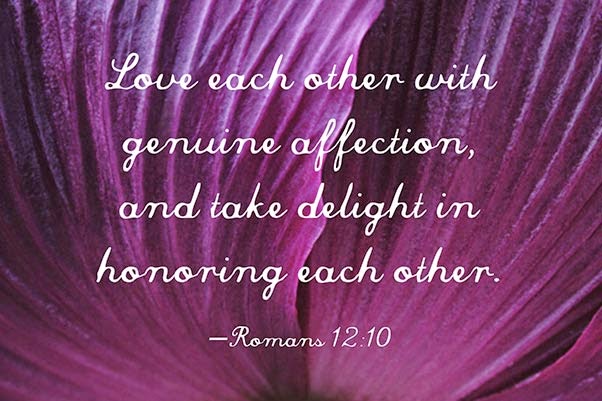 Many devout Christians become mean, critical, and bitter when they talk about politics. Insults, name-calling, bitterness, and slander are the order of the day.  They don’t seem to remember that the Jesus they claim to worship said to “love your enemies”.

I think that social media is partly to blame.  People post things on the internet they might never say.  I don’t believe that Christians shouldn't have opinions on politics or that they shouldn't express them.   I’m very grateful that I live in a country where free speech is a basic human right.  I’m happy that there are Christians who care about their country, and that some involve themselves in the political process.

But does it have to be so full of hate?  It is all right for a Christian to express an opinion on politics such as, “I think X is a poor President, Senator, Congresswoman, Candidate.”  A Christian has a right to feel that way. But we have all seen some Christians cross the line from opinion to attack, insult, and slander.  Much of it is hateful and malicious. 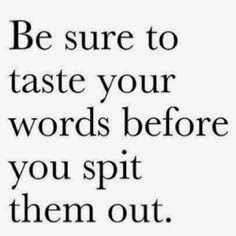 Look at the Facebook posts of some Christians. When they talk or re-post, ask yourself if it’s possible they've ever read Colossians 4:6: “Let your speech always be with grace.”

In Matthew 12:34 Jesus said, “Out of the abundance of the heart the mouth speaks.” We as Christians can’t escape the reality that our words (or Facebook and Twitter posts) reveal our true character.   “For by your words,” Jesus said, “you will be justified, and by your words you will be condemned.” (Matthew 12:37) I have never read in the Bible where Jesus said, “But when it comes to politics and politicians, feel free to be as mean, vile and ugly as you want.” 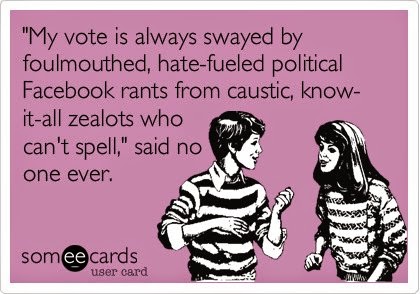 When Christians say/post/share ugly words, thoughts or pictures about people on the other side to support their political position they are talking about people that Jesus loves, people that Jesus died for.  There is a real person behind those words.  When someone says that all of any group is/says/does/thinks/behaves/believes/hates/loves/etc., they are saying that about real people, not just ideologies, not just platforms, not just issues, not just politicians.

Posted by Richard Lawry at 9:40 PM