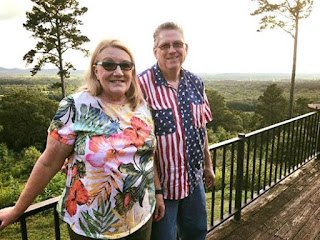 On the 4th of July, my wife and I were invited to a cookout at my cousin’s place. They recently purchased a house and acreage that sits on the top of a high hill. The property has commanding views of the Ouachita Mountains to the south and the Kiamichi Mountains to the west along with the broad valley below. 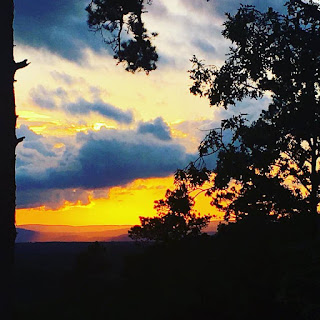 After watching a beautiful sunset and being entertained by our own private fireworks show, we sat on the deck and watched fireworks from one end of the valley to the other. There were so many fireworks that we didn’t know where to look next. It was truly a spectacular sight.

As I watched the fireworks and thought about what the 4th of July celebrations meant, I wondered why we shoot off fireworks to celebrate Independence Day. Since I have a small personal computer, aka a smart phone, with me at all times, I looked up the history of fireworks and the 4th. I found out that fireworks were set off on July 4, 1777, to celebrate the signing of the Declaration of Independence one year earlier. The Pennsylvania Evening Post wrote that “The evening was closed with the ring of bells, and at night there was a grand exhibition of fireworks (which began and concluded with thirteen rockets) on the Commons, and the city was beautifully illuminated.”

When, we as Americans, think about the Fourth of July, we think about liberty. On July 4, 1776, the Continental Congress officially adopted the Declaration of Independence. One of the most remembered lines is, "We hold these truths to be self-evident, that all men are created equal, that they are endowed by their Creator with certain unalienable Rights, that among these are Life, Liberty and the pursuit of Happiness." I have been noticing that although Americans want liberty, they are becoming less likely to want to extend liberty to others.

When I was in school, I was taught that the Pilgrims came to America aboard the Mayflower in search of religious freedom in 1620. The Puritans soon followed, for the same reason. Ever since the Pilgrims arrived millions from around the world have done the same, coming to an America where they found a place where everyone was free to practice his faith. 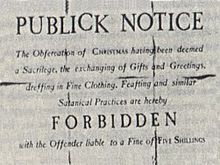 People who disagreed with the official theology of the colony were banished. Catholics and other non-Puritans were banned. Four Quakers were hanged in Boston between 1659 and 1661 for standing up for their beliefs. The Puritans did not understand the principle of religious liberty. The freedom which they sacrificed so much to secure for themselves, they were not equally ready to grant to others.

True religious freedom in America started with the vision of one man, Roger Williams. Governor Bradford of Massachusetts wrote that Williams fell "into some strange opinions which caused some controversy between the church and him." In October 1635 Williams was tried by the General Court and convicted of sedition and heresy. He was then ordered to be banished. In the spring of 1636, Williams and a number of his followers from Salem began a settlement. He called it "Providence" because he felt that God's Providence had brought him there.  He said that his settlement was to be a haven for those "distressed of conscience.” 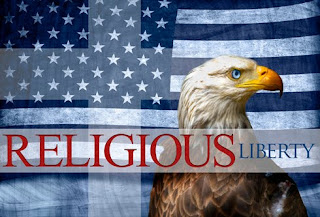 It is a good thing to do what we can to stand up to those governments that are trampling on the liberties of Christians around the world, but will we be as vocal when the liberties of others religions are taken from them.  If we truly believe in religious liberty, we must be advocates for anyone whose liberties are threatened.

God wants all to come to repentance and be saved, but He will not force us to come to him. Free will to obey or disobey is not only biblical but essential to man's relationship to God.  He wants us to love, obey, serve, and worship Him and to do so by choice. God allows us to choose Him or to chose not to follow Him. Joshua told the Children of Israel, “Now therefore revere the Lord, and serve him in sincerity and in faithfulness; put away the gods that your ancestors served beyond the River and in Egypt, and serve the Lord. Now if you are unwilling to serve the Lord, choose this day whom you will serve, whether the gods your ancestors served in the region beyond the River or the gods of the Amorites in whose land you are living; but as for me and my household, we will serve the Lord.” Joshua 24:14,15 (NRSV) 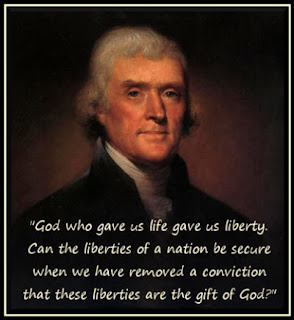 Gentle Reader, God doesn’t want any obedience, worship, or love that doesn't come willingly from the heart. He wants you to willingly choose to serve Him. If God so freely gives liberty – even to do what is wrong – we should be willing to give religious liberty to all.

Posted by Richard Lawry at 6:48 AM