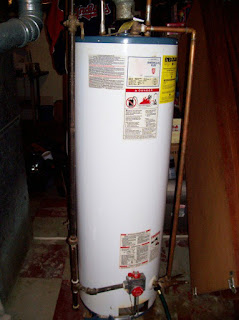 The past few weeks have been a blur for me. The adage seems to hold true; when it rains, it pours. One day, while we were making almost daily trips back and forth to the hospital in Hot Springs, our hot water heater started leaking. Because I didn’t have time to replace the water heater immediately, I drained the tank so it wouldn’t leak, and we were without hot water for several days. As I was feeling a bit sorry for myself for the expense and inconvenience of having to replace our water heater, I realized that I was facing a first world problem.

I thought about my friends in Belize. When we visited them, the young couple and their son lived in a 64 square foot apartment with no hot water. Their water source was a cold water spigot outside the apartment. When my wife talked to a group of fifth-grade students in San Pedro, Belize, one of the questions they asked her was, “do you have a bathroom in your house in America?” She told them that she did, but was too embarrassed to tell them that our house has three bathrooms. 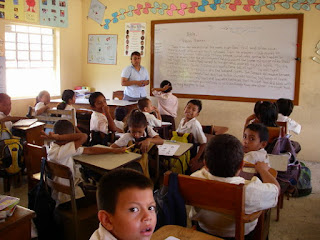 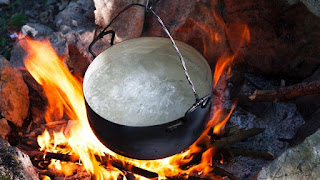 I recently read that in England, during the Middle Ages, a suspected criminal was forced to put their arm in a cauldron of hot water up to the elbow. If the arm did not heal in a couple of days, they were found guilty. That sounds like as good an explanation as any of being in hot water. During the 1500’s a common phrase used to signify being in a troublesome situation was, “cost me hot water.” In 1537, Arthur Plantagenet wrote in a letter; “I can get no conserve dishes; howbeit, if they are to be had, I will have of them, or it shall cost me hot water.” And in 1593, in his historical play of Edward the First, G. Peele used the line, “it shall cost me hot water, but thou shalt be King Edward's man.”

In an ironic twist, there is a church mentioned in the Bible that was in hot water with Jesus because of being like lukewarm water. In Revelation 3:15-16 (NLT), In a letter to the church at Laodicea, Jesus said, "I know all the things you do, that you are neither hot nor cold. I wish that you were one or the other! But since you are like lukewarm water, neither hot nor cold, I will spit you out of my mouth!"
Some Bible commentators have suggested that the metaphor of lukewarm water has been drawn from the water supply of the city. The nearby city of Hierapolis had hot springs, and the city of Colossae had cold, pure water. But archaeology shows that Laodicea had an aqueduct that probably carried water from hot mineral springs some five miles south, which would have become tepid before entering the city. In his book, Archaeology And The New Testament, John McRay writes, "Water piped into Laodicea by aqueduct from the south was so concentrated with minerals that the Roman engineers designed vents, capped by removable stones, so the aqueduct pipes could periodically be cleared of deposits." 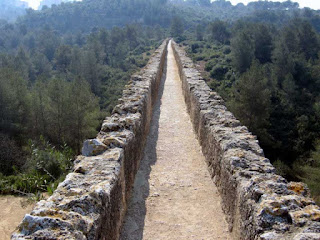 The warm, sulfur water was probably nauseating to the taste and smell. By traveling only a few miles, the Laodicean residents had access both to healing hot waters in one direction and to refreshing cold waters in another direction. However, Laodiceans could also choose to partake only of the waters that flowed into their city. In that case, they drank lukewarm water that smelled bad and made them feel nauseated.

After getting their attention by telling the Laodiceans that “since you are like lukewarm water, neither hot nor cold, I will spit you out of my mouth!" Jesus then explains why He described their spiritual condition as lukewarm. “Because you say, ‘I am rich, and have prospered and grown wealthy, and have need of nothing,’ and you do not know that you are wretched and miserable and poor and blind and naked.” Revelation 3:17 (AMP) 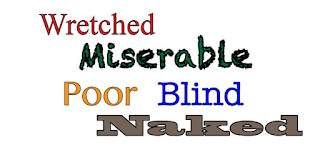 The church in Laodicea thought of itself as rich and in need of nothing. Many of the members may have been wealthy, but Jesus is talking about spiritual pride and arrogance. Jesus' message is the same for us. Many of us are neither spiritually hot nor deadly cold. We have become lukewarm like Laodicea, who was not only self-sufficient and distracted by worldly things, but also felt that their own efforts made them safe.

Gentle Reader, “it is by God's grace that you have been saved through faith. It is not the result of your own efforts, but God's gift, so that no one can boast about it.” Ephesians 2:8,9 (GNT) If you are lukewarm, Jesus says to you, “I correct and discipline those whom I love, so be serious and repent! Look! I am standing at the door and knocking. If anyone listens to my voice and opens the door, I will come in to him and eat with him, and he will eat with me.” Revelation 3:19,20 (ISV) Will you open the door?

Posted by Richard Lawry at 7:16 AM