My An Arkie's Faith column from the December 2, 2020, issue of The Polk County Pulse. 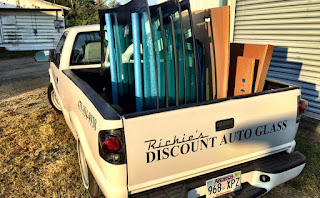 The first orange hued rays of sunrise emerged in the east as I pulled my Chevy S-10 shop truck up to the storage building. My auto glass supplier from Little Rock drops off my order early in the morning each Tuesday and Thursday. I was anxious to get the glass loaded into the truck and head for my shop. I had a busy day scheduled. When I finished loading my truck, I went over my order and found that I was short one windshield. I rechecked the racks in the storage building, but the windshield was not there. “Oh no,” I thought, “this isn’t a good start to my day.”

When I realized which windshield was missing, my heart sank. How could so many things go wrong with one job? A week and a half earlier, I had ordered a windshield for a Dodge Charger and set up a time for the customer to drop the car off. But when the time came to do the job, I found that my supplier had sent the wrong glass. To make matters worse, they didn’t have the correct windshield in stock, and it would be a week before I could get the one I needed. The replacement windshield was supposed to be on today’s order. I was not looking forward to calling my customer and telling them that we had a problem once again. 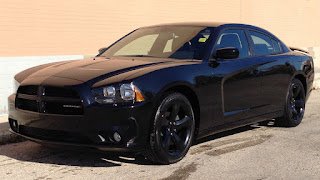 When I pulled into my shop’s driveway, I saw that the Dodge Charger was already there. My customer had arranged to drop her car off early in the morning. I was going to have to call my supplier and find out what had happened. “How many things can go wrong with one job,” I thought. It was the Tuesday before Thanksgiving, and I would not be getting another shipment of glass this week. It would be another week before I could do the job. As I opened the shop and turned on my computer, I already had a couple of voicemails. It might be just a couple of days until Thanksgiving, but I was not in a thankful mood.

Before I could even listen to my voicemails, the phone rang. The caller wanted to get his backglass replaced. I told him that it would be a week before I could get the glass because of the Thanksgiving holiday. When I got off the phone, I called my supplier to determine what happened to the windshield that was not delivered. They told me they could not find the windshield in the warehouse the night before, but they had located it now. Because it was their mistake, they agreed to make an extra delivery run that night. At least I could tell my customer it would only be one day before I could do the job, instead of one week.

Since I was getting a delivery that night, I called the customer who needed a backglass and told them I could do the work the next day, explaining the extra delivery because of the warehouse’s mistake. Before the end of the day, I had three more customers who needed work done and were happy to get it done before Thanksgiving. Because of my supplier’s mistake and the extra delivery, I could do four jobs that would have had to wait for a week otherwise. 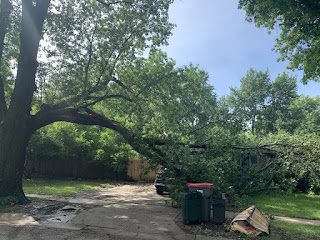 As I made the early morning trip to pick up my glass order, I noticed many branches down from the storm the night before. I breathed a sigh of relief when all my glass was in the storage building. As soon as I reached my shop and opened for business, the phone started ringing. There had been a lot of damage from the storm the night before, and many customers needed glass replacement. By the time the day was over, I had nine jobs scheduled for the week after Thanksgiving. I was thankful for the work and thankful that I could get four jobs done before Thanksgiving because of the lost windshield.

As I was thinking about the lost windshield and how upset I had been when my supplier had not delivered it, I realized that in the end, it had been a blessing. When my Momma was alive, she would call things like this “a God thing.” If something unexpected and providential happened to her, she would say, “it’s a God thing.” Whenever a “God thing” happened in her life, she was eager to tell me about it. We are often totally unaware of how God is looking out for our best interest. When things are not going well for us, we are very aware, but when things are going smoothly, we don’t stop to think about how God is blessing us. 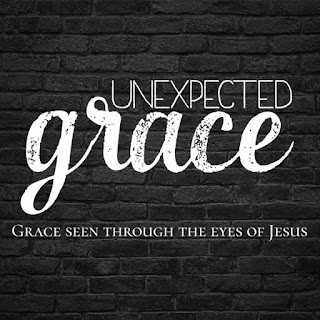 God’s grace often pops up in places that we never expect, such as a lost windshield. I think that the key to understanding grace is to realize that it is unexpected. Christians focus on the fact that God’s grace is undeserved. It is true; grace is undeserved, but it is also unexpected. That is what Paul is trying to get us to see when he wrote in Ephesians 3:8 (NKJV), “to me, who am less than the least deserving of all the saints, this grace was given.” He seems to be almost unable to believe it when God offered grace to him. It was unexpected. Maybe that is why Paul talks about grace more than any other Bible writer.

Gentle Reader, look for the unexpected today. Ask God to open your eyes. Look for grace in unexpected places. I know that you will find it. Paul tells us in 1 Timothy 1:14 (TPT), “I was flooded with such incredible grace, like a river overflowing its banks.” Like Paul, I am flooded with grace. Some days that grace might be a lost windshield. What unexpected grace will you find today?